How Venettini Is Moving Into New Territory 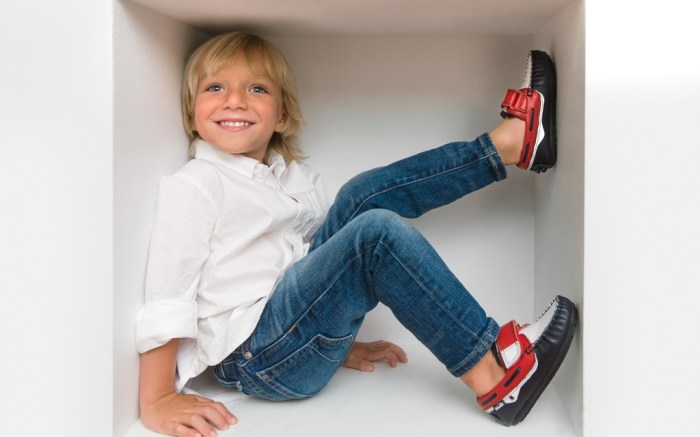 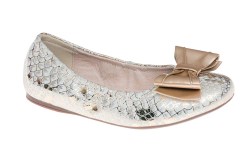 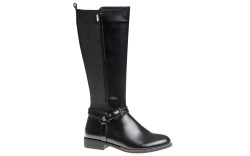 Venettini will spread out in two directions this fall.

The European-inspired children’s brand, developed and launched in 1990 by Miami-based Kinderland Inc., will introduce a lower-priced diffusion line, as well as its first soft-sole baby shoe collection.

“[The launches are an opportunity] to introduce our product and brand to a broader segment of the market,” said Paul Farago, COO of the family-run firm.

Priced from $50 to $65, the Ven by Venettini diffusion line features the same European flair and styling as the core collection, which retails from $65 to $90, but it utilizes synthetic leathers and other more-affordable materials. Farago said Ven allows the brand to tap into new distribution channels not only in the U.S. but overseas, in markets where price can be a hindrance. “We do some international trade shows like Bubble and GDS, and we’ve been approached by retailers from countries such as Lebanon, Mexico and India that love our product but can’t sell those higher price points. So we decided to create Ven, [being] careful to differentiate the product [from our main line],” Farago explained.

The baby collection, meanwhile, offers smaller versions of some of the label’s most popular loafers, packaged in gift boxes. Retailing from $35 to $45, My First Venettini was created in response to growing requests from clothing boutiques seeking crib shoes to complement their layette offerings. “We hope to build this into an important category. It’s a great way to introduce new moms to our brand,” Farago noted. “Baby shoes are a very different business for us, in terms of the sourcing, manufacturing and distribution, but so far the response has been good.”

The launches highlight several years of strong growth for the nearly 25-year-old brand, which reached a major turning point in 2008. At the time, Venettini was one among more than a dozen collections in Kinderland’s stable. Through the years, the firm managed U.S. distribution for numerous European designer labels including Dolce & Gabbana and Roberto Cavalli. But when the global recession put a dent in the high-end market, Kinderland shifted gears to focus on growing Venettini.

“The import collections got so expensive, and the factories in Europe started not doing well and delivering late. It was creating a lot of problems. We realized we had this great brand of our own that we could build. So we changed our business model from distributing other labels to concentrating on Venettini,” Farago said.

Following the change, one of Kinderland’s early moves was to put more muscle into marketing. The company hired a PR agency to promote Venettini to influential bloggers, as well as print and TV media. The publicity helped raise brand awareness and attract a celebrity following that now includes children like Mason Disick and Suri Cruise. “Our celebrity clients have put our brand in front of consumers worldwide,” Farago said. “We’ve seen the biggest boost internationally. A lot of opportunities and new retail partners have found us [as a result of the press].”

Kinderland also took Venettini global, targeting Europe, Asia and parts of the Middle East. International retailers now account for 20 percent of sales, and Farago said he expects that number to grow. Next year, the brand will move into additional markets including South Korea and India.

In the U.S., Venettini remains a staple at upscale department stores including Saks Fifth Avenue and Nordstrom. The label also does a significant business with better independents across the country, among them A Shoe Inn in Cedarhurst, N.Y.

Store manager Michael Rendler said A Shoe Inn has a large and loyal following for Venettini, thanks in part to the brand’s attention to detail and sophisticated styling. “We carry a few loafer brands, but Venettini is always on the cutting edge with the designs. They keep pushing it forward each season with great new patterns and materials,” Rendler said, adding that the addition of the Ven line is a smart move. “There are many customers who wish they could afford a nice Venettini loafer. This is a great way for the brand to broaden its customer base.”

Caroline Mitrus, owner of Baltimore-based Petit Feet, said Venettini’s large offering — the label debuts as many as 450 new loafer SKUs each season — is a big plus. “Venettini carries tons of different styles in such a huge color assortment. With so many options, it allows us to differentiate our store. And we can pick any loafer and know it’s going to be a sure thing. Venettini shoes are always top sellers.”

Looking ahead to spring ’15, the brand plans to expand its sandal and casual sneaker offerings, as well as grow its women’s business in a more serious way. Since 2008, Venettini has offered a small selection of women’s mocs and ballerinas that retailers can sell alongside the kids’ shoes, but it will now open distribution to core women’s boutiques.

With the new initiatives, Farago said Kinderland is bullish about Venettini’s growth potential. “We’ve built a loyal following very organically over the last 25 years. Now there is a generation who grew up wearing Venettini as kids and want their own children to wear our shoes. Allegiance to our brand is starting to be passed down to the next generation.”