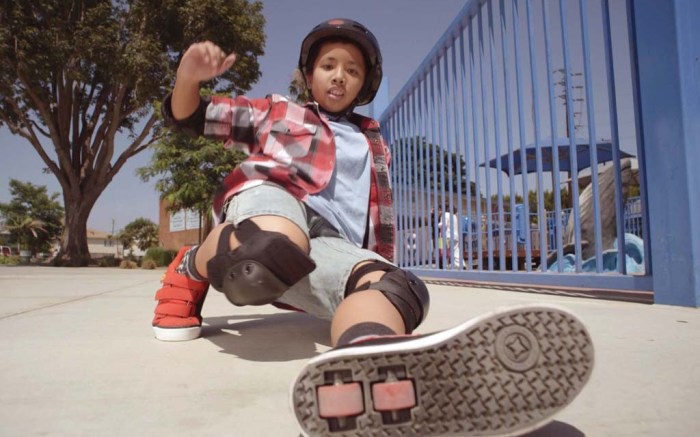 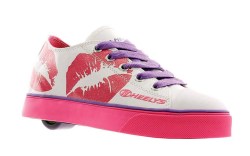 Heelys is back on a roll.

Under new owner Sequential Brands Group, the wheeled shoe brand is regaining momentum at retail, as it puts in motion aggressive growth plans that include revamped product, a major global marketing push and expansion into new categories.

Rick Platt, group president of Sequential, which acquired Heelys Inc. in January 2013 in a $63.2 million deal, said the company’s strategy focuses on looking at the 15-year-old brand as not simply a sneaker with a wheel but as a lifestyle.

“These 5- to 12-year-old kids — what else are they wearing? What else are they into? We came up with the idea that Heelys is all about fun, movement and wheels,” Platt said. “If you start to let your mind go, it’s about bikes, scooters, skateboards, protective gear, accessories, T-shirts, even toys. We believe there is potential to take the Heelys brand into many different product categories.”

But Platt said the first step is fixing the core footwear business, which in recent years has suffered from lackluster product, inventory and distribution issues and declining sales. Immediately upon acquiring Heelys, Sequential signed BBC International as its worldwide footwear licensee, a move Platt said has been critical in convincing retailers to take another look at the brand. “BBC has incredible retail relationships and brings tremendous credibility to the conversation,” said Platt. “They’ve done a lot of work in figuring out what was wrong with the business and what retailers didn’t like about the product.”

BBC’s design team spent several months overhauling the line, creating new packaging and stepping up the styling of the shoes.

“Whatever is going on in the athletic area, we’re bringing it to the Heelys line,” said Bob Campbell, BBC’s chairman and CEO. “We’re hitting all the trends — whether it’s bright colors or new materials — and giving the product a fresh, different look.”

BBC also added a distinct girls’ line for the first time. “A girls’ offering was a huge missing piece,” Campbell said. “[In our research, we found] the Heelys business was split 50/50 between boys and girls, but girls were [forced to] buy the boys’ styles. Now we have shoes designed specifically for them.”

The revamped line, priced slightly higher at $50 to $70, debuted in stores in November, and Campbell said sales have been brisk. “We have some retailers already seeing 35 percent to 40 percent increases. It’s been phenomenal. Sales on Heelys.com also are on fire,” he said, noting even bigger gains are projected for 2014.

Zappos.com, which has carried Heelys since 2006, had one of its best seasons to date with the brand, according to buyer Heather Chodorov. “We sold almost double what we sold last year [and] at higher price points. In a year when we saw a more price-conscious customer, especially in the kids’ world, the Heelys customer didn’t mind paying full price for the new product,” she said. “BBC has done an amazing job with colors and bringing in more youthful silhouettes.”

As part of Heelys’ growth strategy, Campbell and his team are working to expand distribution beyond shoe stores and family chains to include more athletic and sporting-goods retailers. “We’re really opening this up and looking at new channels,” Campbell said. “Sporting-goods stores, in particular, are a big growth avenue.”

Growing the brand overseas also is a focus. BBC is working with a network of 18 distributors in 50 countries. Strong markets for the brand include the U.K., Italy, Germany, Australia, New Zealand and parts of Asia. “We’re not in China yet, but we hope to get there soon,” Campbell said, adding that his company is bullish about Heelys’ long-term potential. “We’ve always liked the brand, but the business was mismanaged by people who didn’t know the footwear business. We do know the business, inside and out, and we believe we can take Heelys to the next level.”

To rebuild consumer awareness, Heelys last fall kicked off a global marketing campaign that includes a relaunched website, TV ads and video billboards outside the Toys R Us flagship in New York’s Times Square. Social media will be an important platform as well, as the brand looks to connect with Heelys’ fan base. “There is so much great fan content out there, from videos of kids [skating and doing tricks] to Heelys street teams,” Platt said. “We want to tap into that.”

Once the footwear business is solidly back on track, Heelys will turn its attention to introducing additional categories. BBC already is developing a line of protective gear, and a newly signed accessories licensee, 5 Horizons, will launch bags, backpacks and other items for back-to-school. In addition, Sequential is in talks with several national chains about doing a direct-to-retail license for bikes and scooters. By 2015, category launches will ramp up further, Platt said.

“We did some research, and the number of moms and kids out there who already think there are other Heelys products in the marketplace is quite large,” he added. “It demonstrates the huge potential of this brand.”