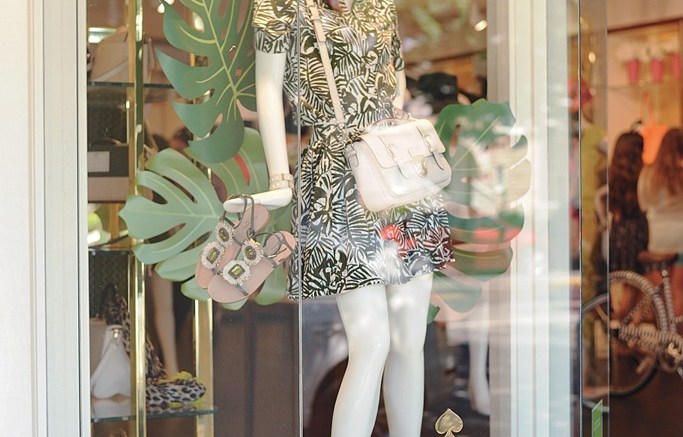 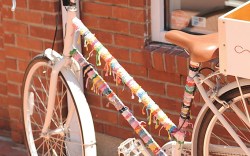 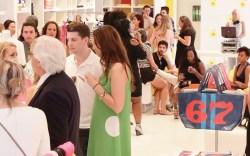 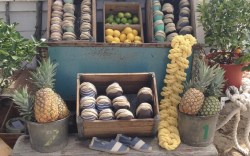 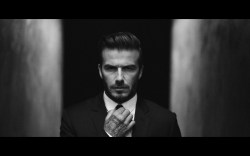 On a cloudy Sunday afternoon in late July, crowds of shoppers — from trendy teens to ostentatious octogenarians — strolled Main Street in Southampton, N.Y.

At Tenet, a boutique that specializes in emerging labels, owner Jesse Warren showed off the Soludos “beach bar” shop-in-shop and previewed new fall styles from Charlotte Olympia. The store, which also stocks Golden Goose, Common Projects and Sophia Webster, among others, has been seeing major momentum in its footwear business.

Across the board, “it’s been our best summer yet,” Warren said. To further expand its presence, the retailer is also rolling out an e-commerce site that offers same-day delivery in the Hamptons on select looks. “We’ve been in business for four years, and a lot of people out here know us now,” Warren said.

A few blocks away on Jobs Lane, longtime retailer Jildor has enjoyed a loyal client base for decades. This summer, the store, which stocks men’s and women’s shoes at a variety of price points, has also experienced a boost from new consumers. “All of the shops on the street are filled, and there is a lot more traffic,” store manager Nicole O’Connell said. “Business is definitely better than last year.”

To fuel buzz, Jildor hosted last month an in-store event with Sam Edelman, and O’Connell said crowds of consumers were eager to meet the designer and shop for his styles. “We sold so many pairs of shoes in just a few hours,” O’Connell said.

Throughout Southampton and across the upscale communities of eastern Long Island, the retail mood was largely upbeat. While there have been a few recent closings in the area — including Bridgehampton shoe store Joan Marie shoes — more fashion players are vying for spaces, according to real estate insiders.

“The Hamptons are now as sought after as New York City. We’re finding the demand is getting even stronger,” said Faith Hope Consolo, chairman of The Retail Group at Douglas Elliman. The broker added that vacancies are much lower compared with a year ago, while rents in the most sought-after areas have remained stable. (In Southampton, for instance, storeowners pay from $125 to $150 per square foot, while in East Hampton they shell out between $150 and $175, Consolo noted.)

Consolo said the activity is being fueled in part by the influx of overseas visitors. “Not only do so many Europeans rent here, but many have purchased homes,” she explained.

In a bid to capture those consumer dollars, several big names opened permanent shops in East Hampton this summer, including Lisa Perry and Kate Spade. “Our customers have been asking for a store in the Hamptons for a long time,” said Deborah Lloyd, president and chief creative officer for New York-based Kate Spade New York.

Last summer, the label tested the market by launching a delivery service to the area from its Madison Avenue flagship. That initiative proved to be successful, so when a permanent store location popped up on Newtown Lane, Kate Spade seized the opportunity.

Two months after opening, Lloyd said the response among shoppers has been positive. “We are starting to see regular clients who come in and shop our new deliveries,” Lloyd said.

She added that it was critical to merchandise the store for a vacation-minded consumer. “We thought about the location and the customer when we looked into our shoe assortment,” she said. “We know she spends her days at the beach, but she is also social and loves to get dressed up.” Among Kate Spade’s best-sellers this season: the brand’s floral-print “Licorice” pump.

Putting together the right mix of product has been important for more established retailers in the area, too. At Shoe Inn, an East Hampton mainstay, owner Billy Lawson said he has added more men’s styles over the past few seasons. Plus, this year, he brought in fall merchandise in July instead of August.

“There is more interest in boots, especially because the weather has been chillier than usual,” Lawson said, adding that the store’s top-performing brands of the moment include Birkenstock, Vince, Ash, Steve Madden and Bernie Mev.

Nearby, Sneakerology reported a flat July after sizable increases in May and June. Owner Gary Dworetz said he expects activity to pick up this month when the back-to-school season kicks into high gear.

In terms of leading brands, the storeowner said Nike is more dominant than ever, with Asics and New Balance showing strong results as well. Also, the women’s segment is on fire, he added. “We do considerably more business with women than men,” he said.

Farther east, Montauk continues to evolve into a bigger retail destination, although much of the heat is still focused on restaurants and nightlife.

Nevertheless, several stores continue to ramp up their emphasis on footwear, including Share With…Montauk, a boutique that focuses on sustainable, recycled and fair-trade clothing and accessories.

“We don’t sell anything that is mass-produced,” said owner Joelle Klein, noting that shoppers respond to the mix of hard-to-find footwear brands such as France’s Bosabo and Greek sandal labels Valia Gabriel and Isapera. “This year, we sold out of a lot of our sizes in July,” said Klein, who opened the business seven years ago. “More and more people are coming to us because our selection is a bit different from brands they can find in New York and other parts of the Hamptons.”

Soludos chose Montauk hot spot The Surf Lodge as its partner for a pop-up store this season, the brand’s second major initiative in the Hamptons area.

Soludos founder Nick Brown said he had already established a strong relationship with the Surf Lodge and had been outfitting its staff for several seasons. He added that the timing was right to make a bigger splash as Soludos continues to expand beyond its core espadrille style. “We wanted to show the breadth of our offering, and the Hamptons is the perfect home for Soludos and our customer,” Brown said.

Finally, at Kai Kai Shoes, which has a store in downtown Montauk and a second location at Gosman’s Dock, owner Kai Costanzo said the increasing popularity of Montauk has been a boon for business. “Our downtown store just had its best July ever,” he said.