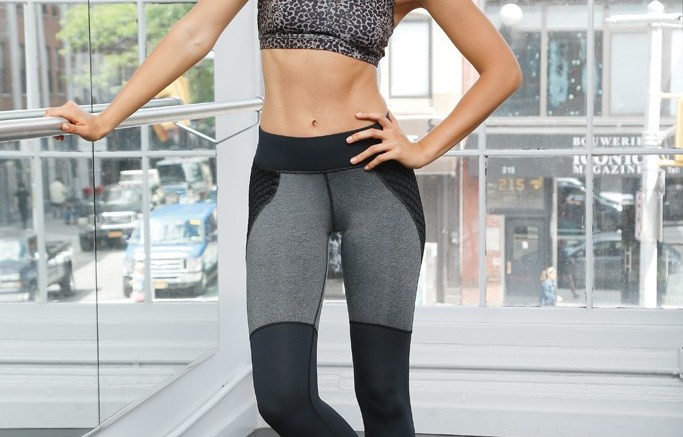 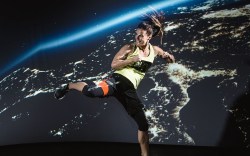 Athletic-chic has never been hotter, both in the gym and on the street.

As women increasingly choose workout tights, tanks, jackets and sneakers as wardrobe staples, brands are capitalizing on the burgeoning trend.

“It’s become cultural now. If you look at celebrities or models, they’re often photographed leaving the gym, wearing [what they have on] to their next occasion or wearing it all day,” said Dave Dombrow, VP and creative director of footwear at Baltimore-based Under Armour. “There’s this seamless transition that didn’t exist before, but it’s in fashion to be fit.”

Nike Inc., Dicks Sporting Goods Inc. and Foot Locker Inc. all flagged the women’s business as one of their major opportunities for 2014 and beyond. Reebok and Under Armour have hired new teams to better target the women’s business, a $4.8 billion market that after months of stagnation has started showing promising growth, according to Sports-OneSource analyst Matt Powell.

Fashion players also are getting in on the action. Swedish fast-fashion giant H&M launched H&M Sport at the beginning of the year, Tory Burch has said she will add activewear to her namesake label in 2015 and a number of new, smaller labels have popped up, too. And while they’re not focused on performance, luxe labels such as Chanel and Dior have made a splash with sneakers on the runway.

There’s no doubt that competition is fierce in the athletic space, but brands are benefiting from a wider consumer audience.

“We love it when sneakers and athletic gear are in fashion,” said Matt O’Toole, president of Canton, Mass.-based Reebok, a division of Herzogenaurach, Germany-based Adidas, adding that the trends are helping to attract a broader range of consumers.

O’Toole noted that Reebok, which formally reorganized itself as a fitness brand in February, has seen its sales balance move even closer to 50-50 women’s and men’s — an unusual trend in the male-dominated athletic industry.

“We’re not seeing [a big difference] in what women need for activities and the street,” O’Toole said. “We see fitness as being more than an activity, but a lifestyle. And there’s still space ahead of us.”

At Asics, the women’s business is outpacing men’s, according to Tom Garza, director of performance footwear at Irvine, Calif.-based Asics America. “We are seeing there is a much faster and higher lift on the women’s side. She’s buying more and she has more choices. For her, there’s a lot of opportunity and change,” he said.

Garza added that the growth of targeted fitness classes prompted Asics to expand its women’s spring ’15 line, offering a roughly 20 percent larger lineup of end use-specific styles for boot camp, fitness and crosstraining. The label’s fitness-focused Gel-Fit Sana shoe, which begins delivering next month, will be available in a wide variety of prints and solids, and represents a new direction for the firm.

The brand’s spring ’14 streamlined Speedform StudioLux style was the first in a family of products with that in-gym-and-out look and function. “Under Armour has never done products that are studio, low impact, wear all day, where you can dress them up, but it’s still very seamless and performance-oriented at the core,” Dombrow said. “But you’ll see more of that going forward.”

Greg Zuckerman, running footwear buyer for the Boston-based City Sports chain, reported that shoes with a fashion edge are doing well and will be a focus for spring ’15.

“I take performance into account, but as more people are buying shoes to fit an outfit, you have to look at aesthetics,” he said.

Zuckerman added that all-black shoes have been strong performers. In particular, the sophisticated-looking Adidas Energy Boost has driven “tremendous” sell-through, he said.

City Sports also is placing bets on shoes in solid colors, too — such as an upcoming pack of bright running styles from Brooks — or in white with a single color accent.

As vendors ramp up product, analysts cautioned that athletic players need to carve out spaces where women want to shop.

“The biggest challenge in some ways for the brands is still [how] to best distribute the product,” said Mitch Kummetz, an analyst at Robert W. Baird & Co. “Something we’ve learned through our consumer surveys is that women are open to the idea of buying Nike, Under Armour and those types of brands, but their preference is to buy from a specialty store that caters specifically to them.”

The rise of Lululemon, which grew to $1.6 billion in annual sales in 2013 despite many well-publicized troubles, has shown the industry the kinds of shopping environments and product that appeal to women, market watchers said.

To that end, in March, Urban Outfitters launched an active lifestyle nameplate for women and men — Without Walls — that operates as a website and shop-in-shops in select Urban doors throughout the country. And Net-a-porter.com is rumored to be supplementing its already-significant designer-label activewear business with a dedicated site by the end of the year.

Carbon38, a fitness-fashion e-commerce site founded by two former ballet dancers and Harvard classmates, launched in January 2013 to give women the kind of boutique shopping experience that co-founder Katie Warner Johnson said was lacking. “As chic women, we’re used to shopping across brands for every other piece of our wardrobe — a different brand of shoe and handbag and cocktail dress,” she said. “So to walk into a store and be spoon-fed a specific brand, then you show up at [fitness studio] Physique57 wearing the exact same thing as everyone else, it’s so counterintuitive.”

To that end, Carbon38 stocks multiple brands as part of its edited assortment and provides editorial content on styling the trends.

Indianapolis-based Finish Line’s deal with New York-based Macy’s to sell athletic footwear in the department store has given Finish Line a much broader platform to reach women where they’re already shopping.

In its own stores, however, the athletic chain is trying to figure out the best way to target female clients. “It’s harder for the [woman] to feel she’s the main target, but that doesn’t mean we don’t want to talk to her,” said Jeff Morell, SVP and GMM at Finish Line. “Over the last 18 to 24 months, we have focused more on her.”

The firm’s marketing — including an active Pinterest presence, targeted emails and posts on Finish Line’s blog and Instagram accounts — helps reach that customer. The retailer just launched its first women’s ambassadors program, which taps fitness- and fashion-focused bloggers to tell their stories, and the company said women make up the majority of shoppers online.

New York-based Foot Locker is focusing its efforts on the brick-and-mortar arena.

“Women’s is one of the more challenging businesses,” said Foot Locker Chairman, President and CEO Ken Hicks. “We knew we were doing it wrong, and we wanted to get it right.”

An overhaul of the Lady Foot Locker nameplate and the debut of the fitness-oriented Six:02 doors have shown good results, with low single-digit comparable-store sales increases in April, according to the company.

While the firm is still searching for the magic formula, Hicks said the opportunity is a big one. “More women are working out now than ever before. It’s a lifestyle,” he said. “[Athletic and athletically styled gear] is comfortable, easy and makes women feel and look good, and we want to take advantage.”