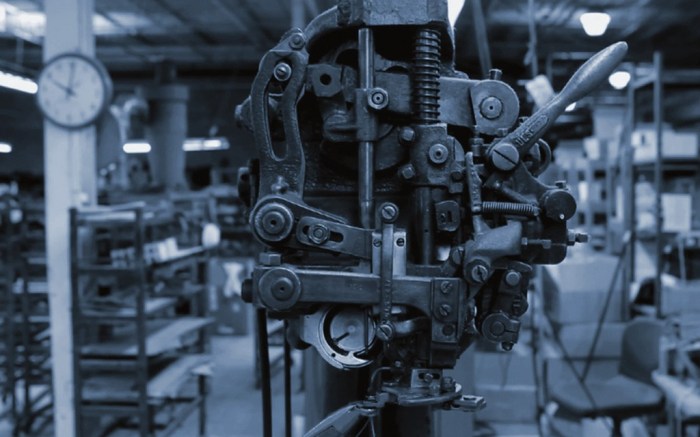 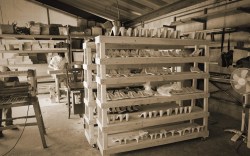 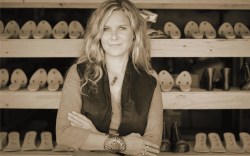 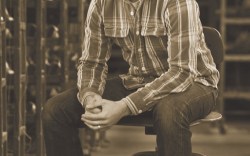 Getting off the elevator at the Modern Vice offices is like a trip to the Garment District of yesteryear — stacks of leather, the smell of glue and the steady hum of machines and around 20 workers stretching leather over shoe forms. But the footwear factory, owned by the Adoni Group and opened in 2012 by Modern Vice founders and brothers Jordan and Jensen Adoni, isn’t in China, Bangladesh or Vietnam — it’s in Manhattan, just blocks from Times Square.

The Modern Vice factory is one example of what President Barack Obama and Congress regularly describe as a “manufacturing renaissance” in the U.S. The president made it a centerpiece of his State of the Union address in January, and momentum behind a made-in-America push has never seemed stronger.

In January, Wal-Mart Stores Inc. announced a $50 billion commitment to purchase domestically made goods over the next decade. Within the past year, footwear brand Keen declared its intent to ramp up production in the Portland, Ore., factory it opened in 2010 by adding two new styles. This month, Elan Polo International heads to Georgia to open a factory that is expected to create 250 jobs and make 20,000 shoes daily. And longtime American-made giant New Balance has expanded over the years to include five Northeastern factories with around 1,300 workers.

But if companies want the States to be a major shoe manufacturing hub again, they have a long way to go.

Imports still accounted for 98.6 percent of shoes purchased in the U.S. in 2012 (the latest year figures are available), according to the American Apparel & Footwear Association. However, the figure did represent a challenge to a 30-plus-year trend, as domestically made product grew 9 points that year to 1.4 percent, compared with 2011 figures.

Long Beach, Calif.-based men’s brand Broken Homme is one of the companies driving up that statistic.

The brand launched in the U.S. in 2012 after doing the math for its business plan: Citing the expense and time commitment of travel, as well as quality control and incredibly high factory minimums, Jim Leatherman and Josh Johnson opted to produce their line stateside.

“The pricing was actually competitive enough we could have a stake in the game and be price-conscious for our consumer,” explained Leatherman.

After manufacturing in the Midwest since the debut, the founders are now in the process of opening a factory in Los Angeles for custom projects and design. All carryover styles will continue to be made at their current facility.

But experts said there is much that needs to happen before footwear can claim a real manufacturing renaissance. For small businesses and big players alike, the U.S. manufacturing infrastructure has lagged, and sourcing raw materials almost always involves looking overseas.

Broken Homme’s Leatherman acknowledged that it’s a challenge even to find suppliers.

“You’re having to hunt things down and make relationships with manufacturers,” he said.

The domestic workforce is also one of the most expensive to hire and train. In China, the average footwear factory worker makes $1.90 an hour. That’s quite different from the federal minimum wage of $7.25 in the U.S., where only around 1.3 percent of the total footwear workforce is in manufacturing, according to the American Apparel & Footwear Association.

“The top three challenges for U.S. manufacturing? First it’s labor cost, second it’s labor cost, and third it’s labor cost,” said Matt Priest, executive director of the Footwear Distributors & Retailers of America. “Footwear is a relatively labor-intensive industry. It’s the skill set; it’s a craft. And finding enough people to teach the craft and who know the craft, those are some of the real issues that will be an impediment to the domestic development of manufacturing of footwear.”

Calleen Cordero, whose namesake artisan women’s line is made at her facility in Los Angeles, cited her largest expense as the factory’s payroll. Similarly, the Adoni brothers named labor as another reason for having to move production of some of their mass-market footwear to overseas. (Modern Vice Collection and ice skating line Klingbeil are made in New York.)

Another problem hampering firms that make handcrafted, higher-end shoes, which have long been part of the U.S. manufacturing sector, is a continuing loss of shoemaking knowledge.

George Vlagos, founder of Chicago-based contemporary men’s shoe line Oak Street Bootmakers, said it was a challenge to find artisans to make his line and also replace an older and skilled workforce at his Maine factory.

“It truly is a dying craft,” he said. “When our patternmaker passed away a year ago, he didn’t have an apprentice and everything he knew is now gone.”

All of it hinders growth, said footwear executives.

“There’s enough support for day to day, but there’s not enough support to grow as much as we want long term,” said Jordan Adoni. “There’s only so much you can do here because labor costs are so high and shoes are so detailed [that production] has to be really scaled. [Made-in-America] is a big part of who we are, but it’s not all we are.”

Jensen Adoni added, “You hear about [U.S.-made products] during election season, and then it disappears. The ripple effect this has on the economy is major. We’re looking to do something positive and do the things they’re talking about, like creating jobs.”

Industry watchers said the conversation about made-in-America today is at an all-time high, which could help turn the tide.

“One thing buzz does is it gets the sourcing executives and C-suite executives to ask, ‘Is there a business opportunity for us here?’” said Steve Lamar, EVP of the AAFA.

Getting large stakeholders in the game has helped, too.

Elan Polo credits Walmart’s commitment to buying domestic product for enabling the firm to build out an injection-molded footwear factory in Hazelhurst, Ga., a city where unemployment has persisted around 15 percent.

“We’ve always wanted to do something like this here, but without someone like a Walmart behind it, supporting you, it’s a long duration to get up and running in the U.S. Without them, we wouldn’t have gone after it,” said Elan Polo EVP Jeff Kirby.

The attention being given to domestic production also motivates shoppers.

Vlagos noted that the changing mindset of the U.S. consumer has helped his business grow to 10,000 pairs of shoes a year, a number certain to jump as the brand expands into several Nordstrom stores this year. Vlagos said he has benefited more from the consciousness of the consumer than any overarching push from government to boost U.S. product.

“Since customers are now willing to buy, it’s allowing people to [start to] manufacture in the U.S. and helping brands that are already here to grow. It’s naïve to say it’s anything other than that,” Vlagos said. “We see the Super Bowl ads about manufacturing automobiles in Detroit and things like that. Those help resonate beyond automobiles and remind people of the other things that are made here.”

Boston Boot Co., a small U.S.-made men’s footwear brand, turned to crowdsourcing last winter to help launch its first collection. A Kickstarter campaign raised around a quarter of a million dollars — well past the goal of $25,000 — and the brand shipped its first orders early this month. The overwhelming support has enabled fast expansion for the budding brand.

Keen said its two new U.S.-produced styles — the Durand and the Braddock — were a long-term goal for the company and became possible thanks to consumer interest.

“The way sourcing goes today, everyone is looking for new sourcing resources. Having U.S. manufacturing close to [our headquarters in Portland] gives us flexibility for the future. We’ve got the capacity to grow and would be able to continue to climb to a higher capacity if needed, based on the acceptance of the product and our ability to make better products here,” said Ron Hill, VP of merchandising.

But is it enough to drive the sort of change at the legislative and business level that could fuel a real resurgence?

“If the U.S. wants [manufacturing back], it needs to broadly create a competitive environment that enables companies to feel that they can set up a manufacturing facility and hire workers and carry out a business plan that is predictable and long term,” Lamar said. “Sometimes that involves state and local incentives. Sometimes that involves the federal regulatory environment.”

In the meantime, the Modern Vice factory will continue to make made-in-America a focus, whether that means relying solely on domestic production or a mix of at-home and overseas manufacturing.

“You can chase this thing all day long, but you must be realistic about what you can do here,” said Jordan Adoni. “We’re still finding our landing spot, but we’ve figured out how to make [this factory] work.”

“People kept telling me to go overseas,” she said. “But what I knew was I could do something in the U.S. that couldn’t be done abroad because it was so labor-intensive. So we started with a roll-top garage with three styles, and 14 years later, I have a factory and 50 employees [and two stores of my own].”