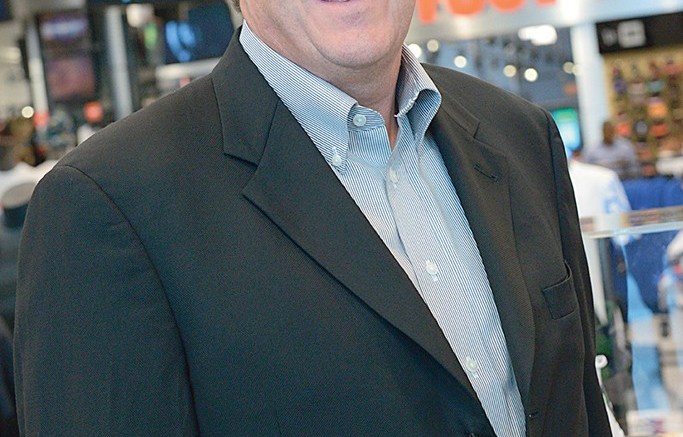 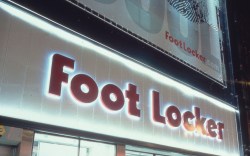 Since planting its first store in Europe in 1989, Foot Locker has aggressively grown its footprint across the continent.

$2 billion in international sales. But Richard Johnson, Foot Locker’s COO and EVP, said the company has only scratched the surface.

“We constantly look for and evaluate new territories to move into, but right now, given the opportunities we see, Europe continues to be where our energy is focused from a growth perspective,” he said. “We believe there is still significant door expansion potential in every one of the 19 European countries in which we currently operate.”

In particular, Johnson cited underpenetrated markets such as France, Poland, Turkey and Scandinavia as ripe for expansion. “For example, when we look at Turkey, where we have three stores in Istanbul, we see potential for our door count to be significantly higher,” he noted. “There is a lot of room for growth.”

Foot Locker also has 220 stores in Canada, Australia and New Zealand, as well as 73 franchised locations in South Korea and the Middle East. But Europe remains the big bull’s-eye.

Last year, the retailer took an even bigger stake in the region with its $94 million acquisition of Runners Point Group, a well-established German retailer with a network of nearly 200 stores under the Runners Point, Sidestep and Run2 nameplates.

In addition to significantly raising Foot Locker’s door count, the acquisition gives the company an opportunity to better segment its customer base across multiple store banners in Germany, its largest market outside the U.S.

Boosted by the addition of the RPG stores, the retailer continues to see strong sales momentum throughout Europe.

In fact, in the the second quarter of 2014, Foot Locker Europe posted a comp-store sales gain in all 19 countries in which it operates. Footwear comps were up in the double digits.

“We feel good about our European business,” Johnson said. “We do face fairly significant in-country competition, but our American DNA and great product selection, combined with the deep-rooted sneaker culture that exists in Europe, are helping to fuel our growth there.”

The children’s business, in particular, is seeing robust sales gains globally. The retailer has been testing Kids Foot Locker stores in parts of Western Europe and Canada for the last two years.

“When we look at crossing the globe with our other banners, Kids Foot Locker is the one that’s leading the way,” Johnson noted. “It’s a great opportunity to introduce kids to the whole sneaker lifestyle and then hopefully have them graduate to Foot Locker as they get older.”

He said Kids Foot Locker, which has 17 locations overseas, is targeting areas where the business is over-penetrated within its core stores, indicating the capability to support a stand-alone children’s shop.

The women’s category is another important piece of Foot Locker’s international business. On a square-footage basis, women’s merchandise is allotted more selling space in the chain’s European stores than in its U.S. doors. But the customer profile is different, Johnson pointed out.

“When you look at Europe, it’s more of a fashion or lifestyle buy as opposed to a performance/workout buy,” he explained. “That’s where our female-specific Six:02 concept [launched in 2012] could come into play. But we need to get the formula right in the U.S. first before we can think of expanding it internationally.”

Alongside its brick-and-mortar business, Foot Locker continues to develop its online platform overseas. The company’s European website, which serves nine countries in seven languages, enables the chain to cover key pockets of the region not currently served by its stores.

“Our digital business is growing quite rapidly,” Johnson said. “Our strategy there is no different than it is here in the U.S. We take a [holistic] approach: Our goal is to make our total sales grow, so whatever channel those sales come through, we’re happy with it.”

Regarding Foot Locker’s plans to further accelerate its expansion in Europe, Johnson said the company’s major advantage is its 25 years of experience on the continent, which has allowed it to cultivate a unique local understanding of each of the markets there.

“We’ve been at this a long time, so we know how to read a market,” he said. “That’s one of the benefits of having our [European] divisional headquarters in Holland: We have access to all the usual market and demographic data, but you need those feet on the street to observe consumers and what they’re wearing and to get a good sense of the competition.”

Though the brand mix is generally the same worldwide, Foot Locker’s assortment is tailored to individual markets. “The product is certainly very nuanced country by country and even by local market,” he said. “Look at Italy: The north of the country is very different from the south. Our merchant team does a great job identifying the right product for each of our markets.”

Across the board, however, running consistently outpaces all other product categories outside of North America.

In the first quarter, international sales of running merchandise were up in the double digits, led by Nike’s Air Max sneaker franchise and Adidas’ ZX Flux program. “Running is the [sneaker] silhouette of choice outside the U.S. There is a much bigger emphasis on the category in Western Europe and certainly Australia as well,” Johnson said.

Still, as an influential global retailer, Foot Locker strives to get customers to embrace other key trends and lines, such as basketball. “It’s our job to lead the marketplace. We want to show the European consumer the lifestyle aspect of basketball — that there are great silhouettes and product in that category,” Johnson said.

Camilo Lyon, an analyst at Canaccord Genuity, said that strategy is already paying off. “Basketball had mainly been a U.S. category, but now it’s picking up speed in Europe,” he said. “Foot Locker is executing well from a product assortment standpoint, with Nike a big part of that. Also, fashion trends are shifting toward basketball. It’s all playing to Foot Locker’s benefit as it expands in Europe. [The retailer] is synonymous with basketball at home, so building that category overseas is important as it enters newer markets.”

Though the average store footprint is smaller overseas — 1,500 square feet, compared with 2,400 square feet domestically — Foot Locker has been able to roll out some of its more successful shop-in-shop concepts abroad, among them House of Hoops, a joint venture with Nike.

“We see good success with House of Hoops everywhere,” Johnson said. “We opened one in Perth, Australia, [late last year], and that was the last geography that had to be covered [with the concept]. It’s premium retailing with a great partner in Nike, and it stands for something around the globe.”

While Foot Locker has had to navigate its international expansion amid a challenging economic environment, Johnson said it hasn’t slowed consumers’ demand for its brand.

“The economy has certainly impacted our business, but our consumers seem to find a way to feed their love for sneakers,” he said.

Echoing the company’s marketing tagline, Johnson added, “One of the things driving our success on a global basis is that consumers believe that if it’s at Foot Locker, it’s approved — it’s cool enough for them to wear. They know they’re getting the right shoe when they come to us.”