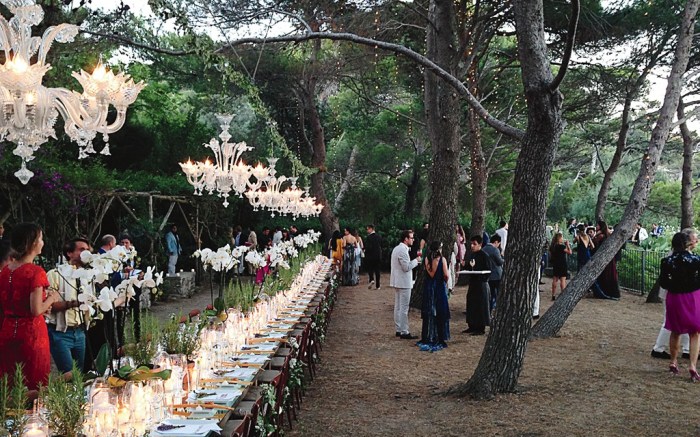 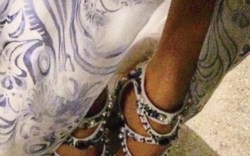 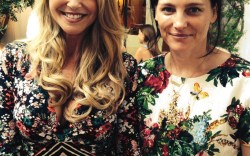 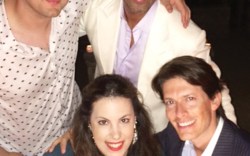 Wedding Bells
The fashion crowd had a front-row seat when men’s shoe designer Louis Leeman and Erica Pelosini wed in picturesque Capri, Italy. On hand: Nicholas Kirkwood, Brian Atwood, Olivia Palermo, Mary Katrantzou, Christie Brinkley and Aquazzura’s Edgardo Osorio, who crafted Pelosini’s off-white strappy sandals (paired with Pelosini’s Pucci gown) plus the bridesmaid shoes for the July 12 ceremony. “She wanted a strong, sexy shoe. We added something blue by making the sole in a baby blue,” Osorio said. The shoes weren’t the only thing custom-made — so was the setting. “It was impossible to find a daisy field in Capri, so we created one,” Leeman said. “Everything was brought to the location on luggage carrelli [carts], even the bride.” The bride’s favorite moment? “The arrival felt like [we were] walking in a fairy tale,” said Pelosini, co-creative director for Leeman’s brand. Before the big event, Spy spotted another footwear gathering, hosted by Footwear News’ own Michael Atmore. There, Simmons was introduced to Brinkley, and Kirkwood and Tabitha Simmons also made cameos.

U.S. Invasion
Harrys of London is crossing the pond. The British luxury brand, known for classic men’s styles, plans to open stores in several U.S. locations within a year. “It’ll be a three-city rollout: New York, Los Angeles and Miami,” Creative Director Kevin Martel said. And that’s only the beginning: Harrys, which already operates nine stores, is planning an aggressive, 20-store worldwide rollout in the next three years. “I’m going to take a vacation now because I’m not going to get one for three years,” Martel said. The stores will have stock displayed on library shelves, a decision that reflects the get-in, get-out shopping demands of today’s male consumers. “We won’t let them just climb the ladders, though,” Martel noted. Back home in London, the brand will host a men’s event at Harrods from July 29 to Aug. 4, with custom-colored sneakers made from Louisiana alligator skin, “all at a budget price of $8,000,” Martel quipped.