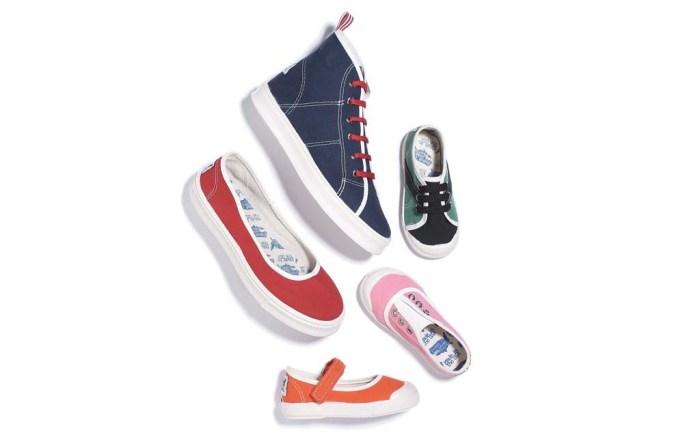 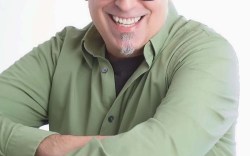 “There is a growing movement of consumers who are looking closer at what they buy and making a personal commitment to purchase American-made products,” said Cheryl Andonian, who co-founded Boston-based ShoeString (maker of Zooligans) with her husband, Joel Rusnak, and industry veteran Art Rogers. “Even though we are a small company, we believe we can impact positive change. We see United Shoes of America as being much more than just a shoe on a shelf. When you produce domestically, it has a ripple effect on the local economies and communities [where your suppliers and factories operate].”

Slated to launch in stores on July 4, United Shoes of America features a mix of classic canvas sneakers, including a low-cut oxford, slip-on, high-top, T-strap, ballerina flat and Mary Jane. All the materials and components are sourced from U.S. suppliers, from the dyed canvas uppers and the eyelets to the laces and even the packaging. “We had to do a lot of sourcing legwork to find those manufacturers,” said Rusnak, who designed the line. “It definitely takes effort — it’s not like in Asia where there are 15 different leather suppliers or 27 different grommet suppliers.”

Dealing with a limited supply chain brought certain constraints to the design process, but Rogers said the company is committed to keeping everything local. “We made this decision to do this and we’re going to do it authentically,” he said.

The line is targeted to independent retailers, where the company believes its made-in-America message will resonate most strongly. Offered in toddler sizes 4 to 10 and youth sizes 11 to 5, the shoes will retail from $35 to $50. Each pair comes with a reusable canvas shoe bag and will be packaged in boxes printed with a bold, red-white-and-blue flag design.

To market the brand, ShoeString will make a big push on social media platforms including Facebook, Pinterest and Instagram, as well as blogs that target moms and consumers interested in U.S.-made products. The company also plans to launch a Kickstarter campaign to raise funds and awareness for the venture.

The Designer
An industry veteran who has designed for brands including Saucony, Reebok and Converse, Joel Rusnak (below) partnered with wife Cheryl Andonian and former Converse exec Art Rogers to launch ShoeString Shoes in 2013. In addition to United Shoes of America, the company produces the quirky, animal-themed Zooligans line.

The Buzz
“Customers ask all the time for American-made [shoes], so it’s great to have something new to show them,” said Brian Sanders, owner of Little Chick Shoe Shop in Portage, Mich. “And unlike other lines that are only assembled in the States, every single component in these shoes is made here.”

The Inspiration
“The concept is simple: classic American styling,” Rusnak said, noting the decision to manufacture in the U.S. demanded a different design approach. “When you produce in Asia, you can just think of an idea and execute it. When you produce here, you almost need to design the shoes to fit the materials available and the capabilities of the factories.”