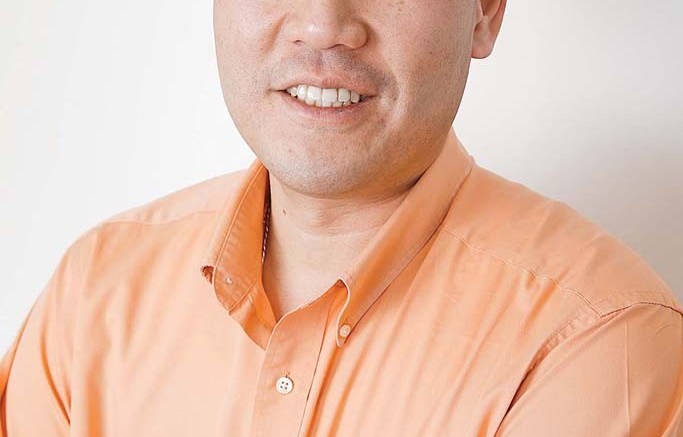 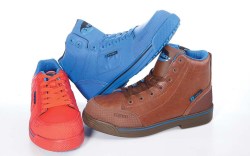 Wayne Lee has put a fashion spin on a utilitarian category. This fall, the owner of the Genuine Grip label will debut S Fellas, a line of colorful workboots with an urban sneaker vibe.

Lee said he discovered an untapped market in 2011, during a visit to an Alabama Hyundai plant to meet with safety directors to learn their footwear needs. There, he noticed that everyone wore basic black and brown workboots. So after working in the safety shoe business since 2007 (his Genuine Grip slip-resistant footwear targets the health care and hospitality markets), Lee decided he could bring this new idea to fruition.

“I knew how Americans did business working with U.S. customers,” said the South Korea native, who is now based in Garfield, N.J. “I saw a young, urban workforce wearing hip-hop jackets and jeans. I decided I had to do something for this market.”

S Fellas takes inspiration from current streetwear looks, with boots leading the way. The line’s offering includes the Stealth, an athletic-inspired look; the Thunderbolt, a Chelsea boot; and the Apache, a low-cut sneaker style. All the shoes are available in a broad color palette that includes red, blue and mustard, as well as basic black and brown.

More important, the entire line is equipped with the key safety features required by the construction and warehousing industries. Among them are slip-resistant rubber outsoles, composite toes and antimicrobial linings. Taking a cue from the athletic market, Lee incorporated foam and polyurethane cushioned midsoles for enhanced comfort. Retailing for $110 to $130, the collection will deliver in August to workboot retailers.

The Founder
Wayne Lee worked in his grandfather’s South Korea shoe factory producing private-label footwear for leading U.S. shoe brands before earning an MBA in marketing from American University. In 2007, he established his own business stateside, where he is joined by his wife, Julia Han, operations manager.

The Inspiration
Lee said he would like to see S Fellas reinvent the workboot category, similar to Under Armour in athletics. “The [product] is functional, but cool and different,” he said.

The Buzz
Ed Stone, president of Boot World, an eight-unit chain in San Diego, already does business with Genuine Grip and said S Fellas offers a unique perspective on the work market that is likely to resonate with young consumers. “We try to stay fresh and innovative, and this kind of stretch is healthy,” said Stone. “It’s a look with a pinch of rebelliousness.”