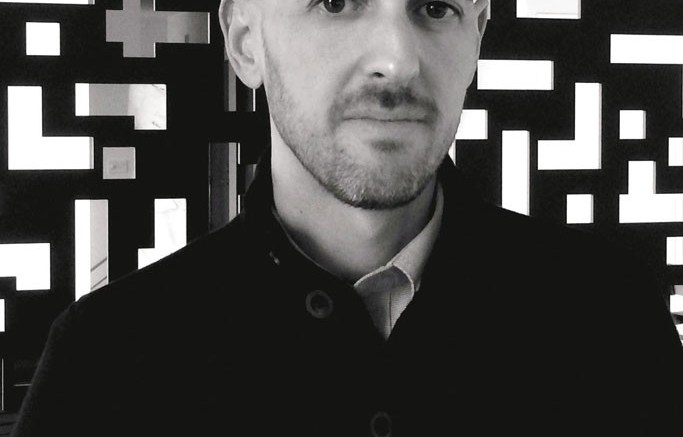 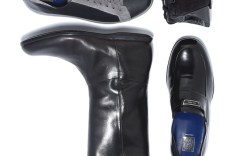 For his forthcoming eponymous men’s footwear collection, Jeff Roberts challenged himself to develop a luxury collection with the comfort and performance attributes of an athletic line.

The Ashland, Ore.-based executive, who previously ran an apparel company that made high-performance combat uniforms, is launching the Jeff Roberts label for fall ’14. Composed of six styles, including dress slip-ons and laceups, sneakers and an ankle boot, the line is made in Italy and will retail for $525 to $795.

But the technical design features were what Roberts focused on most, building in cushioning, rubber soles for traction and a new last and roomy toebox shape. To create the toebox, Roberts used the idea of phi, or the golden mean.

“It’s basically a ratio, and generally speaking it’s about 2/3 to 1/3,” said Roberts. “You’ll see this ratio in art and architecture because it’s inside human beings. It’s inherently beautiful. For whatever reason, when we see things in that proportion, we like them.”

According to Roberts, this aesthetic allowed the toebox to be wide enough for all five toes to stretch out inside the shoe, but maintain a chic look.

“Beauty is a function and outgrowth of perfect shape,” Roberts noted. “So [the designs are] really simple, which will carry well into the future.”

For spring ’15, Roberts will introduce new styles and even more breathable materials. He also aims to broaden the color palette, which right now is mostly black.

The family-owned venture targets men’s specialty retailers and department stores in the U.S. and abroad. Accounts will need to be those that carry top-tier prices, which Roberts said reflect an emphasis on working with specific factories and suppliers.

“The price is a result of everything that’s going into the brand. I want to bring a new customer to the luxury footwear space,” he said. “There are beautiful shoes in the market, but they target a specific customer, one who knows fashion and footwear. But a lot of guys want to look good but don’t want to go too avant-garde. I want to appeal to guys who appreciate beautiful design and [tech] products.”

The Buzz
“The concept piqued my interest and the technical attention to detail is like nothing I’ve seen before,” said Debi Greenberg, owner of Louis Boston. “But when I saw the shoes in action, that’s what really sold me. A guy put them on and said he never wanted to take them off.”

The Inspiration
“The person we’re designing shoes for is James Bond. He has to be able to gamble with the beautiful people and go kill someone in a back alley,” Roberts said. “And real guys want [their shoes] to be worn in all sorts of situations, too.” As a result, Roberts has recruited a range of men — from businessmen to athletes and Navy Seals — to field test the footwear.