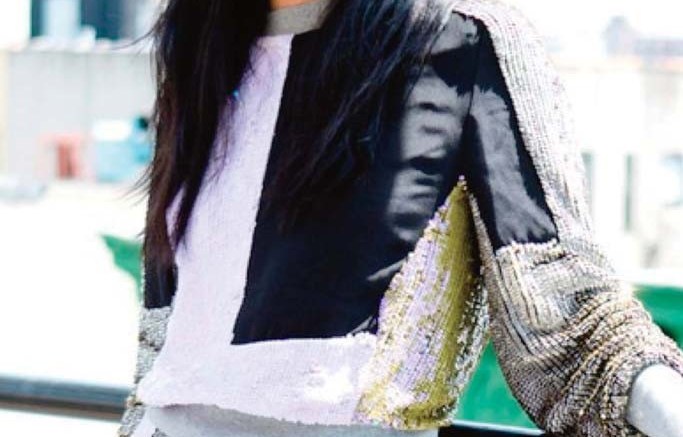 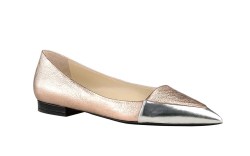 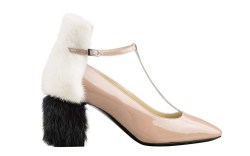 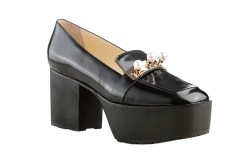 Shoes and hats might adorn opposite extremities, but Eugenia Kim sees a close connection.

“I am materials and shape focused, and [footwear and hats] are both three-dimensional and sculptural, so the way I design them is similar,” said the New York-based designer, who debuted her eponymous luxury accessories label in 1998. The brand has grown beyond millinery to also include scarves, belts and gloves.

For fall ’14, Kim will relaunch footwear with 15 looks that balance wearability and whimsy, masculinity and femininity. The leather heels, flats, flatforms and ankle boots retail for $535 to $1,095 and focus on the same neutrals and embellishments Kim uses in her millinery, such as pearls, fur, studs and crystals. “I like the idea of a broad range,” she said. “There’s a shoe that’s all fur-covered, which is quirky and edgy, and then there’s a version of it that’s a black flat with a fur bow — the prêt-à-porter version.”

With those details in place, Kim aims to carve her own niche in the footwear market. “It’s novelty but not in the same sense as a lot of the new vanguard of designers, where [the shoes] are tricked out with like five materials,” she said. “We are trying to make something that is very elegant.”

Kim has had time to refine her plans for shoes. She bowed the first incarnation of her footwear label in 2003, but by 2005 that collection had become a victim of its own success and closed. “I had the good fortune-slash-misfortune to have really good volume my second season, but my factory wasn’t able to keep up with the demand,” she recalled. “Now I’m in a really good place.”

Round two required more than a year of research and other preparations. “I approached it in a different way this time,” Kim said, adding that she formed a partnership with an Italian manufacturer. “It took a while to find a factory that could produce small [minimums] at first and then grow with a bigger production line and keep the quality.”

For her shoes, Kim is targeting retailers that carry her brand’s other accessories, such as Bloomingdale’s, Saks Fifth Avenue and select independents.

She also sees an opportunity to reach a new consumer. “My goal is to make the different categories stand alone as well as merchandise together,” she said, noting handbags, jewelry and a New York boutique in Soho are in her long-term plans. “The whole odyssey and exploration has been stimulating.”

The Designer
Eugenia Kim graduated with a degree in psychology from Dartmouth College and then attended Parsons The New School for Design for millinery. She debuted her first hat collection in 1998, after briefly working as an assistant at a fashion magazine. Kim’s first footwear line won the CFDA’s Perry Ellis Award for accessories design in 2004.

The Inspiration
A little glam-rock, a bit of blues and a dash of “The Great Gatsby” make the right mix for Kim. “Right now, we are inspired by the 1970s — David Bowie and The Rolling Stones — and spirituality. There’s a little dark side to the collection. I’ve also always been interested in art deco and art nouveau, so it’s a combination of that.”

The Buzz
“Eugenia Kim is an established and recognized label that appeals to many, and the brand ethos maintains a sophistication while still having a sense of humor,” said Loriann Smoak, owner of Condor in New York. “I am excited to see how the brand evolves into footwear [and] will definitely consider it as I shop for fall.”