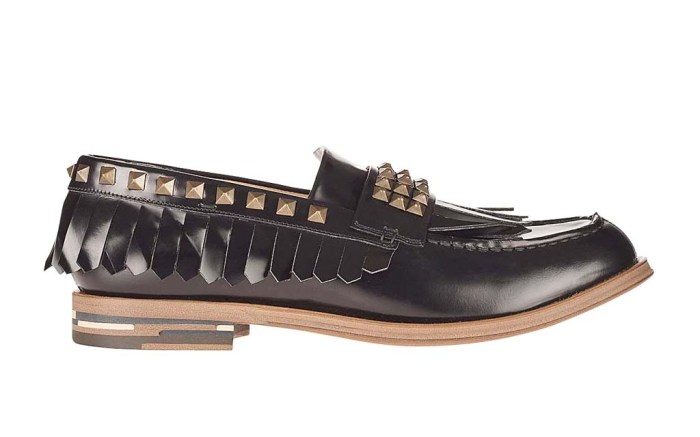 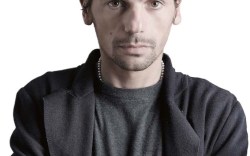 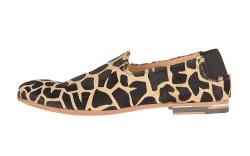 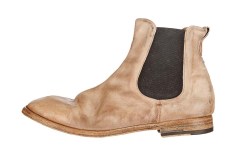 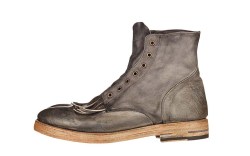 When he presented his collection in New York early this summer, Daniele Michetti was able to wear his own designs for the first time.

For spring ’15, the designer will enter the men’s category with a line of 25 styles, all made in Italy. Looks include laceless boots, a double monk strap and loafers with oversized tassels. Retail prices will range from $590 to $790.

The collection is a long time coming, said Michetti, who debuted his eponymous women’s line in 2009 but previously focused on men’s shoes while working at Saint Laurent and Sergio Rossi.

“In reality, in 2009, I was designing both men’s and women’s collections, but I decided to focus on women’s for my own launch,” he said. “I wanted to take my time before debuting the men’s line to hone the strategy, create a solid brand structure and identity, and finalize communication. Now that I’ve laid the groundwork with the women’s line, I feel confident in the launch.”

Functionality, as well as uniqueness, is a high priority, he noted.

“The heels, for example, which were traditionally used by cobblers to protect the soles, are made of several colored leather pieces stacked to create a geometric design,” Michetti said. “I like to carry these purposeful features from one collection to another, while introducing new ones.”

The result is a collection that is neither too classic nor too trend-driven, he explained. His goal was to enrich conventional silhouettes with new volumes and modern details.

Michetti added, “I’m looking to offer something new and different: a subdued fashion collection for the man who is looking for modernity while preserving the notions of tradition.”

The Designer
A native Italian, Daniele Michetti launched a women’s collection in 2009 under his own name. He also has a continuing design gig with Tod’s.

The Inspiration
Los Angeles influenced both the men’s debut and women’s resort collections, Michetti said. “The details, the finishings, the natural colors — it’s all LA,” he expained of the men’s range.

The Buzz
Michetti just started showing the men’s line to retailers. The women’s collection is carried by Neiman Marcus, Luisa Via Roma and Yoox.com, among others.