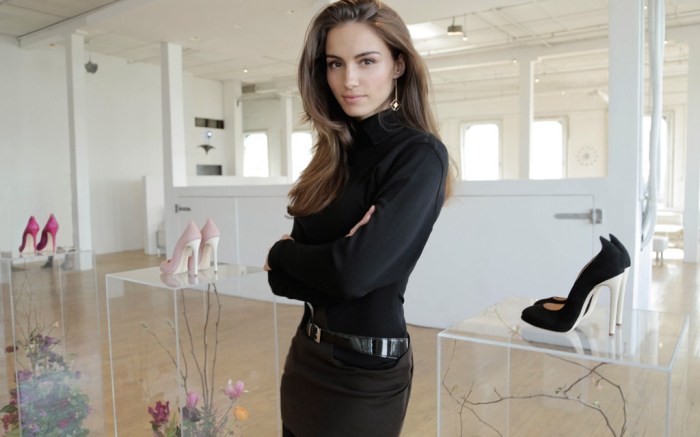 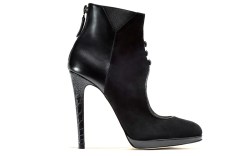 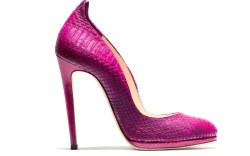 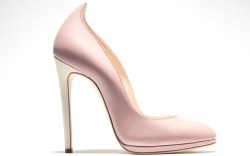 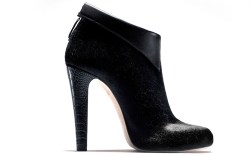 French model Chloe Gosselin went for a beautiful — but not entirely innocent — vibe with her first footwear collection, an eponymous women’s label set to hit retail for fall ’14.

The made-in-Italy collection, priced from $850 to $1,600, features styles made with leather and exotic skins that are each named for a poisonous flower. For example, an emerald snakeskin-and-mesh ankle boot is dubbed the Viper, after the Viper’s Bugloss, while a hot-pink pump in allover snake is called Datura.

The aura of mystery seemed like a natural fit, given that Gosselin is engaged to magician David Copperfield and divides her time between Las Vegas and New York.

Born in France, she moved to Belgium to begin her modeling career at 18. After about a decade behind the lens, Gosselin attended a summer program in footwear design and production at the Fashion Institute of Technology in New York in 2012. A year later, she honed her craft for a season at Ars Sutoria in Milan.

“I really wanted to go back to basics and do it myself — see how the patterns and shoes are built,” she said, noting her background in modeling helped her in this new career path. “Traveling helped me to build the fashion knowledge and meet [the right] people. Also, as a model, you have to take financial responsibility really young and build your career, so that helped me with the business side of the brand.”

For spring ’15, Gosselin plans to grow the footwear selection and add a single handbag to the mix. The designer also aspires to expand her wholesale reach in the U.S. and her home country of France. More categories such as sunglasses and belts could be on the horizon as well. “I still want to keep it small and exclusive now,” she said. “My first love is shoes, for sure.”