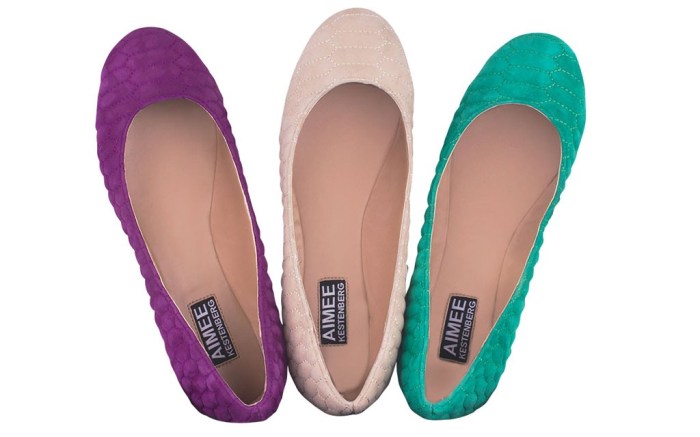 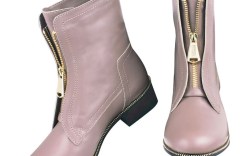 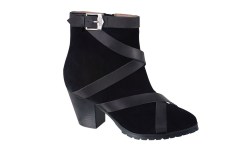 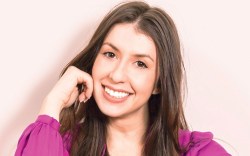 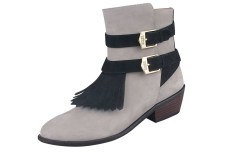 Big dreams might have been the impetus for Aimee Kestenberg’s eponymous women’s label, but her footwear line, launching for fall ’14 under the umbrella of The Adoni Group Inc., is firmly grounded in reality.

“They have to be fashionable and functional, fit well and [have] an affordable price point,” the 27-year-old designer said of her shoes. “My mission is a really innovative, fresh take on design that does not sacrifice quality in order to do it. I have an edgy side to me, but I’m all about wearable accessories.”

The footwear collection comes more than a year after Kestenberg bowed her handbag line, which is stocked at Nordstrom, Macy’s, Lord & Taylor, Saks Fifth Avenue, Shopbop.com and Free People, with an exclusive selection at QVC. The shoes — a mix of leather booties, flats, pumps and sneakers priced from $89 to $228 — will target the same retailers.

The footwear design echoes the aesthetic of the handbags with a street-chic vibe featuring details such as deep hues, original prints, fringe and Kestenberg’s signature custom buckles and oversize zippers. There is also an emphasis on ergonomics and easy-to-wear shapes.

The oldest of five children, Kestenberg spent weekends sketching, painting and making jewelry at the Australian School of Fine Art. Her grandmother taught her pattern-making and sewing, while her father, an importer and wholesaler of giftware, had Kestenberg participating in buying and sales from an early age. “It’s safe to say that the fashion industry was in my blood,” she said. “And at 14, I was already trained to pick products and work with [my father’s] team, assisting at trade shows in Indonesia, Hong Kong, China, Thailand and Australia.”

A big part of her drive stems from a desire to benefit her family, Kestenberg added. “It’s important to me to build my company into a family business,” she said. “I want my three sisters and my brother, who are still in school studying different aspects of business and fashion, to be able to work here — a Kestenberg powerhouse.”

The Designer
From Melbourne, Australia, Aimee Kestenberg started her eponymous handbag line in 2012 with The Adoni Group Inc. She holds a bachelor’s in industrial design from Royal Melbourne Institute of Technology and a degree in fashion design, with a focus on accessories, from Parsons The New School for Design. She also runs Manhattan-based couture house Jatalika New York.

The Buzz
“The new footwear collection is really beautiful,” said Lisa Morrissey, VP of fashion merchandising for QVC. “Aimee has incorporated some of the features from her handbag designs to make it feel like an extension of her brand. The line is modern and chic and a real representation of Aimee’s own style. We anticipate our customers embracing these new styles the way they have the handbags.”

The Inspiration
Kestenberg’s focus on custom hardware comes from an innate curiosity about the inner workings of things. “I’m obsessed with mechanism,” she said. “I love playing with how things work. I think about the ease of use and the connection of what’s going to release a closure. I like looking at industrial hardware. Engineering is a big influence, and that’s something unique about the footwear.”