Conscious Step Aims To Give Back 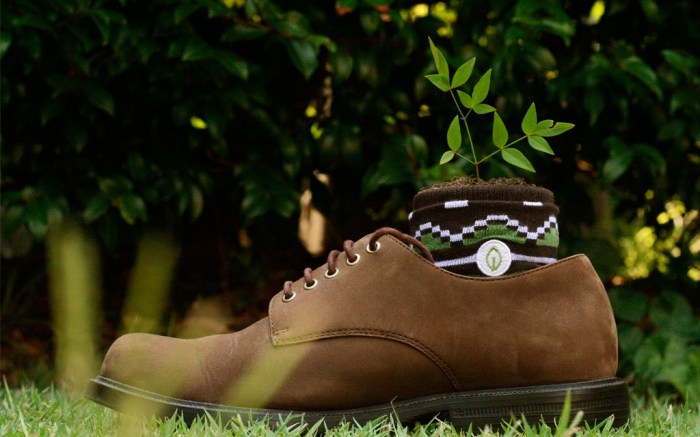 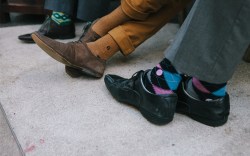 When a medical graduate, a microfinance major and a knowledgeable nonprofit executive come together, the not-quite-obvious result is socks.

Socks with a big twist, that is.

Newly launched Conscious Step not only offers sustainably produced pedalian apparel, it also gives a portion of its sales to tackle the root causes of global poverty. The company was founded in January 2014 in Australia by friends Hassan Ahmad (the medical grad), Prashant Mehta (the microfinance major) and Adam Long (the nonprofit expert), and is based in New York.

“Besides that it’s the growing part of menswear and … there was an opportunity to create brand loyalty with socks, it is important to us to set serious issues off with some fun socks,” Ahmad said. “It sort of lifts the burden of some of the intensity of the issues we’re talking about, hunger and education and poverty.”

In the months since the conclusion of the crowdfunding campaign that helped launch the company, Conscious Step has continued to grow. It arrived stateside at specialty retailer Story in New York’s Chelsea district, where the socks sold out. The brand plans to create more seasonal styles, including socks to benefit HIV/AIDS treatment and clean-water nonprofits later this year.

Online, the team is also building out its e-commerce site, where the line retails for between $15-17 a pair.

The founders utilized experiences working at the World Health Organization, Engineers Without Borders and a microfinance NGO to inform their decision to tackle the roots of poverty, rather than the symptoms, with sales of their product. Each pair of socks benefits a specific cause — such as hunger relief, agroforestry and education — and comes with a unique, colorful design and embroidered emblem specific to the effort.

While its goal is to give back as much as possible, Conscious Step is controlling the scope of its contributions. Rather than doling out money to any good or service, the team will only donate to vetted nonprofits that could better manage the money raised.

One of the key parts of the customer’s buying experience is that each sock sale makes a visible impact, Mehta said. For example, one pair of the hunger socks provides three therapeutic food packs through Action Against Hunger, which is spelled out on the label. The socks are also made from fair-trade organic cotton that is responsibly sourced.

“We know people want to give back, and we know they do it when it can be convenient and part of their life,” Mehta said. “Showing people the tangible result is something they can understand. It’s not just a percentage but actual change.”