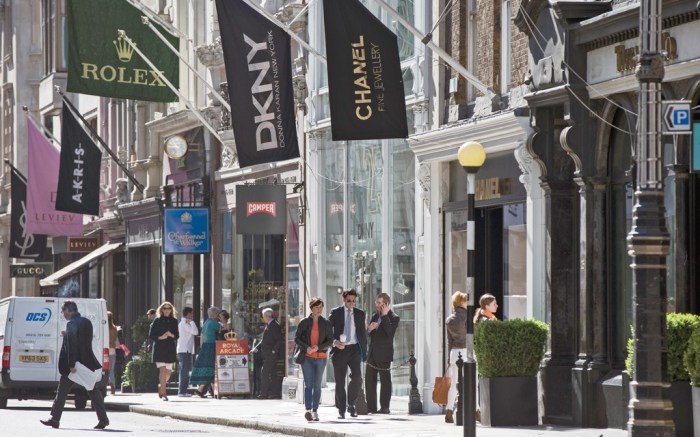 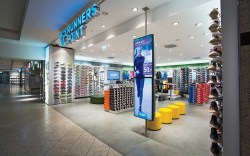 After shying away from European investment during the economic downturn, footwear firms are now eyeing new opportunities in the recovering region.

From athletic brands such as Nike Inc. and Under Armour Inc. to high-end labels like Tory Burch and Michael Kors Inc., more players are opening stores and accelerating wholesale initiatives. “Europe is in the early stages of a recovery, and many of these shoe companies have been under-investing there over the past five or six years,” said Chad Morganlander, a fund manager at Stifel Nicolaus & Co. “Now [firms] are trying to … get in front of the recovery.”

“Clearly, there is a positive vibe and the time seems to be right [for expansion],” said Camper marketing director Dalia Saliamonas. “Many companies sat tight, riding out the storm, and the time has come to get back on track to take advantage of the momentum in the marketplace.”

Still, a number of executives stressed that the climate remains uncertain in many countries.

“The storm seems to be over, but people are still a little bit tormented by it all,” said Rem D. Koolhaas, co-founder and creative director of United Nude. “The bigger and stronger northern European economies like the U.K., Germany and even the Netherlands [present the biggest opportunities].”

Key retailers agreed that their business prospects depend on the economy of a specific country.

Colin Temple, managing director for Schuh, a division of Genesco Inc., said that customers in the U.K. are shopping more conservatively following the downturn, but France, Italy and Germany are key areas of opportunity for the company as the economy improves.

“In terms of the U.K., things are faring relatively well at present, but fashion retailers are subject more to the vagaries of fashion than the wider economic climate,” Temple said. “In the wider European market, things are a bit more mixed.”

Driving the recovery is Germany, which contributes about 30 percent of the EU’s collective output, with France, Italy and Spain helping to boost the upturn in 2015.

While the outlook is brightest for the bigger markets, some companies are investing more heavily in emerging regions.

“Our focus is to grow our market share rather than rely on economic growth,” said Pentland Brands Plc CEO Andy Rubin, who views Russia and Eastern Europe as lucrative areas going forward.

But Rubin noted there are potential roadblocks ahead. “Low inflation, the risk of interest rate rises, high unemployment and political instability — particularly in the Ukraine — will all impact the rate of recovery in Europe,” he said.

Athletic giant Foot Locker Inc. is even more bullish. In fact, CEO Ken Hicks said the firm is expanding in the whole region.

“We’re not penetrated in some of the big countries, like France, or in Turkey, where we have only a handful of stores. There’s some opportunity to develop Foot Locker in those [places],” Hicks said, noting that the retailer opened six stores in France during the first quarter.

The company also is looking for growth avenues for its Runners Point and Sidestep banners, which are primarily located in Germany, Holland and Switzerland

“We’re more clearly defining the Runners Point stores, and then we will look at testing them in some other markets,” Hicks said.

Foot Locker, as a whole, is benefiting from athletic strength, particularly with brands such as Nike.

“Without a doubt, the main winner when it comes to active footwear is Nike, which continues — regardless of economic trends — to grind out fairly consistent profitability, as well as a pattern of revenue growth like no other,” said Morganlander.

Also helping Nike’s performance is the rising middle class in Central and Eastern Europe, which has grown since the end of the recession in 2010, said Macquarie Equities analyst Laurent Vasilescu. “For Nike, yes, the improving economy is helping, but for Nike specifically, it is benefiting from the reset of its points of distribution in Europe and making the decision to take the product a little higher end. The brand also is growing its direct-to-consumer business and grabbing market share from Adidas,” Vasilescu said.

Also making strides in the region is Under Armour, which is moving aggressively and capturing more market share.

Michael Binetti, an analyst at UBS, said the athletic label could benefit from opening another high-profile store in a key market such as London. “Under Armour’s international revenues grew more than 79 percent year-on-year in the first quarter, with most of the growth driven by Europe, where brand awareness is up more than twofold year-on-year,” Binetti said. He noted that demand is being fueled by greater investments in international offices and new athletic product.

While many footwear execs are upbeat as the recovery unfolds, others are still rejiggering their strategies to increase sales in the region.

For example, Puma SE reported a 25 percent drop in first-quarter profit, underscoring the scale of the challenge facing Puma CEO Björn Gulden to navigate a turnaround.

In the first quarter, Puma’s strong performance in Russia, Turkey and the U.K. offset sales declines in Scandinavia and France, where wholesale revenues remained weak.

For VF Corp., its diversified portfolio helped buffer the firm during the downturn, according to a company spokesperson, who cited broad-based improvement in the outlook over the past year-and-a-half.

“The U.K. is showing good strength and resilience, and even southern Europe, such as Italy and Spain, is doing better. I wouldn’t call it a robust environment, but overall, it’s a little better,” the spokesperson said. “It’s not a ‘party like it’s 1999’ situation, but because we have a portfolio of brands, we don’t feel things as drastically as other companies do.”

On the fashion side, Michael Kors, which is experiencing dramatic growth as a public company, is moving full force into Europe.

“In Europe, our luxury products are resonating with customers and our brand awareness continues to grow in this region. The performance of our brand in Europe has exceeded our initial expectations, which led to the doubling of our long-term store target,” CEO John Idol said during the company’s recent earnings result.

The brand expects to open 55 new stores in Europe in fiscal 2015 and hopes to achieve annual revenue in excess of $1 billion in the region over the next few years.

One of Kors’ main competitors, Tory Burch, also is planting a bigger flag in Europe. Just last week, the label announced a new flagship in Milan on Via della Spiga — its second store in Italy. (A Rome boutique opened in 2010.)

Besides brick-and-mortar expansion, many insiders are banking on e-commerce in Europe.

“Most of the sentiment is that the age of double-digit growth in brick-and-mortar is over,” said Matt Priest, president of the Footwear Distributors & Retailers of America. “Much like in the U.S., online is a big opportunity for companies that are selling to consumers direct through the digital space.”

Speaking about the potential for Foot Locker’s e-commerce business in Europe, Hicks said, “Our base is still small compared with the U.S., so we’re working hard to build our capabilities and ultimately make digital in Europe another one of our real strengths.”