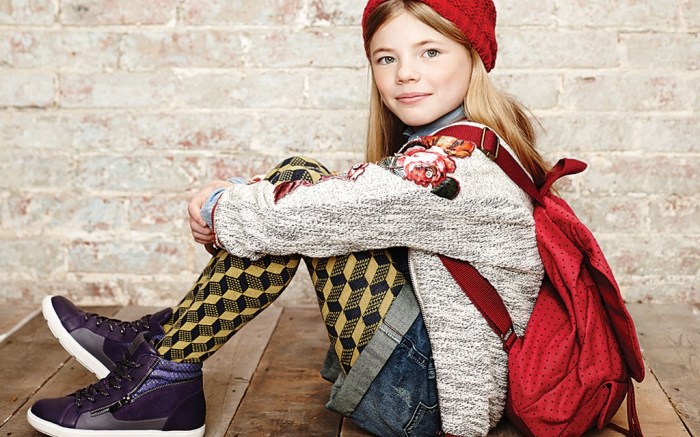 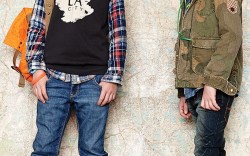 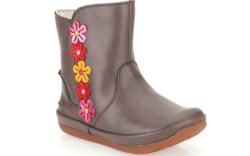 At home in the U.K., Clarks is a household name, outfitting generations of schoolchildren. Now the Somerset, England-based label aims to replicate its success in the U.S. kids’ market.

After testing a small assortment of children’s shoes in its own retail stores here starting in 2007, Clarks began wholesaling the collection in fall ’12. Since then, the business has grown, with more than 150 of the country’s top department stores and independents now stocking the line.

Brian Alves, national sales manager for kids’, said the decision to bring children’s shoes to the States is part of the company’s broader global push and a way to mine new opportunities.

“We realized we had a major untapped market. North America owns the kids’ business, and we weren’t there,” he said. “The company was looking for growth opportunities, and kids’ was an obvious one because it was already such a key part of our portfolio in the U.K.”

To carve out a place in the crowded market, Clarks, which last week named Geralyn Breig as its new U.S. president, is banking on its well-known name and 170-year heritage making children’s shoes.

“We’ve been doing this a long time and we’re one of only a few kids’ brands that engineers and designs shoes specifically for each stage of a child’s development,” Alves said, pointing out the brand’s range of sizes and widths for infants to grade school-age kids. “We believe we can build Clarks into a major kids’ player here.”

Its U.S. product offering, priced from $45 to $95, consists of a cherry-picked assortment of the items sold in the U.K. and elsewhere overseas. “We also give our input on specific market needs, and the U.K. design team will react and make adjustments for us, whether it’s styling details or color combinations,” Alves said, adding that the U.S. offering will expand as the business grows. “Our goal right now is to establish the core of what Clarks represents and then branch out with other styles and categories.”

The line includes sport shoes, casual everyday styles and school uniform shoes, as well as a selection of Gore-Tex boots and sneakers for wet weather. Although the emphasis is on kid-specific styles, select takedowns from Clarks’ men’s and women’s collections are featured — namely classics such as the Desert and Wallabee boots.

“A lot of our customers are parents who wear Clarks footwear themselves, so takedowns are definitely important,” Alves said.

With the kids’ collection heading into its fourth season at retail this spring, Alves said Clarks will continue its strategy of measured growth. “From the beginning, we’ve tried to build the business in a controlled, responsible way,” Alves said. “We don’t want to grow too fast. We’re taking a similar path to that of our adult line when it launched here.”

Distribution is targeted to top-tier retailers, with a particular emphasis on stores that already carry Clarks footwear for adults, among them Nordstrom, Dillard’s, Von Maur and family retailers such as Tip Top Shoes in New York; Vernon Powell Shoes in Maryland; Saxon Shoes in Virginia; and Stan’s Fit for Your Feet in Wisconsin. “Many of our strong accounts on the adult side also do a good kids’ business, so it’s a logical fit,” Alves said.

Gary Weiner, owner and president of Saxon, said this move is long overdue for the brand.

“We’ve always done well with Clarks product for men and women, so the addition of kids’ shoes is a natural follow up. I’m surprised they waited this long,” he said, noting that name recognition is an advantage. “Everybody knows Clarks. We have customers who have no problem putting Clarks shoes on their kids’ feet because they know and trust the name. Clarks can definitely become a strong children’s vendor here.”

“There are not many major kids’ brands on a national or international scale that can logistically support the kind of business our U.S. retail accounts are looking for,” he said. “We have a real opportunity here.”