Charles Philip Goes Beyond the Slipper 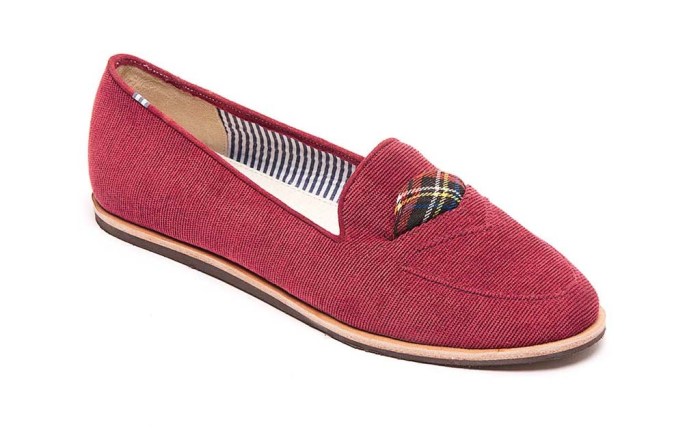 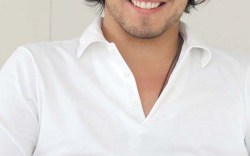 The 3-year-old company, known for its single slipper silhouette, is rolling out six footwear constructions for fall ’14. Led by its 28-year-old designer, Charles Philip, the Shanghai-based label will introduce trendier styles, ranging from sneakers and laceups to an updated take on the penny loafer.

The brand also is in discussions to bow another brick-and-mortar store in Milan following the debut of a Shanghai flagship last year. In addition, it is growing its e-commerce business, which recently launched in China, Europe and the U.S.

Philip, who had no formal training in the shoe business, launched his first collection in March 2011. While he originally wanted to create a clothing line, the designer quickly saw the potential for his shoes and learned to refine the designs over time. “We wanted slippers to be the trademark,” said Philip. “We only focused on that [silhouette] for a few seasons, but right now, we’re evolving and coming out with lace materials, pointy-toe flats and also a boat shoe.”

To boost the company’s visibility, Philip and his business partner, Sheila Pitigala, have centered their marketing strategy around a strong social media presence, celebrity placements and design partnerships. A collaboration with ready-to-wear label Cushnie et Ochs is in the works.

Philip also will introduce his own version of the penny loafer, substituting the penny detail with a pocket square. Offered in corduroy, denim, cotton and leather, the shoe will come with pocket squares in two different prints.

Beyond footwear, the designer plans to add backpacks to his fall offering. “The backpacks will be the same aesthetic as the shoes — fun, colorful and sophisticated at the same time,” Philip said. “I’m going to use velvet and prints, too.”

For their part, retailers were upbeat about the fall collection.

“I particularly love the loafers. They are chic, fun and playful,” said Alberto Oliveros, head buyer for Level Shoe District in Dubai. “We have carried Charles Philip Shanghai at Level Shoe District since we opened the store and have seen a great reaction from our clientele, especially our male clients.”

By this fall, Charles Philip Shanghai will be in 150 doors worldwide, marking a significantly larger presence than the 20 retailers it had for its debut season. Top accounts include Harvey Nichols, Lane Crawford and Bloomingdale’s.

“Charles Philip is one of the Shanghai talents whom we want to introduce to the market, especially with the opening of our flagship store in Shanghai,” said Lane Crawford category buyer Jeanmarie Singh. “With the strong trend of the man-tailored silhouette, we think the aesthetics of Charles Philip fit perfectly with our customer profile.”