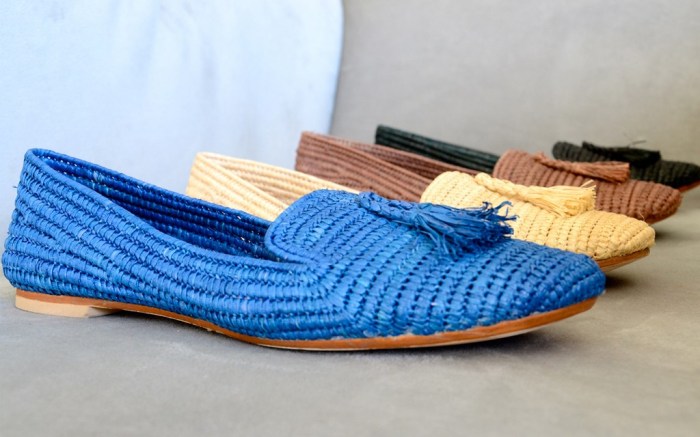 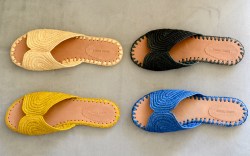 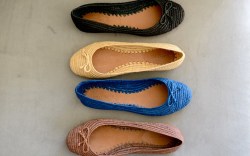 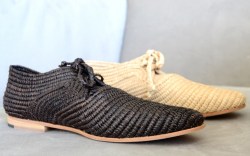 Carrie Forbes is back.

The designer, who is best known for her eponymous, Italian crocheted handbags carried by celebrities such as Julia Roberts and Nicole Kidman from 1989 to 1999, will debut her first shoe line for spring ’14.

Priced at $260 to $340, the Carrie Forbes footwear line reflects the designers’ penchant for handmade accessories, with flat sandals, slip-ons and laceups in an array of colored raffia, all hand woven in Morocco.

“I discovered this weave in Morocco while developing [materials] for Ferragamo a few years ago,” said Forbes, who worked as a freelance designer for Armani, Fendi, Vionnet, Etro and Salvatore Ferragamo after closing her handbag label. “[I] had not seen the genre in the U.S., so I decided to launch them [stateside] through Apropo Studio in New York. It is easier to sell shoes than bags; however, I will be adding [that category] as well.”

So far, the footwear has been picked up by an array of boutiques, including A’marees in Newport Beach, Calif.; Dressed in Santa Barbara, Calif.; Madison in Los Angeles; and Henry Lehr in East Hampton, N.Y. The shoes are slated to hit shelves in February.

For fall ’14, Forbes will introduce leather styles, including ankle boots, incorporating hand-stitching and woven details. Bags will follow in spring ’15.