Can Transitional Lines Brave the Chill? 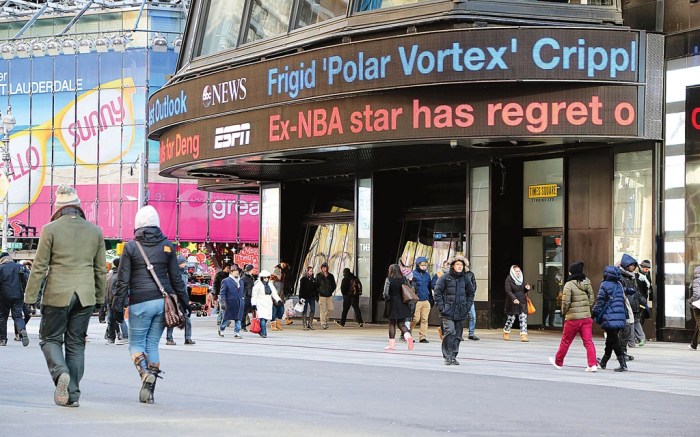 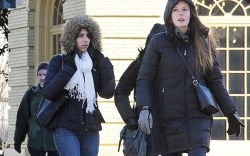 With record low temperatures and steady snowfall across the Midwest and Northeast this winter, some retailers are already celebrating the season as a boon for business. Outdoor shops said boots have flown off the shelves, and weather-dependent brands such as Columbia and Ugg Australia reported that sales are up and inventories are down.

That marks a big change from the dry and unseasonably warm winters of the past two years — weather that stalled insulated boot sales. But it did help drive what vendors and retailers call shoulder-season product, or boots and shoes designed to be transitional, either from late fall or to early spring. These styles are more street-ready or trail-oriented than a pack boot, but have enough water resistance and insulation to make it through cold and wet days. And they’ve been hailed by both retailers and vendors as a reason to buy during the slower in-between seasons and as saviors during no-snow winters.

But with the snow on the ground prompting demand for heavier insulated styles, will shoulder-season items fall by the wayside? Not anytime soon, market watchers said.

“Everyone is late to the game and reacting to the weather,” said Camilo Lyon, an analyst at Canaccord Genuity. “But you don’t reconsider [the strategy], because you have to smooth out your seasonality to the best of your ability.”

And retailers polled by Footwear News said transitional, multipurpose footwear has sold well and they all plan to place orders for similar product next fall.

Sarah Thompson, a buyer for Boise, Idaho-based Idaho Mountain Touring, said the category has been profitable this year, and her shop plans to buy more multiseason product for 2014.

“In general, we do see lifestyle [shoes] over the year doing a little bit better,” she said. “It’s been cold with unfortunately not as much snow as we like, so we are looking at shoes that can get through the ice and things like that, but still look [good].”

At Appalachian Outfitters in Peninsula, Ohio, an early snow in October translated into strong sales of insulated product. But owner Mike Leffler noted that customers are looking for winter footwear they can use for multiple purposes, and they’re willing to pay for them.

“They want more versatile styles [from labels like] Ahnu and Keen, that you can wear to work, to hike the day trails and out to eat. And Sorel has done pretty well this year with boots that do the same thing — they have the technical aspects, but they have a bit of a lifestyle look,” he said. “[Customers] don’t want to have four different boots to do four different things. People are spending their money and they want some versatility for it.”

Brian Trask, footwear category manager for the Boston-based City Sports chain, said the freezing temperatures in New England lifted insulated boot sales, too. But the multipurpose category — including both waterproof hikers and more casual styles — also has performed well through a wet and cold winter.

New additions to City Sports locations include Ahnu and Forsake, as well as stalwarts such as Timberland. “Especially on the men’s side, [these do well because] customers are looking for something they don’t have to take off at work,” Trask said. And he noted the product helps balance the stores’ flow of inventory through the season. “It has a longer lifespan.”

Mitch Kummetz, an analyst at Robert W. Baird & Co., pointed out the bigger change for the outdoor market after this year’s polar weather may be in the way orders are structured. Retailers, he explained, have been delaying heavier product buys until later in the season. But after being caught short this winter, some may decide to spend more in November and December for cold-weather boots than in years past.

Still, he added, the shoulder-season category will continue to grow.

“You might not see a lot of delivery dates where they were,” Kummetz said, “but we will see retailers want the transitional product.”