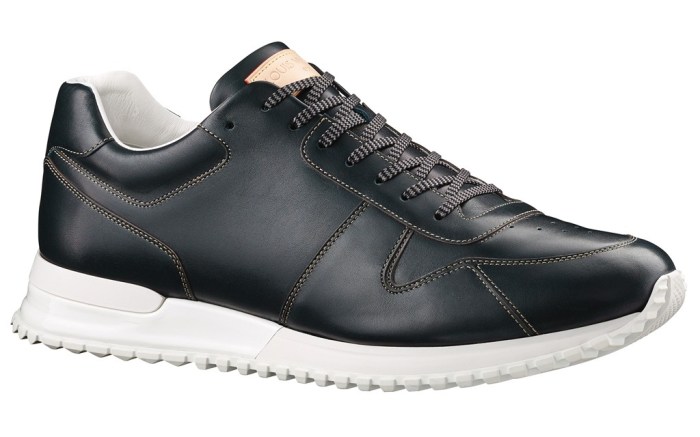 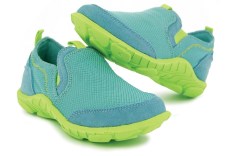 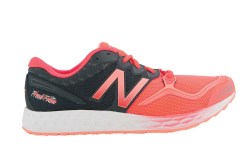 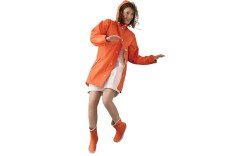 Luxe Life
French fashion house Louis Vuitton is getting into the athletic game with men’s sneaker looks for spring ’15. The streamlined jogging styles come in an alligator version, available in three colors, and a leather version, in two colors. The men’s-only styles will deliver in January and February to select Louis Vuitton stores. Prices are available on request.

Water Works
Milwaukee-based children’s brand Umi is introducing water-friendly footwear for spring ’15. The new Splash collection features a range of brightly colored styles for boys and girls, including open- and closed-toe sandals, double-gore slip-ons (pictured) and Mary Janes. Priced from $46 to $55 and available in European sizes 25 to 35, the Splash styles will deliver to stores beginning in January.

Fresh Take
New Balance is bringing the next iteration of its Fresh Foam franchise to market in the spring. The Fresh Foam Zante, named for a Greek Isle known for its soft sandy beaches, is a trainer that takes the midsole from the original Fresh Foam shoe and retunes it for a faster run. Using data from New Balance athletes, the Fresh Foam Zante provides similar cushioning but has a firmer feel and more toe spring, according to a brand spokeswoman. The $100 style will be teased during the TCS New York City Marathon in November, but will hit retail in March in running specialty, sporting goods and online accounts.

Weather Alert
Tretorn, based in Boston, is looking forward to cloudy skies this spring with the launch of Wings and Black Navy, two capsule collections featuring waterproof outerwear and boots. Wings targets a young consumer with a single rubber pull-on boot (available in five playful colors) and a companion polyurethane jacket (in three colors). Both items retail for $85. The boots are set to deliver in January, followed by the jackets in February. Distribution is targeted to department stores and e-tailers. Meanwhile, the higher-end Navy Black collection consists of a series of lightweight packable boots for men and women, done in dark navy and retailing for $95 to $125. Rounding out the offering are two men’s waterproof jackets for $195. Aimed at higher-end specialty and department stores, the Navy Black boots will also deliver in January, and the jackets in February.