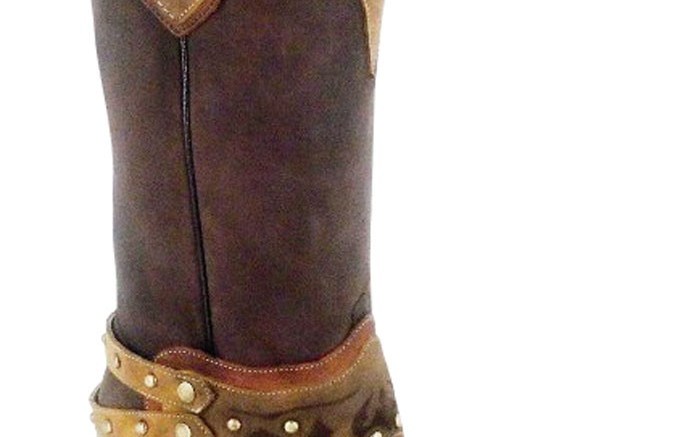 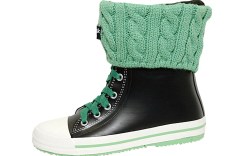 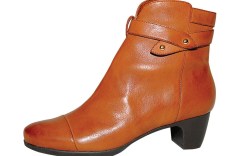 Heading West
Lauren Lorraine is exploring fresh territory. The brand, which has typically created dressier items such as jewel-encrusted pumps, added a Western boot to the mix for the first time for spring ’14, and has plans to grow the category in subsequent seasons. Priced at $375, the debut style, embellished with studding, is made in Mexico and will hit retail in March. Los Angeles-based co-founder and designer Lauren Jones said the booming boot trend inspired her to delve into the category, while co-owner and president Av Goodman noted that the item’s year-round appeal could boost business. However, he added, distribution will be limited. “We do not want to compete in the marketplace with your normal Western boots,” Goodman said. “We are going to sell them to high-end boutiques and specialty shops that understand [the look].”

Water Sports
The rainboot and athletic worlds merge with a sneaker-inspired waterproof collection from Elvetik. The Swiss brand, distributed through Swiss Qualyness in Miami, is bringing its collection of colorful shoes to the U.S. for fall ’14 with a single style for men, women and kids. The rubber cap-toe boot is available in two shaft heights and a wide range of colors, in addition to zebra print. Each pair comes with three sets of different colored laces. Set to deliver in May, the adult boots retail for $119 for the lower City version (above) and $134 for the higher Off Road style. The children’s shoe will sell for $89. For added versatility, knit liners (also pictured) are sold separately for $24.

Red Alert
SoftWalk, a division of Carlsbad, Calif.-based Phoenix Footwear Group, will introduce a selection of higher-end casual to tailored looks for fall ’14 under the Simply Red label. The five-pattern series includes Mary Jane styles, monk straps and boots, all featuring cushioned insoles with arch supports. Available in a range of sizes and widths, the line retails from $135 to $160. Delivery is slated for August to better independents and department stores.

Highline Handbags
Highline United Holdings will venture outside the footwear category for the first time for fall ’14. The firm is slated to launch a handbag division out of its New York headquarters. Up first will be bags under the company’s in-house Ash brand for fall, while Highline’s other in-house label, Luxury Rebel, will debut the category for spring ’15. “Handbags were a natural progression for us,” said Highline United CEO Rick Paterno. “[The expansion is] part of our overall strategy to build a more comprehensive fashion accessories company.”