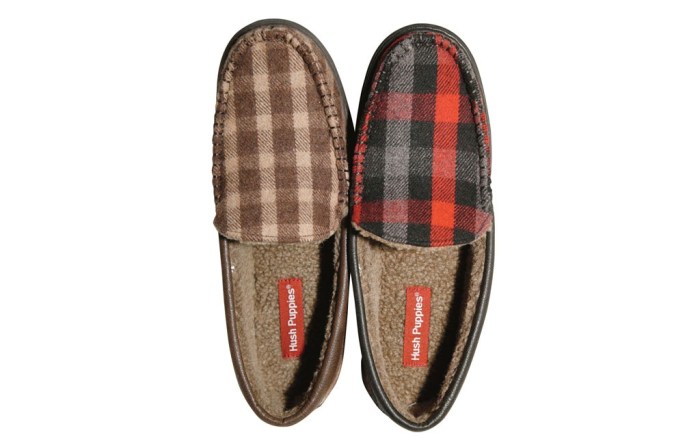 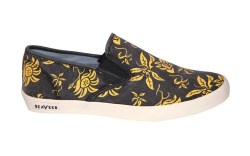 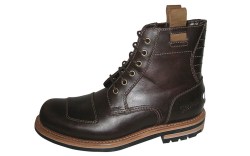 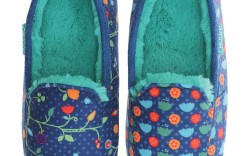 Dog Treats
St. Louis-based Elan Polo has inked a licensing agreement with Rockford, Mich.-based Wolverine World Wide Inc. for a fall line of men’s and women’s slippers under its Hush Puppies label. Grandoe Corp. most recently held the license, with last delivery for fall ’13. The new collection will include ballet flats and smoking slippers for women, as well as moccasins and booties for men. All styles feature versatile indoor-outdoor soles. Set to deliver in August, the line will retail for $40 to $70. Distribution is targeted to department stores, e-tailers and independents.

Time Travelers
Santa Barbara, Calif.-based SeaVees teamed up with board short brand Katin USA for a special-edition collection for summer ’14. The three-pattern series of unisex canvas shoes is based on silhouettes from the 1960s, detailed in colors and prints inspired by the Kanvas by Katin 1968 sales brochure. Included in the offering is the Army Issue Sneaker Low, a lace-up style worn on base by soldiers in the 1960s at Fort Irwin in the Mojave Desert; and the Hermosa Plimsoll, which celebrates the first skateboard competition, held in August 1963 in Hermosa, Calif. Set to deliver in May, the collection will retail for $82 to $98 at better specialty stores.

Mad Max
Upper Newton Falls, Mass.-based Clarks partnered with British motorcycle manufacturer Norton for a fall ’14 line of men’s biker-inspired boots. The looks are influenced by Norton’s Commando bikes, a series first introduced in the late 1960s. The five-pattern collection includes the Mellor Zip, a Goodyear-welted boot outfitted with a reinforced gear-change panel and reflective heel tabs. Retailing for $170 to $300, the line will deliver in July.

House Call
Dallas-based kids’ brand Chooze, known for its intentionally mismatched footwear, will add slippers to its offering for fall. The Snooze series consists of colorful, loafer-inspired silhouettes lined with faux fur. Available in sizes 7 to 5, the rubber-bottom slippers are priced at $26 a pair and will deliver in August. Chooze also will introduce insulated lunchboxes, designed to coordinate with its two-sided backpacks that debuted last fall. Priced at $25, the lunchboxes will ship to stores in June.