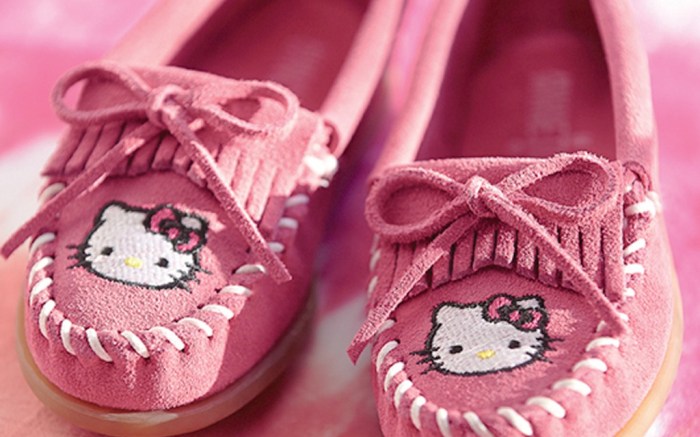 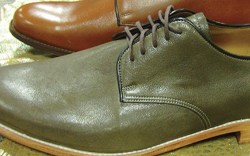 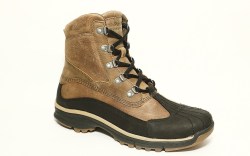 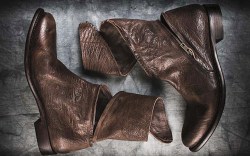 Hello Friends
In celebration of Hello Kitty’s 40th anniversary, Minnetonka is teaming with licensing firm Sanrio on a special collection for women and girls featuring the famous feline character. The offering, slated to hit stores in July, includes a suede moccasin and fringe ankle boot, both available in four colors: hot pink, brown, dusty brown and black. The children’s mocs will retail for $40 and the boots for $50. The women’s mocs and boots will sell for $50 and $70, respectively.

Brooklyn Netting
Artola brings its shoemaking closer to home this fall. The Brooklyn, N.Y.-based footwear brand will make two men’s styles — in two colors each — out of a studio in its borough. The shoes, which will retail for $950, are less of a money-making venture and more of a way to show what’s possible, explained designer Jury Artola. “These shoes are of a quality that can rival Italian manufacturing,” he said. “We are proud of what we can do and this is something to be proud of.” The brand launched domestically made children’s shoes for spring ’14. Its women’s and men’s styles are produced in Mexico.

Water Rights
Hush Puppies, the Rockford, Mich.-based brand owned by Wolverine World Wide Inc., is expanding its collection of WeatherSMART waterproof shoes for women, with a companion men’s line set to bow for fall ’14. The three-pattern Cabe series includes two shoes and an ankle boot (at left), all done in leather and suede. For added protection against the elements, the styles include Thinsulate linings and lightweight unit bottoms. Set to deliver in August, the line will retail for $170 to $190.

Italian Job
Marco Delli will relaunch his namesake brand in the U.S. for fall ’14. The former designer for such labels as Taryn Rose and Bacco Bucci stopped selling his own line in the U.S. about four years ago, but now returns with styles for women and men (below). The collection, which is Goodyear welted and made in Mexico, features boots and booties in materials such as distressed leather, cow fur, red snapper and shark skin. Retailing for $495 to $700 for men, and $460 to $650 for women, the line will target upscale specialty retailers.