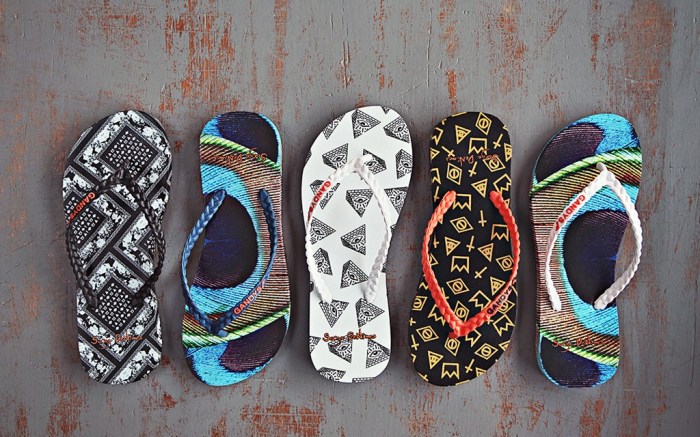 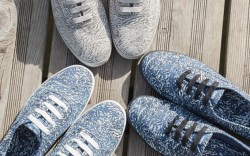 Flip Hit
Since launching in 2012, London-based flip-flop brand Gandys has been on a roll, winning fashion trend forecasting firm WSGN’s footwear and accessories award, securing retailers such as Selfridges, Topman and House of Fraser, plus finding fans in Jessie J and One Direction. Brothers and co-founders Rob and Paul Gandy have collaborated with the Serge DeNimes label, founded by Oliver Proudlock, one of the cast members of U.K. docu-soap “Made in Chelsea.” The capsule of five graphic-print thong sandals for men, priced at 22 pounds (or $36 at current exchange), will be featured on an upcoming episode and sold through Gandysflipflops.com and Sergedenimes.com. Each pair benefits the Gandys’ charity, Orphans for Orphans, a cause close to them after they lost their parents in the 2004 tsunami. In addition, with each sale, an invitation will be issued to the brothers’ secret launch party with Proudlock.

French Fashion
For spring ’14, French retailer Comptoir des Cotonniers is unveiling a special collaboration with Keds in-store and on its e-commerce site. The classic cotton canvas plimsoll will be offered in two colorways: sand and flag-blue feathered print with coordinating laces. A limited-edition version of the blue print also will be included, featuring black laces and sole. The sneakers will retail for $100 starting in mid-April.

Hats Off
FitFlop has tapped British celebrity hat designer Stephen Jones to put his spin on a shoe for spring ’14. Inspired by his classic Cabana Hat, the Jones style is a women’s slip-on featuring the brand’s Supercomff technology. Available in four colors, the limited-edition look retails for $200 and will be available in May on Fitflop.com.