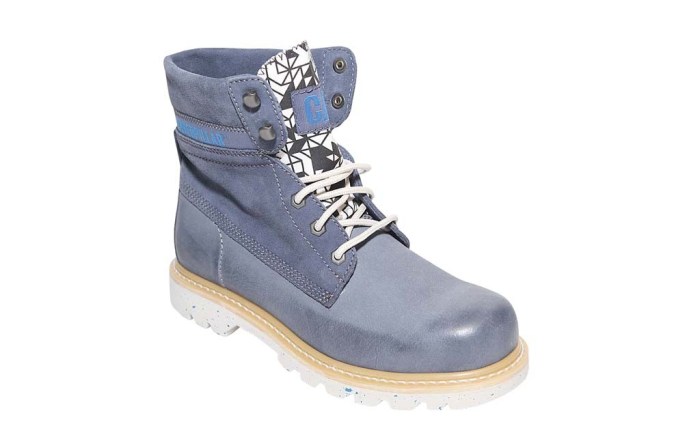 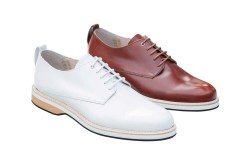 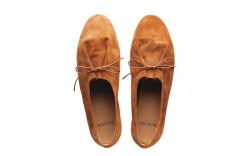 Cat Tales
Rockford, Mich.-based Cat Footwear has teamed with London-based graphic designer Camille Walala for the spring ’15 X Walala collection. Recognized for her bold, colorful prints, the designer’s work will appear on two men’s styles (at left) and two women’s looks. According to Cat designer Kristy Bradford, the shoes are targeted to young urbanites who appreciate an edgier approach to fashion. Retailing for $120 to $150, the line will deliver in February to upscale independents and boutiques. In a separate move, Cat is updating its iconic Colorado workboot in the Ease collection, creating a lightweight version featuring technology developed through sister brand Saucony. Retailing for $125, the boot features an EVA midsole, rubber outsole and antimicrobial microfiber lining, and is available in three colors. Delivery is also set for February to better independents and shoe chains.

Most Wanted
Bag brand Want Les Essentiels de la Vie will introduce two men’s footwear styles for spring ’15. The Montoro, retailing for $495, is a classic derby available in black, white, navy, cognac and brown. The Lennon, for $350 to $395, is an oxford-style sneaker that comes in white, black, navy, palm green, blue coral and deep sea. Both are made of premium Italian leather. “Much like our inspiration for designing bags, we wanted to engineer footwear that provides a perfect blend of form, function and value,” said Dexter Peart, who co-founded the label with his twin brother, Byron. The duo will add sandals later in the season.

Going Solo
Shoe designer Alexia Aubert has launched men’s shoe brand Solovière Paris for spring ’15. Paris-based Aubert, who previously worked for Christian Louboutin, Pierre Hardy and Oscar de la Renta, has created six styles that focus on simple lines and vibrant colors. Looks include a basic and color-blocked loafer, an oxford, a derby and a lace-up boot. All Solovière shoes are made with a special double-padding insole technology. Retail prices range from $365 to $595.

Sports Zone
Z Zegna will get a new look for spring ’15. The brand, part of the Ermenegildo Zegna Group, will now merge with the Zegna Sport label. The creative team behind the relaunch identified five elements that link the two lines: deformalization, sportification, hybridization, urbanization and innovation. While apparel is a large focus, the new brand identity also includes an extensive collection of men’s sneakers. The company said the multicolored Z Zegna Techmerino Racer, for $395, will be a top item. It is produced in a range of colors and materials, including nappa leather and suede, technical mesh and printed stingray leather. The new Z Zegna collection will be available in select specialty and department stores worldwide, as well as in a large selection of Ermenegildo Zegna flagship stores. Additionally, a new Z Zegna retail concept will be unveiled for spring ’15 with openings in key locations worldwide.