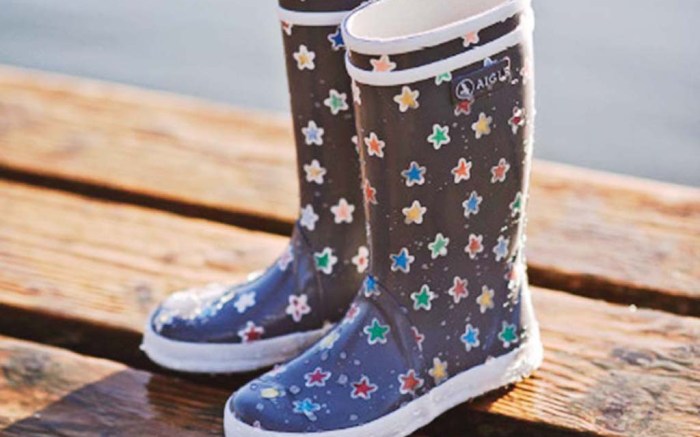 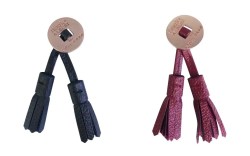 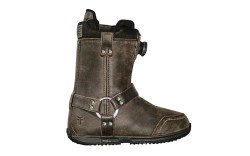 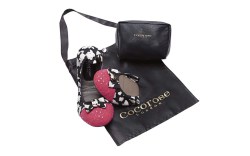 Color Splash
French boot maker Aigle is brightening up rainy days with a new color-changing style for kids. Launching for fall, the Lolly Pop Print pull-on boot features an allover pattern of white stars that stain with color in the rain. Both gray and navy-blue versions are available. Offered in European sizes 19 to 38, the boot will retail from $79 to $87 at Zappos.com and Aigleboots.com.

Penny Project
Men’s accessories brand Hook & Albert has teamed up with Cole Haan for a collection of shoe tassels that can be attached to traditional penny loafers. The tassels hit shelves early this month in 10 colors, including blue, gold and red. Priced at about $20, they will be available at all Cole Haan stores, as well as both brands’ e-commerce sites.

Snow Patrol
The Frye Co. and Burton Snowboards joined forces to create a women’s snowboard boot for fall ’14. The style, modeled after Frye’s iconic Harness boot, is made of Horween premium leather and features the new Boa Coiler Closure lacing system, a proprietary technology allowing for adjustability in one click. Retailing for $400, the boot will be available at nationwide retailers, Burton flagship stores and at Burton.com.

London Bridge
Women’s footwear label Cocorose London has set its sights on the States. The U.K.-based brand, founded by Janan Leo, is expanding into the North American market for spring ’14. It has signed on with New York-based NL Collective to introduce its line of foldable flats, smoking slippers and Liberty-print ballerina shoes (some of which are made in Great Britain). Since independently launching her label in 2007 at street markets in East London, Leo has grown distribution to 28 retailers in England, Ireland and Scotland, in addition to branded locations at airports in Milan and Mikati City, Philippines. Retailing for $70 to $257, Cocorose London has begun shipping to North America through its e-commerce site.