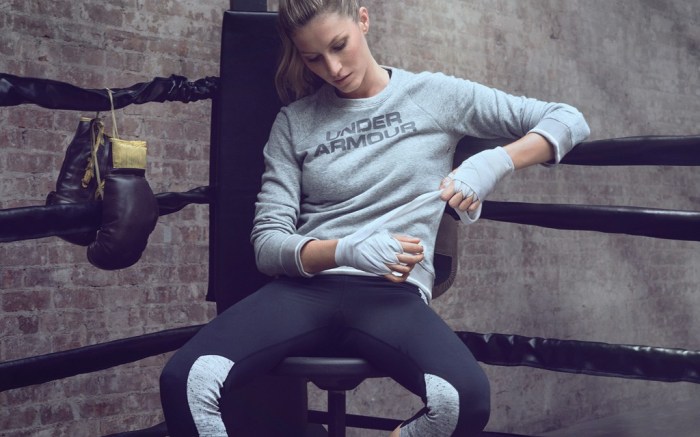 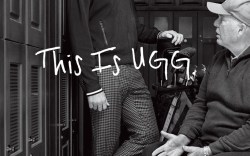 NEW YORK — “Truth is, you only get so many time-outs,” Tom Brady says in Ugg Australia’s new TV spot. “That’s why I don’t like to back-pocket them, especially off the field.”

The ad opens on a quiet morning, with the rising sun peeking out from among trees. Tom Brady is standing in the kitchen with his dog. A little later, he hops into a car and drives off to meet his father for a round of golf. Everything is filmed in black and white with a soft focus.

Following a handful of close-ups of Brady in Ugg boots, the hashtag #ThisIsUgg concludes the video.

The commercial, which debuted during NFL Monday Night Football last month, is one installment in Ugg’s new campaign that focuses on the comfort of everyday moments with family and friends.

“We know that consumers love the experience of stepping into Ugg, and that feeling is what we wanted to bring to life,” said Nancy Mamann, VP of marketing for the brand.

The campaign, which was produced by M & C Saatchi and House Design and Film, marks a departure from the label’s previous visuals featuring sexed-up sheepskin boots. The initiative is also the brand’s first global effort.

While emotionally based advertising isn’t new — big names such as Nike and Macy’s have been tapping heartfelt messaging for years — more companies have been aiming to forge closer ties with their consumers.

“People are doing their homework in terms of ad preferences for millennials, and they have realized that this targeted, authentic approach with an emotional appeal works,” said John Talbott, lecturer of marketing and retail from Indiana University’s Kelley School of Business. “There is usually some underlying element of truth to it, too, which is appealing to the generation.”

The approach is paying off for Ugg, which is also featuring Brady and his mother in a follow-up digital spot. So far, the brand has reported almost 300 million media impressions and a significant bump in men’s sales, Mamann said.

Baltimore-based Under Armour similarly took the emotional approach with the relaunch of its women’s line.

Its “I Will What I Want” campaign features a lineup of athletes including skier Lindsey Vonn, ballerina Misty Copeland and even Brady’s wife, model Gisele Bündchen. The spots, created by ad firm Droga5, focused on the resonance of the athletes’ stories with audiences, driving a conversation about the brand’s culture over product performance.

“We knew we appealed to an authentic athlete,” said Leanne Fremar, EVP and creative director of Under Armour’s women’s division. “We wanted to celebrate the triumph and obstacles that have to be overcome. We also [wanted to recognize] that women moving through their lives are going through, and can relate to, these same experiences.”

The result? Globally, the label had over 5 billion media impressions, and women’s sales are up several percentage points since the ad series debuted this summer and Gisele Bündchen was added to the lineup in September.

“The most effective campaigns tap into an insight about their customers,” said marketing expert Denise Lee Yohn. “It’s not just warm and fuzzy, but the brands understand the role they play in people’s lives.”

Both Under Armour and Ugg are planning overseas expansion of their messaging themes.

Last month, Misty Copeland’s original spot for Under Armour was translated into French and has garnered attention abroad. Fremar said the label is also working to recruit athletes in international markets.

Likewise, Ugg is finding a lineup of tastemakers for each of its target countries.

The trend toward emotional advertising presents a unique opportunity for high fashion.

“It’s probably more important for luxury customers, because they are more discriminating and demanding with their purchases because they’re spending more money,” Yohn said. “Luxury is always about status, but the new luxury customer is looking for some authenticity behind that and to connect with the brand.”

“Storytelling has been a much more effective means of communication, and … marketers are the ones that are waking up to [the fact] that this is the way we should be communicating with people,” Yohn said. “Customers want to be involved in the brand and what is communicated about the brand.”