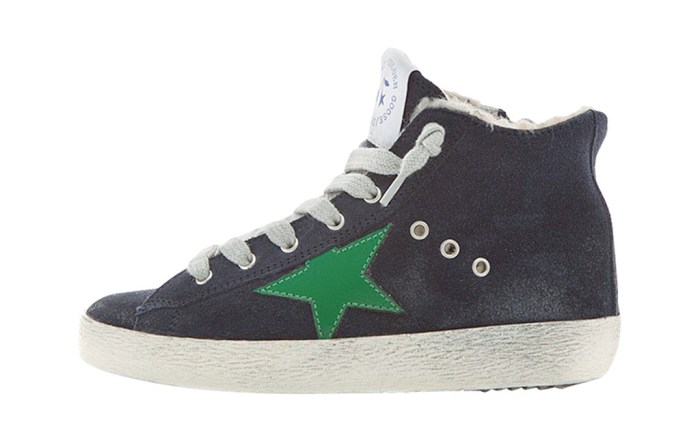 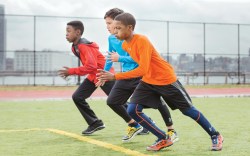 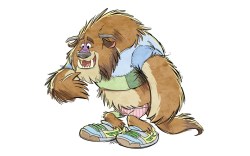 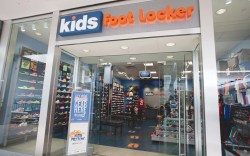 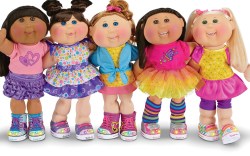 From royal baby fever to “Frozen,” the children’s market is especially buzzy this year. Footwear News reveals 28 of the hottest brands, people and shoes making an impact.

After-School Special
Under Armour is running strong in the children’s market. During the recent back-to-school period, the athletic brand saw sales of its kids’ shoes spike more than 70 percent, according to SportsOneSource. That helped to boost its overall footwear market share by more than one-third.

Grizzliest Ads
To build buzz for its Big-Fit volume-adjusting system, Hi-Tec tapped a Disney illustrator to create the Evergrowing Monster. Shown across multiple marketing platforms, the big-footed bear brings a techy shoe element to life in a fun, whimsical way.

Power Pack
Little shoes were big business this year. From independent stores to national chains, the kids’ category rang up strong numbers, prompting some companies to plot expansion. Fueled by several consecutive quarters of double-digit sales gains in children’s, Foot Locker is rolling out additional Kids Foot Locker doors and carving out more space for that merchandise across its other banners. DSW, which has sold kids’ styles exclusively online since 2011, is adding dedicated departments to 20 of its brick-and-mortar locations. And Journeys is upping its Kidz door count by 18 in fiscal 2014.

Royal Baby Biz
Though only a year old, Britain’s Prince George of Cambridge has already become a formidable force in kids fashion: His every sartorial move sets off a global shopping frenzy. Just ask Early Days, the family-run firm whose small factory has been flooded with orders ever since the royal tot stepped out in the first of what would be many pairs of its classic leather shoes. And with a sibling for George on the way, the world will soon have another fashion icon to follow.

Toy Games
Skechers’ glitzy Twinkle Toes sneakers already rule the fashion scene for girls, and now they’re getting the toy treatment. The California brand tapped Jakks Pacific Inc. to create an array of products, such as playsets that allow kids to design their own Skechers store and Cabbage Patch Kids dolls dressed in Twinkle Toes clothing and shoes.

The Do-Gooder
It may be small in size, but Livie & Luca thinks big when it comes to giving back. The San Francisco brand’s latest mission: building much-needed playgrounds in underprivileged neighborhoods in the Bay Area

Watch Out …
Following its fashionable remake of Heelys, BBC International is bringing its golden touch to another brand, Feiyue. Launching for spring, the collection takes vulcanized sneakers for a walk on the wild side with 3-D animal embellishments.

The Movie That Won’t Let Go
Since the Disney movie’s premiere last November, “Frozen” fever has gripped the kids’ world. The story of a princess with magical ice powers raked in more than $1.2 billion in box-office revenue, making it the fifth-highest-grossing film of all time. And its popularity isn’t likely to thaw anytime soon: With the holiday season approaching, “Frozen” merchandise sales are set to break the billion-dollar mark. Stride Rite is getting in on the magic with a glittery collection of girls’ shoes and boots (at right) that will land in stores next month.

Tweens Are the Thing
This fall, two kids’ brands gave one much-neglected segment of the market a little love. Ugg Australia debuted I Heart Ugg, a super-girly collection of footwear, loungewear and accessories aimed at 9- to 13-year-olds. Playful details such as heart rivets, ribbons and cell phone pockets put a youthful spin on the brand’s shearling styles. Stride Rite, meanwhile, introduced Ryley Sky, a more grown-up line of boots and ballet flats.

High Flyer
With Shwings’ playful shoe accessories, kids can pump up a plain pair of kicks in a snap. Colorful wings, lightning bolts, flames and even mustaches attach to laces, adding a touch of quirky-cool.

Getting In Character
More branded players are getting into the licensing game, and they’re upping the cool factor of character shoes in a big way. Vans put a stylish slant on the Peanuts (above) and Star Wars properties, while Minnetonka jazzed up its classic moccasin and fringe bootie with Hello Kitty flair. Next year, Osiris will roll out a punky, 1980s-inspired collection of Care Bears kicks.

American Pride
A growing crop of startups are directing the kids’ business back to its artisanal roots. Labels including Zuzii, Toe Jamm (at right) and Joyfolie stand out for their sophisticated styling, handcrafted approach and commitment to producing locally.

Feedback From the Floor
The industry gives the skinny on the shoes they’re excited about for spring ’15.

“Our Lorine sandal has a lot of adult-style influence in an age-appropriate update. The iridescent straps add a couture element to the gladiator, an influence that was seen often on the spring runways.”
— Gina LaRossa, Primigi USA

“In the sandal category, Kenneth Cole Reaction’s wedge does well every year. The new version for spring, called Swirl Power, will be big.”
— Matthew Brooks, Brooks Shoes for Kids; California

“Jambu is going to be enormous for us. It’s the ultimate camp and water shoe, but a more
designed version. It has a thinner, dressier profile and looks better on a little girl’s foot.”
— Eric Keough, Kids Footstop; Winchester, Mass.

“A new version of a proven winner at retail, the Even-4 is a playful wedge that combines leopard and floral motifs, accented with an oversized flower and touched off with black patent trim and a jute wrap.”
— Larry Paparo, Nine West Kids

“What I can’t wait for this spring is the foil sneaker by Naturino. We stocked it last year in silver and gold, and it blew out the door. This year, the fuchsia [colorway] should knock the socks off girls.”
— Roz Viemeister, Shoofly; New York