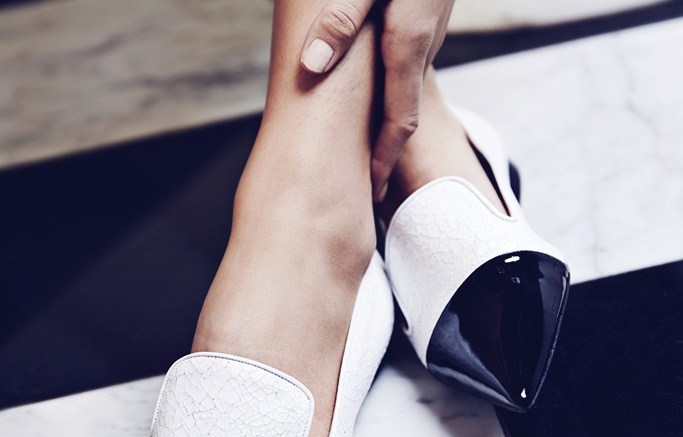 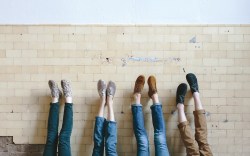 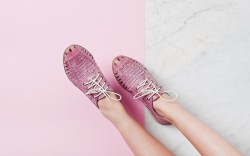 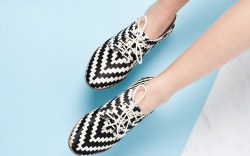 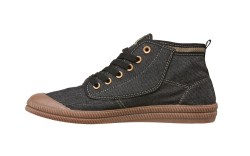 While the opportunity is big, Aussie brands face the challenges of entering the highly competitive U.S. footwear market, which is already saturated with hundreds of labels. But after a pullback following the financial crisis, foreign players are back with more gusto than ever.

“‘Brand Australia’ seems to be having a special little moment in the U.S. right now, particularly in New York,” said Georgia Hobart, owner of Hobes, which offers unisex, casual footwear designed with the traveler in mind.

“Ten years ago when I was first in New York, no one really cared about Australia, but now everyone wants a piece of Australian brands — I think there is this romantic notion about Australians living clean and healthy lives, being relaxed and happy, and also being adventurous and outdoorsy,” Hobart added.

Matt Priest, president of the Footwear Distributors and Retailers of America, said part of the allure of the U.S. is the fact that the country imports 7.2 pairs of shoes for every man, woman and child annually ­— the highest in the world.

“If you’re any kind of international brand with a desire to grow globally, the first place you will look is the U.S. because consumption is so high,” he said.

Priest said that any Australian brand that has grown successfully domestically would be ripe to expand in the U.S., which is an attractive market because of its size, consumption patterns, stable employment levels and status as a fashion mecca.

And there is merit in sounding out the U.S., according to Macquarie Capital (USA) Inc. research analyst Laurent Vasilescu, who noted that U.S. footwear sales at the retail level totaled $67 billion last year.

“American consumers love to shop, and our unemployment rate is at a stable level — we are in the right part of the cycle for consumption,” Vasilescu said.

Louise Rogers, brand manager at 76-year-old brand Volley, said the company is tapping into the idea of the low-key lifestyle synonymous with Australian culture as a selling point for growing its brand, which launched stateside in 2012.

Volley stocks its most popular silhouettes both online and with select retailers in the U.S., including Urban Outfitters, Nordstrom and DNA.

“To be sure your brand really has ‘the chops’ on an international stage, you need to test it in the most competitive market there is: the USA,” Rogers said.

David Sorrell, director of The Mode Collective, said expansion into the U.S. was a logical decision for the firm’s first international development phase, considering the country’s relatively similar tastes to the Australian market and the fact that the U.S. population is around 15 times that of Australia.

“Given the U.S. economy has now stabilized and is much stronger, it’s been a great time for The Mode Collective to enter the U.S., as there is plenty of demand without too much oversaturation,” he added.

“The U.S. is very open to business and [companies] are professional in their buying. The biggest buyers attend all the shows and are always on the lookout for new designs and good-quality [product],” Lever said.

Old Soles launched in the U.S. in 2010, and the country is among the brand’s biggest markets.

There are many reasons why Australian brands have chosen this point in the cycle to launch in the U.S. after decades of staying away.

But expanding stateside isn’t a sure win.

Macquarie’s Vasilescu said that while demand is high, ultracompetitive pricing can make the U.S. market difficult.

“Why would anyone want to enter the U.S. footwear market … where the price points are the lowest for shoes globally and where athletic is outpacing other categories?” he said.

Retailers report other obstacles as well.

Unlike Australia, where fashion tastes and styles are relatively similar by state, Rogers said the vast differences in demand in the various pockets of the U.S. require her brand to take a different approach to marketing and doing business in America.

“The greatest challenges are that every single market has its intricacies. There are significant differences between U.S. coastlines — even by states,” she said.

Hobart cited as one of her greatest roadblocks the task of fostering brand awareness in a large, international market.

“Entering the U.S. is a big challenge for a small brand like ours — we don’t have large budgets to compete with large brand marketing spends, and we don’t have physical stores in the states, so we have to be clever about how we talk about the brand,” Hobart said.

“It’s critical for us to be able to engage on a digital level,” she added.

In addition to adapting to the lower-pricing environment in the U.S., catering to the more price-conscious U.S. consumers — and keeping costs down without compromising quality — is always at the forefront of a foreign brand’s thinking.

Sorrell said he hopes to promote brand presence and value using low-cost methods such as product placement and social media, two methods the company has had success with in Australia.

The Mode Collective is delivering this month its first shipment of women’s fall ’14 product to U.S.-based retailers, which includes predominantly online players such as Piperlime, Free People and Revolve.

Managing international growth with an increasing number of moving parts is one of the key challenges when navigating global markets, he said.

“With more partners, including international PR, warehousing and sales teams, there’s just basically more to manage. Overseeing production, delivery time frames and PR is something that we’re certainly used to, but it requires more focus when a brand is across multiple territories,” Sorrell said.

But there is one advantage to being Aussie, brands said. The lure of Down Under is an asset in making the leap to the land of the red, white and blue, Hobart admits.

“Having an Australian accent normally helps when doing anything international,” she said.