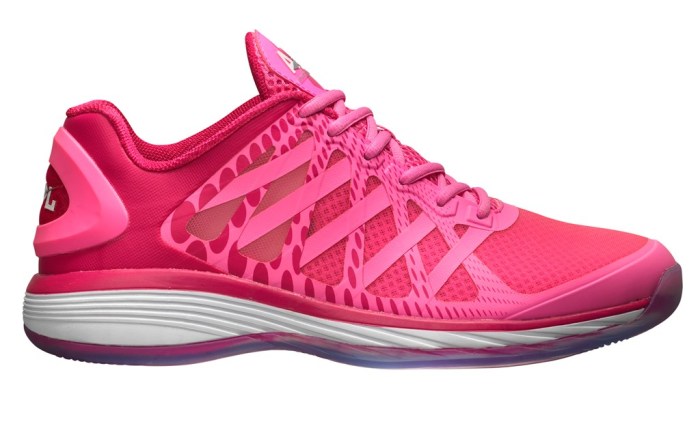 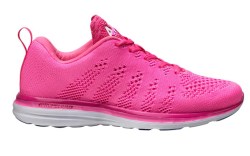 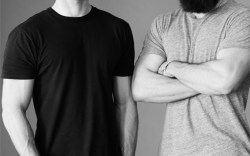 The pink looks — the $140 TechLoom Pro running style for men and women, and the $150 Vision Low basketball sneaker for men — are currently for sale on APL’s website.

According to the brand, 10 percent of gross sales for every pair sold between October to December 2014 will be donated to the Women’s Cancer Research Fund. APL is also promising a minimum guaranteed donation of $2,500 to the charitable program.

“This is a very important cause to Adam and me, as our grandma passed away after a courageous battle with this terrible disease,” said co-founder Ryan Goldston, who began the company with his twin brother Adam Goldston. “As a brand, and personally, we wanted to create products that would allow both men and women the ability to show their support, donate to charity, help build awareness and ultimately find a cure.”

The two styles sport APL’s signature spring technology. The TechLoom Pro features a propelium midsole for comfort, while the Vision Low basketball style hosts their patented Load ’N Launch technology — a feature that earned them an NBA ban in 2010, when they first released their Concept 1 basketball style.

The styles also feature a pink-ribbon logo on the tongue and heels, as well as sock liners that are stamped with the words “Hope” and “Cure.”

This is the second year that APL has partnered with the Women’s Cancer Research Fund for breast cancer awareness. The program runs under the Entertainment Industry Foundation, a nonprofit organization that partners with sponsors and insiders on a variety of causes.

“We really hope to build on the amazing response we received last year,” Goldston said.