5 Questions for the Founders of Bombas 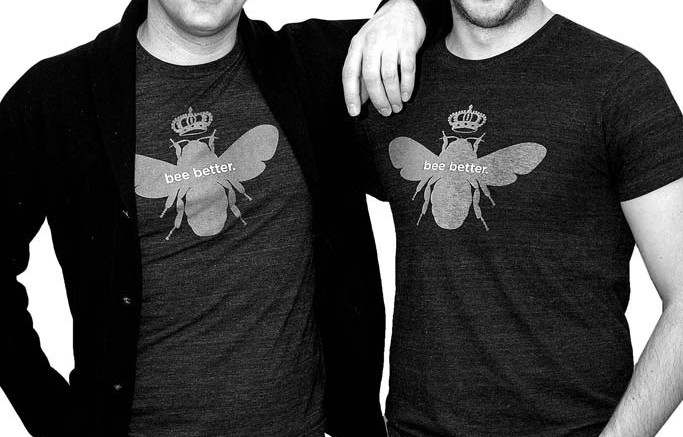 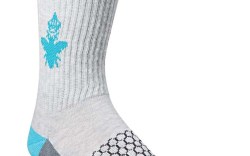 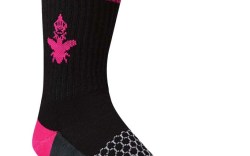 It all started with a quote.

David Heath and Randy Goldberg heard an executive at the Salvation Army say that socks are the No. 1 requested clothing item at homeless shelters. Inspired by the one-for-one model that led to success for Toms in footwear and Warby Parker in eyeglasses, the friends hatched a similar idea and business plan for athletic socks.

They took their proposal for Bombas to the crowdsourcing website Indiegogo.com last July, aiming to raise a meager $15,000 to start their company. By September, they had hit $142,000.

The money allowed them to produce and distribute their line of men’s, women’s and teen socks, each available in calf and ankle lengths at $9 a pair. Design features include an invisible toe seam, reinforced footbed and added support in the arch. Already they have given away 60,000 pairs through their charitable component.

Bombas’ early success caught the attention of “Today” show producers, who invited the founders to be part of a new series featuring four startups and analysis by “The Profit” star Marcus Lemonis. The famed investor dismissed Bombas first, saying he preferred companies that make their products in the U.S. (The brand’s socks are made in China.)

Expansion is still in the cards for the firm, which on April 14 launched a new campaign on Indiegogo to start a kids’ sock line.

Here, Heath and Goldberg talk about funding, wholesaling and why made in China isn’t so bad.

Why did you turn to crowdsourcing to start Bombas?
DH: We thought it was a great platform to not only leverage early adopters but also prove the concept for us. If we put this out there, it would validate whether this is actually a worthwhile idea for us to continue to pursue. Additionally, we liked that these crowdfunding platforms lend themselves to storytelling. It’s not often that people will sit through a 2- to 4-minute video about your company, but it’s very commonplace on sites like Indiegogo.

You raised more than $100,000 above your target. How did you do it?
DH: There’s no secret formula to running a successful crowdsourcing campaign, but there are definitely some components that help. The planning aspect — from refining the story and figuring out how to tell it — was an incredibly important factor. As far as running the campaign itself, what you get out of it is what you put into it. We were incredibly active during our campaign, constantly updating our community with what was going on. But also we personally responded to every comment that someone wrote us, whether or not it was a question.

Were you disappointed by what happened on “Today?”
RG: It was overall positive. The reaction from people — writing in and calling — was overwhelming and tremendous. … But [regarding the China issue], when we started to figure out where we were going to manufacture our socks, we looked at places in the U.S., Canada, Europe and Asia. We ended up choosing a factory in China that we think is the most advanced sock factory in the world. Our factory was the only one that was able to deliver the quality of socks we wanted at the price that allowed us to support our social mission. It was something we couldn’t get at any factory here. We are very happy with the factory we ended up with and are going to stay with it.

DH: Everybody has misconceived perceptions about certain places around the world for production. There are always exceptions to the rule and our factory happens to be one of them. Our factory has a gym, and they teach all their employees English. It’s really quite astonishing to see the quality and level of conditions.

Do you have plans to wholesale?
RG: Right now, our plan is to continue to sell directly on [our website]. Our priority is to be direct to consumer. That’s what allows us to have this price point with all the technology that goes into the sock. We’re not ruling it out in the future, but for the very near term, it’s not part of the plan.

What kind of expansion do you foresee?
RG: First, we’re going to launch kids’ socks. Then we will expand the colors we offer. Now we have black and gray with four neon accent colors. We will expand beyond those. After that, we see ourselves going to more athletic apparel, underwear, undershirts, different materials like merino wool. We have designs on a lot of the soft goods that [would utilize] the same types of materials we are working with now.

DH: Our lofty ambition is to be a direct-to-consumer athletic leisure brand in the vein of Nike, Lululemon and Under Armour.