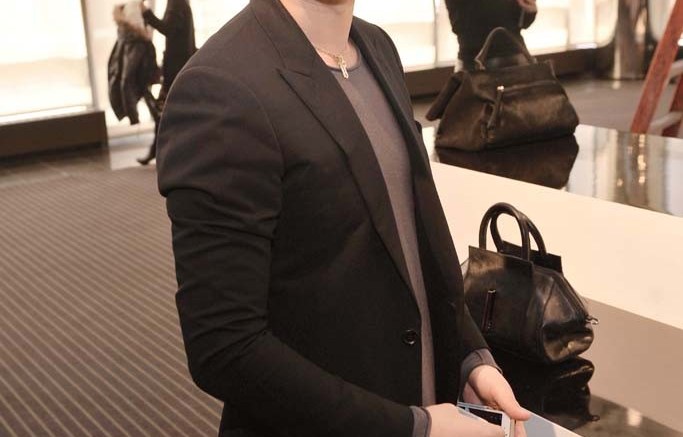 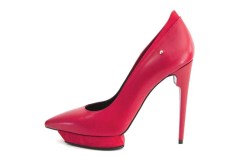 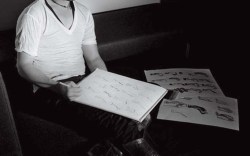 The past few years have been a time of flux for Raphael Young.

In 2011, the designer quietly shuttered his then-4-year-old luxury women’s shoe label, relocated from Paris to New York and went to work for Calvin Klein, where he headed up footwear and accessories design. Last year, just as quietly, Young exited that role, opened a new design studio in Milan and relaunched his women’s label with a mix of boots and stilettos inspired by the look and lifestyle of Bianca Jagger. He also added a men’s line, Raphael Young L’homme, which focuses on sleek silhouettes and luxe fashion sneakers referencing 1970s and 1980s rock music. Young unveiled both new collections, retailing at $550 and up, for spring ’14.

“I needed to get back to my name and my inspiration, and find the force to continue with more maturity and conviction,” the designer said.

His design process also reflects an intuitive approach. “I love creating from and giving life to the material,” said Young, who was born in South Korea, grew up in France and learned the art of shoemaking from his uncle. “The components assemble to become animated by a real soul. It all starts from wood and paper, and life comes out from [my] hands. There is something magical and spiritual about [that].”

Despite his enigmatic air, the designer, who now splits his time between Italy and France, is moving in a more down-to-earth direction via his side project, a design partnership with Raoul. Young recently signed on to create footwear and accessories for the Singapore-based contemporary brand, which until now has focused mostly on apparel. “It’s a luxury product at affordable prices,” the designer said of the new venture.

“Raphael just got what Raoul is all about,” said Odile Benjamin, Raoul’s design director and co-founder. “We needed someone to reinterpret our DNA into leathers, and he has a really light hand. Everything comes out looking and feeling so luxe.”

Here, Young sounds off on the new gig, the joys of designing for men and why he’ll always be a New Yorker at heart.

Why was spring ’14 a good time to launch your first men’s shoes?
RY: The men’s market is now mature and open-minded enough, [and] it’s also something I like to do, being a man. I create following my own tastes — what I would wear myself. Making men’s shoes is much easier than making women’s shoes. Except [for finding] the right factory, there is nothing complicated. It’s faster and just fun. I should have started earlier.

What was your most valuable experience during your time at Calvin Klein?
RY: It was probably working with Francisco Costa, [creative director for women’s]. The design process for the shoes was the most creative part for me. I could practice my art working on lasts and heels onsite. Otherwise, it [was] like the other studios I have worked for in the past. But these two years in New York were mostly unforgettable because of the city itself. I’m in love with New York. I still have a foot in there, and I will never be far from this city.

How did your design partnership with Raoul come about?
RY: [Odile Benjamin and I] were introduced by a common friend, and we had a feeling immediately. I like to work with her and Doug, [Odile’s husband and CEO of Raoul’s parent company, FJ Benjamin]. They are open-minded, they are entrepreneurs and they have a strong will to revolutionize the fashion industry. Raoul will become great. You should keep your eye on this label. It’s all made in Italy, the designs are great and the prices are unbeatable.

For your own women’s collection, what were your big inspirations for fall ’14?
RY: The collection is strong and hot. It’s a mix of sadomasochism and Renzo Piano. I’m still inspired by forms in movement and architecture, but also by giving [power] to the woman who will wear them. The collection is very sexy and futuristic at the same time.

Why were you drawn to Bianca Jagger as a muse?
RY: She’s a free spirit, a free woman and an artist of life. [She is] independent, confident, strong and fragile at the same time. Her style is so perfect, and she had such beautiful outfits. She also had a crazy life. I would have loved to be part of her crew [in the 1970s].