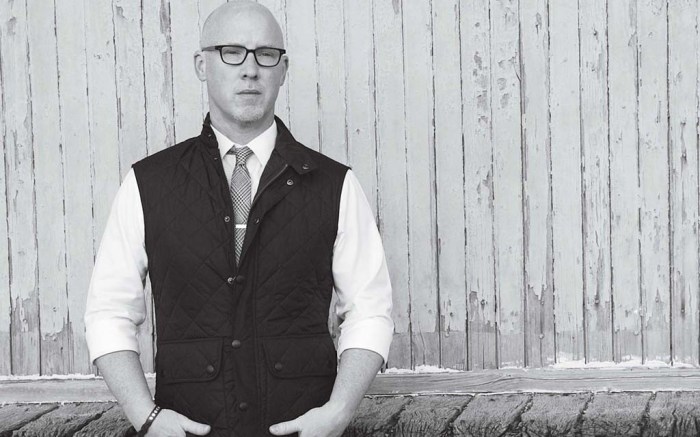 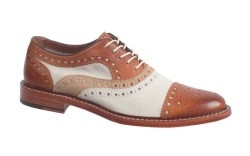 A century before wingtips had street cred, Johnston & Murphy was turning them out for U.S. presidents and Wall Street tycoons.

Today, the Nashville, Tenn.-based brand has found itself in a sweet spot, appealing to traditional customers as well as trend-driven shoppers with its updates on classic looks.

“We’re in an interesting period where heritage has this cool factor, particularly with millennial customers coming into the fold,” said Jason Jones, VP of design and development for the label that was founded in 1850. “Legacy brands during the late 1990s forced themselves to become more relevant and modern. Now we’re in a nice zone [where consumers are] embracing heritage and trusting companies with long-heralded legacies.”

According to Jones, Johnston & Murphy has seen nearly double-digit growth over the past four years, with the collection sold in the U.S. as well as in Central and South America, Asia and India.

Key retailers include better department stores and independents such as Harry’s Shoes in New York and Littles in Pittsburgh.

The brand also operates more than 100 retail stores in the U.S. and Canada. “There’s no better billboard or advertising tool than having a storefront and bringing [customers] into an environment where they’re surrounded by the brand and all its categories,” Jones said.

The label further builds its reputation with line extensions that include accessories and apparel. A companion women’s collection also debuted in 2008 and became available at wholesale for spring ’13, and is in more than half of Johnston & Murphy stores.

Here, Jones, who can be seen often on YouTube discussing the brand, weighs in on keeping pace with changing fashion dynamics and balancing the roles of retailer and vendor.

After years of dressing down, men are dressing up again. Has that impacted your business?
JJ: It’s been the key to our success over the last five years. The dress-down [movement] became a bit too loose in its parameters. Now the younger generation, who didn’t grow dressing up, are interested in it. They’re exposed to fashion blogs and [style] websites, so they’re getting more [familiar] with it. We’re seeing a bit of a pickup in younger men’s suitings, which we pair well with. Our shoes also [work] with premium denim. We love product that can go from day into night. That’s been a big part of what’s driven our business [more recently].

Over the brand’s long history, are there styles that have remained important?
JJ: There are several; a classic cap toe and wingtip are two of the biggest. We also have the Melton, cap-toe style. It was the No. 1 dress shoe in the U.S. market long before I [joined] nine years ago. [In fact], we’ve had it for more than 20. It’s a derivative of other patterns from the past. While some [styles] change names and constructions, the patterns themselves have been around since the early days.

How does Johnston & Murphy compete with newer fashion labels courting young consumers?
JJ: One is directly through the aesthetic of the product. [Next] is a big marketing push digitally, through [print] advertising and within our own stores. With heritage [looks] now [having] such a strong play, we’re taking advantage of telling our story. We’re going back to our archives as a 164-year-old brand. We’re looking back to the 1920s and ’30s to replicate some of those looks, then getting [them] out online. It’s going to take some time, but we’re finding the millennial customers are more interested in what their grandfathers looked like than their fathers. Shows like “Mad Men” have also brought [these looks] to the forefront. We have the history. It’s impossible to replicate or fake that.

Tell us about the importance of comfort for your line.
JJ: We view it as something expected and not an add-on [feature]. It’s embedded into our culture, whether it’s something that’s [done] in a very old-school way or a pure comfort play, we keep comfort in mind. We’re always forcing ourselves to one-up the comfort angle. We do marketing around our XC4 collection, [which features] four elements including superior fit, advanced cushioning, lightweight construction and moisture management. [That line] is built like an athletic shoe — there’s no break-in time, and it has lots of functionality. On the more traditional side of the business, we use Poron inserts and proprietary constructions that [offer] comfort without being overt. It’s more of a hidden feature.

You talk about some of that technology on YouTube. How important is social media for your brand?
JJ: The product-specific videos began as an internal training mechanism to educate our store associates while introducing new technology-driven product launches. We began posting videos on social media and through our website. [While] it helps us connect with a younger audience in a quick and concise way, it’s difficult to quantify the direct impact on sales. The ultimate goal is to educate our consumer, so they feel equipped to make smart purchasing decisions.