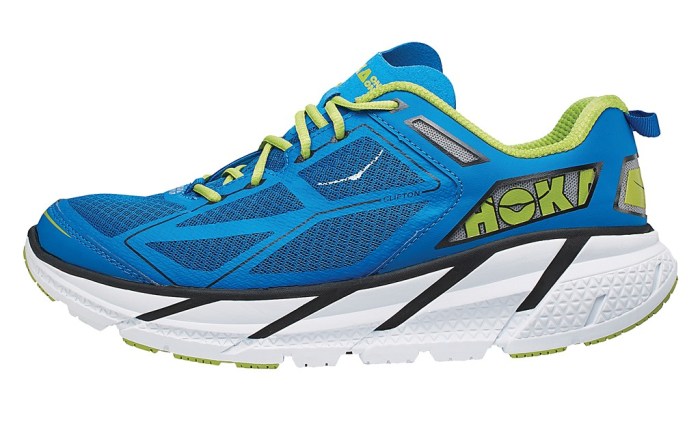 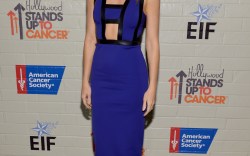 Hoka One One is poised to take flight.

The Richmond, Calif.-based running brand, known for its supersized sneakers and “Time to Fly” tagline, has made quick progress since its acquisition in 2012 by Goleta, Calif.-based Deckers Outdoor Corp. (the deal was completed last spring). It has expanded to around 750 doors today from 180 in 2013.

“We’re experiencing tremendous growth, in the neighborhood of 300 percent to 350 percent [in year-over-year sales],” said the brand’s president, Jim Van Dine. “We’re not going to continue at that pace indefinitely, but we see there is still lots of opportunity.”

To fuel the momentum, Van Dine transitioned at the beginning of the year to focusing full time on Hoka. Previously, he was also supervising sister brand Ahnu Footwear, which he founded, and Tsubo.

The running label has also added industry vets Mark Mastalir and Rob Purvy as VPs of marketing and product, respectively. And Hoka has hired 14 field service reps, who host clinics and demo runs at stores around the country.

The product line is evolving as well. Van Dine said that this month, Hoka will debut more lower-profile sneakers that should help the label reach new consumers. And for spring ’15, it will launch a line of shoes targeted to the sporting goods channel, an entirely new distribution avenue for the running brand.

Here, Van Dine sounds off on executing smart reinventions and winning over the skeptics.

Are you moving away from Hoka One One’s quintessential “maximal” look with these new lower-profile styles?
JVD: We’ve categorized the business into two groups: “ultrasize,” which is the original shoes, and then “oversize,” the lower-profile shoes. The business is trending to be 55 percent oversized and 45 percent ultrasized. The oversized shoes are super plush, and they’re still larger than conventional shoe dimensions, but they’re a little closer to what has been normal. The response from our athletes and wear testers has been good. We’re shipping in July, and that’s the shoe we think will sway the naysayers.

Who are those naysayers?
JVD: Younger people on the show floors think of them as clown shoes, although there’s less and less of that as time goes by. But [the sneakers] don’t fit neatly into historical categories. All our shoes are inherently stable, for example, so we have no “stability” shoes. That’s our biggest challenge, overcoming the rigid thinking that people have had about what constitutes a running shoe.

You’ve expanded your endorsement roster beyond trail and ultrarunners. Has that affected your business?
JVD: For a lot of people, signing elite track and field athletes is changing their mindset. As we make racing shoes and spikes, [that product] is going to conform to normal conventions. When Deckers bought Hoka, the brand had a number of ultramarathon runners, and we’re still very committed to that and have signed new ultrarunners. But we wanted to sign some elite track athletes as a demonstration that this isn’t just for old broken runners and ultramarathoners. Even superelites like Leo Manzano benefit from wearing the shoes. It’s a brand reset for a lot of people. And while most runners don’t really care about elite stars, younger athletes, like high school cross-country runners, look up to role models.

What moves are you making in terms of distribution?
JVD: For spring ’15, we’re expanding the product line dramatically so we can segment and have a whole [separate offering] for sporting goods and athletic specialty. Running specialty will have its own product, and we’re going into The Sports Authority, Finish Line and places like that. It’s too early to write orders, but they’ve indicated a willingness to take us on, and we’re excited but staying focused and committed.

How does moving into the broader sporting goods channel fit into your larger goals?
JVD: Deckers never acquired Hoka to be a niche brand. My main responsibility is to make sure the brand has no ceiling, that we can grow to whatever extent the market allows. And there are numerous athletic brands that surpass $1 billion in annual revenue, and I don’t think that’s an impossible target, although I’m not saying that would happen in the next few years.