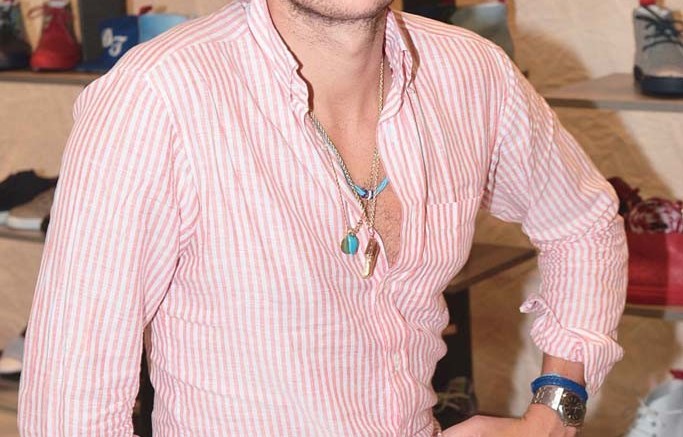 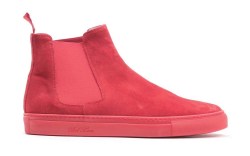 Del Toro is about more than slippers.

The Miami-based brand, known for its made-in-Italy loafers, has slowly grown to include a range of footwear, as well as socks, bags, belts, hats and — most recently — apparel. The expansion has helped Del Toro at least double sales every year since launching in 2005, said Matthew Chevallard, CEO, president and creative director.

As the label broadens the offering, it frequently tests new categories on the e-commerce site.

“The trends move so much faster in our direct sales channel,” said Chevallard, 27. “Now we can convince retailers to move into [other categories based on results].”

Del Toro is carried by about 100 retailers, including Barneys New York, Bloomingdale’s, Saks Fifth Avenue, Nordstrom and many top boutiques. Barneys will stock the bags for spring ’14.

“I’ve been carrying Del Toro more or less since Matthew Chevallard launched his line,” said Laure Heriard Dubreuil, owner of The Webster boutique in Miami. “He’s Italian, but he grew up in Florida, so it felt very organic. He’s very talented and his line is a perfect match for The Webster.”

In fact, the retailer has developed exclusive pieces with Chevallard since 2012, and many others have partnered with the label for 2014, including Modaoperandi.com.

Del Toro touts its ability to develop limited runs of special product for its retailers.

“Now we’re kind of curtailing distribution, because one of our struggles is structuring the relationships with all these retailers,” said Chevallard. “But every [department] store is continuing to open doors and increase orders [with us].”

Owned retail is the next frontier for the brand, which bowed its first boutique in Miami’s Wynwood Building last year, as well as a Miami Beach pop-up, open through March. A New York location could be on the agenda, as well as an increased focus on women’s footwear, which now accounts for 20 percent of the business.

Here, Chevallard talks retail, evolving beyond slippers and why Dwyane Wade is the NBA’s most stylish player.

You started Del Toro at 19. What was the biggest challenge back then?
MC: I had no experience. I’d never worked for a shoe company, had no family in the industry or in fashion. I was just winging it and trying things. I always loved fashion and was passionate for it, but it was hard and it still isn’t easy now. I’d be lying if I said it was. But we have a lot of great people who help now, and it’s getting easier. There’s always forward progress, and that’s all I can really [ask for]. But it’s hard — stakes rise, responsibilities rise. I do everything [financially] on my own. I don’t have any help. We operate strictly off cash flows and sales.

You’ve garnered a lot of success from one specific silhouette. Was expanding beyond the slipper difficult?
MC: When it took off, it was funny because we almost gave up on it. By that time, we had started doing driving shoes. The slipper wasn’t my passion — the sneaker is. It’s not like I was going to do the slipper for the rest of my life. I always wanted to offer more shoes. The slipper is a tiny niche market. But now almost every company has a slipper in its [offering]. It’s insane. [But we’ve proved the success of the other styles through our website], and stores have started buying chukkas.

What’s the secret to getting a factory to do all those limited runs for your collaborations?
MC: That was my godsend. They’d develop anything and everything I wanted, literally. It took me six or seven years to get a good factory. I’ve had the blessing of actually getting a factory to help me and that was willing to concede to stuff I asked for. “Hey, can I make three colors? No, one! 5,000 pairs and that’s it.” You struggle. That’s what’s good about the footwear industry, the high barriers of entry. You can’t just wake up and say, “I’m going to start a shoe company.” It’s a lot harder than that.

What has the power of celebrity done for the brand?
MC: The NBA thing was huge. We went up to size 18 and started [making shoes for] Dwyane Wade. He was our ambassador, and everyone copied him. He’s the style king of the NBA right now and he wears everything [Del Toro makes]. He has like 80 pairs. And he buys them all. You have to give a lot of attention to that.

What’s next for Del Toro?
MC: My whole intent is building out more of the brick-and-mortar and having more stores, because you can convey your message and branding best that way. In 2014, we’ll have something in New York, for sure. We want to open up a showroom and offices there. We love Miami, and Miami is really the DNA of the brand, but it’s tough. There’s not much business to be had there, so we need a showroom in New York.