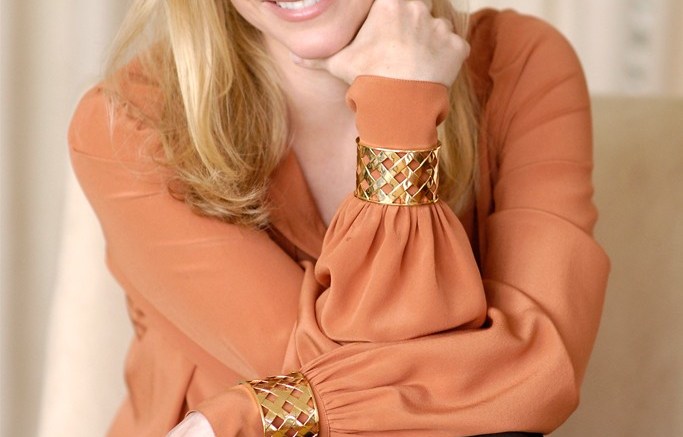 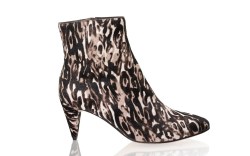 Fiona Kotur Marin launched her line of minaudieres in 2005, but the CEO and creative director always planned to offer much more.

That day — or season, for that matter — has come.

The New York- and Hong Kong-based brand, aptly named Kotur, debuted footwear for spring ’14 and has now increased its offering for fall to include a full range of shoes and accessories that, according to the designer, are an extension of the bags.

“We wanted to create a whole environment with the same message that we have for our bags: expressive, whimsical and creative. We want to offer something that isn’t out there already,” she said, citing retailers as major players in the decision to broaden her line. “Some of our retailers had encouraged us to branch into footwear, so we were excited to have that support. It’s something I’ve always wanted to do.”

And while the spring line is stocked at top retailers, for fall the focus is to grow the business through specialty stores and e-commerce, which the company plans to launch in the coming months.

While her average shoe retails for $495 to $695, Kotur stresses the price is a reflection of the quality, owing to her Italian manufacturer based in China.

Here, Kotur dishes on details for fall, what inspires her the most and why the shoebox is so important.

1. What are your key styles for fall?
FKM: One is called the Xanthe. It’s a 100-millimeter heel and can be worn during the day and in the evening, depending on what material it’s presented in. The Xanthe is a key silhouette because it’s embellished, and we’ve had a lot of retailers react to it since it’s not something they’ve seen before. We did one style in a satin with embellishments — they’re kind of whimsical. Another key piece is the Grace asymmetrical shoe. It has studs wrapping around it. There’s another lace-up boot in gold leaves. Basically, the key items are those that are uplifting and special.

2. What was the inspiration behind the collection?
FKM: I like to say it came from a cabinet of curiosities. A lot of what I’m inspired by comes from things going on in the world: popular art shows, travel, culture, movements and music. I create each piece to feel unique and special, definitely a collectible item. Right now, I’ve become very nationalistic too. Maybe it’s from watching the Olympics. I don’t know how that’s going to manifest itself into my footwear next season, but I’d like to celebrate the individual, so we’ll see where that takes us.

3. Why is the packaging, particularly the shoebox, so important for the brand?
FKM: My mom was a fashion illustrator in the 1970s and ’80s, so she does the illustrations on our shoeboxes. The design is different each season — she gives personality to the product in a way. Every shoebox is special and [could be] saved as a collectible, which is why we designed it with grosgrain ribbons on each side, so you can use it as storage. I don’t like throwaway fashion. I like the idea of being able to keep everything. You can mix things up and collect them over years, so the box fits in with the philosophy of the Kotur brand. Every season you’ll have a different box and a different shoe to build on your collection.