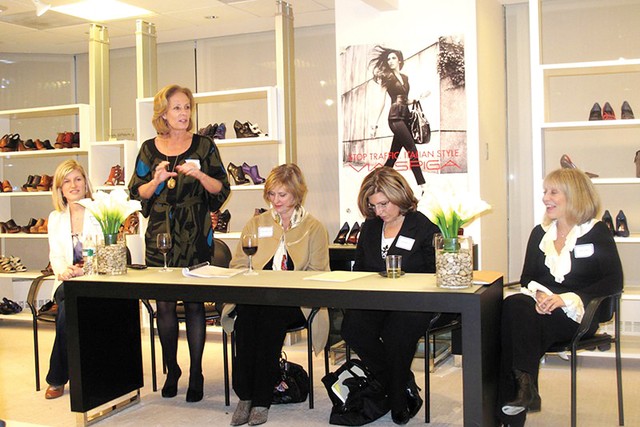 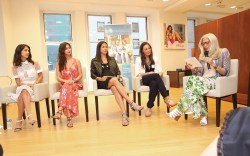 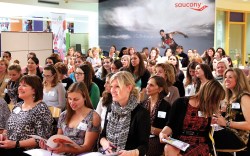 In an industry whose executive ranks are largely dominated by men, Two Ten Footwear Foundation has sparked a growing women’s movement.

Through its Women in Footwear Industry group, launched in 2008, female professionals from across the shoe business are coming together to share ideas and inspiration. Spearheaded by founding co-chairs Diane Sullivan, chairman, president and CEO of Brown Shoe Co., and Carol Baiocchi, SVP and DMM of footwear for Kohl’s Corp., WIFI’s mission is to educate and nurture the next generation of women leaders through conferences, networking and mentorships.

“WIFI came out of the awareness that though our industry is large and vast, we weren’t representing the full diversity of it. There was a clear need to be more inclusive and tap into the power of the women in our industry,” said Baiocchi, recalling the group’s first meeting six years ago. “From that moment, you just knew this was going to be something important and powerful. Women were opening their voices and creating this amazing dialogue.”

Sullivan, who in May stepped down as WIFI’s co-chair and was succeeded by fellow Brown Shoe exec Libby Edelman, agreed. “We’ve been able to meet a real need, the size and scale of which we didn’t even understand when we first started,” she said, noting that in shaping the organization, she and Baiocchi were motivated by the remembrance of challenges they faced as women coming up in the business some 20 years ago. “I was working while raising young kids, which wasn’t typical at the time. So it would have been terrific to have this opportunity to connect with other women going through the same experiences.”

Since its launch, WIFI has grown to eight local chapters in cities including New York, Los Angeles, Boston, St. Louis and Las Vegas. The chapters, which typically host two events yearly, are led by executives from companies such as Keds, BBC International and Zappos.com. In addition, WIFI holds an annual national summit during either FN Platform or FFANY. All told, the group’s events draw as many as 1,000 women.

“Participation is growing every year, and we continue to field requests for new chapters,” said Tanya Allain, manager of special events and programs at Two Ten.

Networking is another important aspect of the events. “We’ve heard so many stories of women meeting future business partners or lifelong friends through WIFI. Knowing they have the support there helps women stay and succeed in the industry,” Allain noted.

Baiocchi said this fellowship among women facing the same challenges is even more critical in today’s fast-moving business. “The industry today is very different from the industry I grew up in — the dynamics are ever-evolving, and there has been tremendous consolidation. So the need is even greater for opportunities to learn and grow and connect.”

WIFI also coordinates a mentoring program that pairs seasoned industry professionals with women just starting out in their careers. Over the yearlong relationship, mentors advise protégés as they work toward specific career goals. In February, WIFI will award its first scholarship under the program. Sponsored by Foot Petals and open to both current and past mentees, the $1,000 scholarship will fund classes and other professional development venues.

As WIFI looks to the future, Edelman said she is excited to partner with Baiocchi in taking the group to the next level. One of her big goals is to bring in people and points of view from outside the shoe industry. “Great ideas can come from any industry. It would be inspiring to hear from other women outside our business,” she said.

Edelman also plans to focus on expanding WIFI’s network of chapters, which she believes are key to growing participation. “Our national summits are fantastic, but it’s hard to do as much as we’d like around these events in New York and Las Vegas because we all get caught up in our own shoe-show business,” she noted. “The local chapters can hold events during the off times, and gatherings don’t have to be rushed.”

Sullivan, who plans to remain closely involved with WIFI, said she is proud of what the group has achieved under her watch. “Women are engaging and sharing with one another and bringing their points of view to the forefront,” she said.

Added Baiocchi, “If you look around, there are more women serving at high levels. You can see that movement. There is an awareness today that didn’t exist before.”