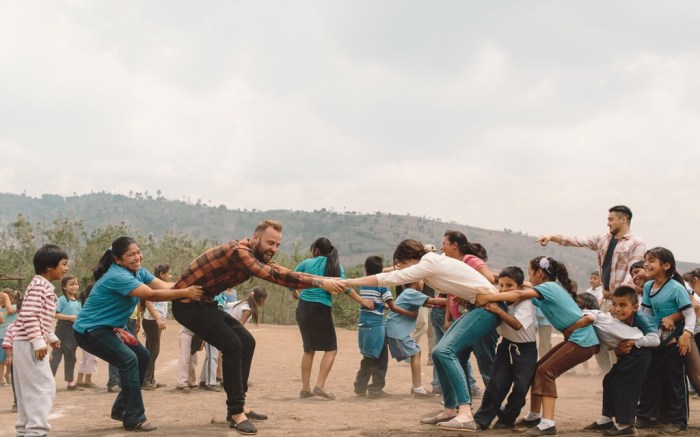 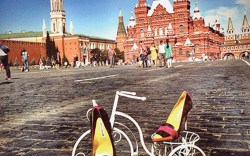 Is there a secret to winning the super-competitive social media game?

The most successful brands go beyond just the numbers — and they’re using the power of conversation to make their culture a part of shoppers’ daily lives.

Take Toms, which is using its Instagram as a way to bring passionate followers together at its volunteer events and to fuel excitement about new one-for-one product launches.

Likewise, Vans continues to build a loyal consumer base by bringing its fans what they want to see most: unique videos, photos and contests that capture the essence of the brand.

Meanwhile, at Manolo Blahnik, the shoes tell the story on Instagram — followers check in regularly to find out what unexpected locale the styles have landed in.

Metrics like fan counts, shares, comments and retweets help these brands measure their traction with audiences — and they are by no means the only factors to consider, said Jan Rezab, co-founder and CEO of Socialbakers, a New York-based global social media analytics company that helps labels quantify and improve their online presence. “It’s also important to look at how many inbound tweets, direct messages, Facebook posts and questions they are getting from customers,” he explained.

Of course, social media poses its challenges. In a field so crowded, the eyes looking at any given post are being exposed to a multitude of other messages at the same time. Brands surveyed by Footwear News also said the difficulty of drawing a direct connection between shares online and sales can make ROI hard to quantify.

That may be changing. Coupon codes and other incentives linked to social media can make related purchases easier to track. And even more developments are down the pike. For instance, both Facebook and Twitter may soon introduce “buy” buttons that will allow consumers to purchase products directly through ads on social networks, Rezab pointed out.

Social media can give marketers a leg up in today’s world. The secret to doing it well and standing out is clearly defining end goals, planning content, posting quality imagery and playing to each platform’s strength, experts said. Plus, it helps to know that some things work — and some don’t — and that you might not know the difference until you try them out.

Here, FN takes a closer look inside the Toms, Vans and Manolo Blahnik strategies. What’s working best? Read on to find out.

Lesson: Pick the right message — and make sure your posts support it.

What started as a charitable shoe firm in 2006 has become a model for other companies that have adopted the one-for-one approach. Unsurprisingly, Toms uses its social channels not only to promote its product — which now encompasses shoes, sunglasses and coffee — but also to further publicize its philanthropic message.

“Our community’s goal is to make lives better, so we use social media as an extension of how we can do that,” said Eve Richey, VP of digital at the Los Angeles-based label.

For example, Toms this summer used Instagram’s Instameet feature to host volunteer events in Venice, Calif.; Austin, Texas; and Chicago. Participants cleaned up the streets in Venice, took part in a book drive in Austin, and made furniture for classrooms as part of Toms’ back-to-school campaign in Chicago.

“Toms has become heavily associated with social consciousness due to its altruism and unique business model,” said Socialbakers’ Rezab. “They need to make sure they’re continuing to be authentic and transparent with their customers.”

Strategy that works for one most likely won’t make the grade on another.

“We can tweet an inspirational quote and create 400 engagements on Twitter, but the same quote on Facebook will [garner] only 50 engagements,” Richey said. “On Facebook right now, we are more successful displaying product with a meaningful story such as a collaboration with a partner who is doing good in the world.”

Another example of Twitter success: Earlier this year, the company teased the upcoming launch of its third one-for-one product. Toms asked its followers to guess what it would be using the hashtag #onedecision (it turned out to be coffee paired with a donation of clean water).

“The users became our biggest marketers, retweeting, sharing with their friends,” Richey said. “When Blake [Mycoskie, the label’s founder] announced it was coffee, we trended nationally on Twitter for about an hour [as Toms Roasting Co.] and sold out, exceeding our sales expectations right away.”

Lesson: Identify the audience that your story resonates with, get involved with them and make them a part of your community.

Of footwear’s top 200 brands analyzed by New York-based Stylophane, a digital marketing agency with clients including Rocket Dog, Dansko and Palladium, Vans had the most engaged Instagram followers in July. The Cypress, Calif.-based division of VF Corp. registered more than 4 million photo likes that month, ahead of Instagram powerhouse Nike (whose follower base exceeds 6.9 million on its main account alone), thanks to a devoted community of surfers, skaters and music lovers.

Instagram is just one platform in which Vans excels. The iconic label has attracted a massive following on Facebook and also maintains a steady presence on relatively newer services Google+ and Vine.

“Using several different sites is the best way to diversify, explore and make sure you’re not beholden to one master,” said Nikki Scoggins, senior marketing and social media manager for the brand. “You definitely don’t want to put all your eggs in one basket when you don’t own that basket.”

Last year, Vans launched one of its most talked-about campaigns to date. Dubbed #LivingOfftheWall, it was the first to target a global audience across all categories: skate, surf, women’s, snow, BMX, music and art.

For six months, the social media team circulated still photos, GIFs, videos and contests with the goal of keeping stories interesting — and shareable. By the end, success was measured by engagement rates both globally and locally, Scoggins said.

Vans benefits from a passionate community and its ability to tap into the lifestyle. Most recently, the brand sponsored the U.S. Open of Surfing in California and is a major supporter of the Triple Crown of Surfing and Warped Tour. Members of its surf and skate teams regularly share content to wider groups as well.

“No matter the industry, brands of all types can latch on to specific communities and themes as long as there’s a clear connection with the brand,” said Socialbaker’s Rezab.

While direct correlations can be found between social media promotions and e-commerce sales, the broader focus is creating a faithful audience, Scoggins said.

In the second quarter of this year, Manolo Blahnik saw a 27.9 percent fan growth rate on Facebook, according to Socialbakers data. Compared to high-end brands with followers numbering in the single digits, the label is effectively tapping into its global community.

“Our goal is to entertain people,” said label CEO Kristina Blahnik. “We share our experiences around the world with our followers in a fun way, and everything is ‘through the eyes of the shoes’ and their experiences. Our purpose is not commercial, and its aesthetic is not meant to be slick. It is there to simply make people smile.”

Most recently, Manolo Blahnik launched #ourweekin, showing the shoes in various international locales, from the canals of Hamburg, Germany, to Central Park in New York. The designer’s international retailers snap the photos.

“We strongly believe in staying shoe-focused and giving the shoes a voice — it is a different way to present a brand and has been very successful for us,” Kristina Blahnik said. “Sometimes we share some quotes from Mr. [Manolo] Blahnik, but always with a story behind them. The shoes are the protagonists on our social media, and we want to share Manolo’s inspiration and creative mind through them.”

The campaign has also helped speak to the global audience and grow the number of followers there.

Managing partner Alex Mendoza at Stylophane said he is not surprised content like #ourweekin would resonate with Blahnik’s fans.

“The really high-end brands seem to know this instinctively, but the great thing about shoes is if it’s beautiful, people want to share it,” he said. “And it’s enhanced by staging — by the person stepping out of a Learjet or reclining in paradise.”

In the label’s short time on social media, some sales have been directly linked to online posts. For example, after a shoe is shown on Facebook, a customer will call the store and ask for the particular style. But overall, Blahnik said, interaction and engagement matter more than purchases. “Sales are not a measure of success to us; feedback and commentary are,” she said.

All follower counts are current as of press time.