Marketer of the Year: Stuart Weitzman 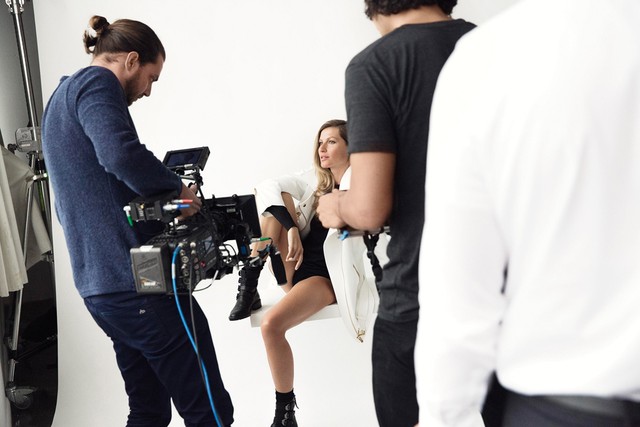 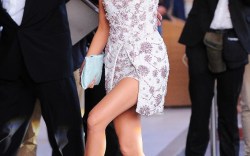 Gisele Bündchen. Blake Lively. Julia Restoin Roitfeld. Those are just a few of the names that put Stuart Weitzman in the limelight this year, in ad campaigns, on red carpets and in short films.

But celebrities aren’t the only factor behind the footwear firm’s brand-building success.

That multifaceted approach has been useful for reaching the ever-thriving millennial consumer group. Spending from that segment accounts for 30 percent of sales, Kulkin said, up from 5 percent three years ago.

“I do believe that one plus one equals five,” said Susan Duffy, chief marketing officer. “We’ve done our omnichannel campaigns and have maximized the excitement. And fueling desire fuels sales growth.”

One notable Stuart Weitzman image that generated interest this year was a topless Bündchen posing with the brand’s Hitimes pointed-toe stiletto ankle bootie. The fall ad campaign turned heads not only for its star power, but also for the striking yet simple way the footwear was displayed.

“Our choice of faces and using Mario Testino as photographer produced a distinctive visual vocabulary that’s multicultural and multigenerational in its appeal,” Duffy said. “That appeals to women worldwide.”

The videos’ famous faces and provocative imagery convey a lifestyle that audiences can aspire to — and now associate with Stuart Weitzman.

So far, the films have been a hit online: “Rock Roll Ride” has scored 2.1 million YouTube views to date, and “Feel So Good” has 1.8 million views. The efforts seem to be paying off at the register, too: Sales “have exploded” for all three of the boots featured in “Rock Roll Ride,” according to Duffy.

“Anything that people can develop a point of view about works well to encourage people to share it,” said branding consultant Denise Lee Yohn. “The content is less about the brand pounding its chest and more about inviting people into this [aspirational] world.”

“It’s about the eye candy,” said Milton Pedraza, CEO of the Luxury Institute LLC. “It’s expressing the beauty of a product in an image to create an emotion or feeling of desire. If you don’t covet it, at least you admire it.”

But perhaps no print or online marketing campaign was as successful for Stuart Weitzman as its red-carpet outreach. This year, its Nudist sandal — a minimalist two-strap stiletto favored for its versatility and supreme comfort — has been seen on the feet of everyone from Alessandra Ambrosio and Jennifer Lawrence to Chloë Moretz. It’s estimated that the brand has sold 75,000 pairs of the $398-to-$1,900 sandal since it first hit retail in December 2013.

It all goes to show that the No. 1 thing any brand needs is solid product.

“[We have] customers who have grown up with us, seeking luxury footwear that’s a pleasure to wear,” said Stuart Weitzman, “[but we] are expanding for the next generation with faster, more aggressive designs that retain our DNA of feeling good in our shoes.”