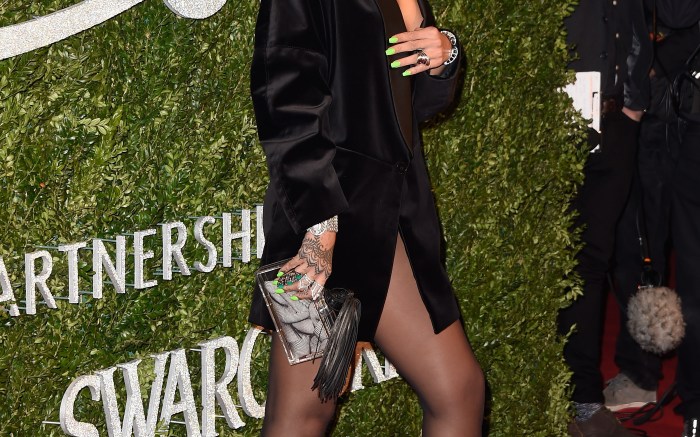 After weeks of speculation, Puma and Rihanna have made it official.

Puma named Rihanna creative director of their women’s line on Dec. 16. The songstress also revealed her involvement to fans via a racy photo on Instagram the same day.

It’s a big accomplishment for the singer, who solidified her place in fashion with the CFDA Fashion Icon Award win this spring.

As a part of the several-year agreement, Rihanna will oversee the design and creative direction of the sportswear brand’s fitness and training lines, according to a press release from Puma. Her role covers both apparel and shoes. Rihanna also joins other famous faces for the company — including runner Usain Bolt — as the face of the Puma women’s training line.

The style maven and pop star has had quite year in 2014, from the CFDA win to collaborating with MAC Cosmetics, and taking home the title as the most-Googled red carpet star of the year. It’s no surprise she was in demand for any fashion brand, but the Puma exclusive is a major win for Kering, Puma’s parent company. Rihanna’s memorable looks — just think back to the particularly risqué crystal dress from the CFDA awards — make her a daring choice to help the brand enhance its fashion status and overhaul its look.

The partnership also puts Puma in a true competitive spot against other women’s athletic brands which have debuted splashy new campaigns and celebrity brand ambassadors this year. From the Under Armour “I Will What I Want” campaign featuring Misty Copeland to Nike Women’s fashion line with designer Pedro Lourenço, it’s been a major year for fashion in the athletic category. Puma said in the release the new partnership means “taking a fresh, forward thinking and non-traditional approach to sports, fitness and lifestyle – fusing Rihanna’s personality, love of sports, spirit and style into the growing footwear and apparel segment.”

Rihanna announced the deal via her Instagram, with a sexy selfie in white fur, pearls and a bold red lip declaring “Hello #PUMA”

Hello is right — we’re anxiously awaiting to see what she can do for footwear at Puma.