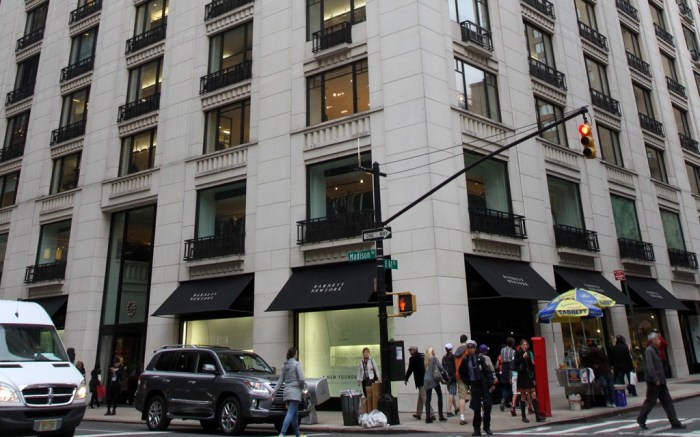 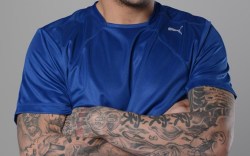 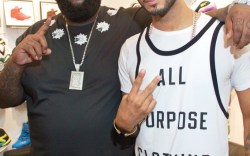 Scandal abounded for footwear firms this year. Whether it was an outrageous comment or worse, many brands quickly washed their hands of the offending parties. Here, FN ranks the stories.

2 Puma
Aaron Hernandez signed a two-year deal with Puma in April to be the face of the brand’s training category — only to be dropped by the company in June after his arrest for first-degree murder.

3 Barneys New York & Macy’s
In a still ongoing matter, the department stores have been accused of racial profiling, prompting public outcry and the establishment of a task force to address the issue.

4 Reebok
When the song “U.O.E.N.O.” was released featuring Reebok Classics spokesperson Rick Ross (near right), the guest rapper was soon released from his contract with the shoe label. Ross came under fire for lyrics that some said glorified rape, and for an apology that came too late.

5 Adidas
The footwear firm suspended its sponsorship of sprinter Tyson Gay after he failed a doping test in July, saying it would terminate his deal if he was found guilty.

6 Dolce & Gabbana
In June, designers Domenico Dolce and Stefano Gabbana, as well as other defendants, were found guilty of tax evasion and sentenced to one year and eight months in jail, plus legal expenses. The duo appealed their conviction last month and await a trial date.

7 Skechers
Skechers USA Inc.’s independent auditor, KPMG, resigned from the account in April due to insider trading accusations leveled at a senior partner in the accounting firm’s West Coast practice. The footwear giant was not at fault and subsequently hired BDO USA to take over its audits.