What Paul Mayer Is Cooking Up 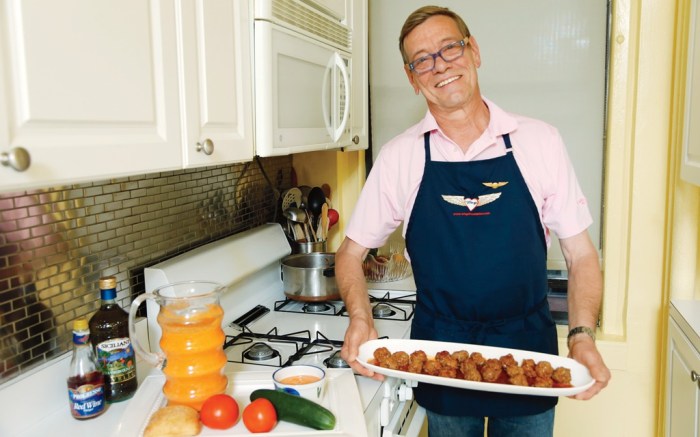 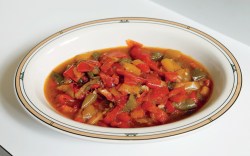 Paul Mayer may be known to the public as a veteran footwear designer, but his friends recognize him more for his skills in the kitchen. The French-born, New York-based designer could create a gourmet meal long before he laid his hands on a shoe last.

In fact, Mayer cooked his first dinner at the age of 6 — and it wasn’t the frozen kind. “I made steak tartare,” he said.

Mayer’s love affair with food started when, as a kid growing up in Paris, he complained to his father that he disliked the meals his nanny prepared. “We had a big blackboard in our kitchen, and [my dad] said, ‘Write what you would like [each day],’” the designer recalled. “When I was done, he reached in his pocket, pulled money out, put it on the table and said, ‘We’ll buy you all of this, but you’re cooking it.’”

Mayer was up for the challenge, having picked up a few skills from watching his nanny at the stove. In fact, he quickly found that he had a knack for all things culinary, and he and his sister struck a deal where Mayer did all the cooking and she did his Latin homework.

His passion for food continues today, even influencing his 9-year-old footwear label, Paul Mayer Attitudes. The colors, textures and moods of his signature flats and kitten heels call to mind edible eye-candy. A vibrant red style, for example, pays homage to heirloom tomatoes, Mayer said. A lively mixed-pepper dish inspired some bold color-blocking on another. The footwear silhouettes are all classic, but the colors and textures run the gamut from neutrals to neon juxtaposed with animal prints. And Mayer draws a parallel between tweaking timeless constructions and making a good meal.

“Food and shoes are [similar] because you start with a base, and whatever you add makes it different,” he said. “I like pure, authentic food, the way it was made 100 years ago, and I try to keep [both food and footwear] basic and just add little things that are mine.”

Mayer also mixes his love of food and footwear in a more obvious way. Each season, he pens a new cookbook-lookbook that features shoes and recipes. Now working on the third installment, Mayer hands out the books at previews for

Paul Mayer Attitudes. In addition, visitors who attend events at the brand’s Manhattan boutique are often treated to gastronomical goodies in addition to a peek at next season’s styles.

The fall ’13 cookbook-lookbook, titled “Shoe Chic & Bottoms Up,” focuses on drink recipes, as the designer also enjoys inventing cocktails that riff on classic libations. His favorite relaxation destination, The Royal Hawaiian in Honolulu, even put Mayer’s cucumber cocktail, called the P.M. Attitude, on its bar menu. Inspired by that drink, the hotel will publish a recipe book highlighting its signature cocktails this year.

Travel has had a major influence on Mayer as a designer and amateur chef and mixologist. His tropical drinks reflect his affinity for Hawaii, and many of his culinary secrets came from visiting top-notch eateries during his world travels. Mayer has visited countless countries, both as a child on family vacations and as an adult traveling for business. “There are great cooks and restaurants everywhere we make shoes,” he said. “I have become friendly with a lot of them, in Italy, Spain and across the U.S. I also shop for food everywhere I travel.” A few of the designer’s favorite dishes, both to order in restaurants and to make in his kitchen, are risotto, gazpacho and onion tarts.

At home, Mayer cooks up those treats and elaborate meals for his longtime partner and Paul Mayer Attitudes co-founder, Jeff Levy, as well as the friends they invite for frequent dinner parties. And always on his mind is his core footwear customer, whether Mayer is in the design studio or the kitchen. “All the foods and the cocktails [I make] are totally [a reflection of] my customers,” he noted. “They like refreshing things that are light and elegant.”