Up Close With Footwear Power Couples 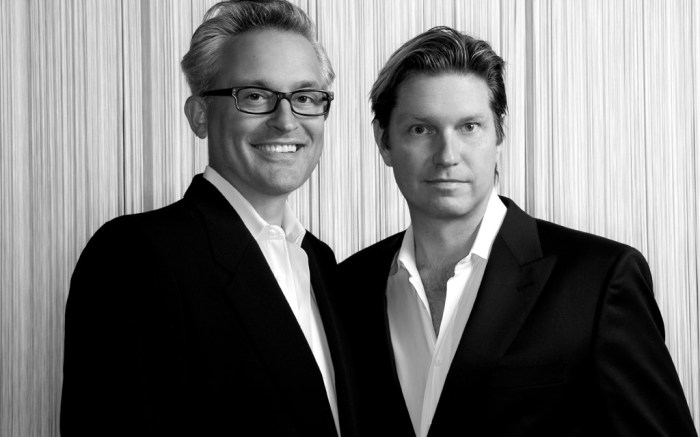 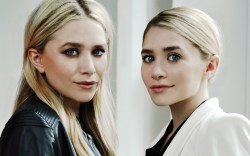 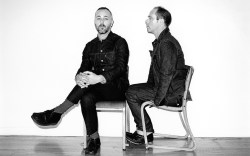 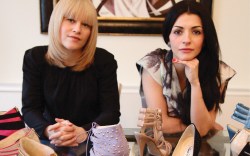 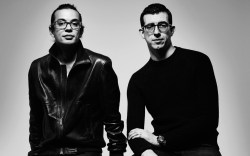 Working as part of a designing duo is often proof that two heads are better than one.

Creative teams, made up of both high-profile personalities and up-and-coming designers, said there are certainly benefits to having a close partner. That is, if the co-designers in question are able to negotiate the distribution of duties without stepping on each other’s toes.

“It can be a difficult industry, but one of the biggest advantages of having a partner in business is you are able to be in two places at once,” said Mark Badgley of luxury label Badgley Mischka. “James [Mischka] could go off and travel for [production] while I stay home and work on the collection. We share a single vision and there is trust, which is a tremendous asset.”

Other design teams interviewed by Footwear News — including sisters Mary-Kate and Ashley Olsen; college friends Natalia Barbieri and Jennifer Portman of Bionda Castana; partners Steven Cox and Daniel Silver of Duckie Brown; and brothers Shane and Shawn Ward — echoed similar praises about collaborating, but they acknowledged that it takes a special skill to make the arrangement work.

“Ashley and I respect each other’s opinion. We hear each other out and ultimately come to the decision that’s right for our business,” said Mary-Kate Olsen of Elizabeth & James. “If we disagree, [the design] just doesn’t happen.”

For Barbieri and Portman, who met during college in London and launched Bionda Castana in 2007, working with a partner adds a new perspective. Barbieri said she wouldn’t have that while designing alone, and it keeps her grounded.

“Sometimes you get caught up in your own head and your own world. You get this fantasy idea and it doesn’t make sense whatsoever,” she said. “It’s nice to have that banter and to brainstorm and have someone who also has a structure.”

“You can second-guess yourself, [but] when you have a partner who shares that vision, you can challenge each other and make the process stronger,” said Badgley, who started his line with Mischka in 1988.

Added Mischka: “We second-guess ourselves all the time, but together we reconfirm what’s right and come to a resolution very quickly.”

At contemporary label Madison Harding, designers Barri Budin and Hilary Rosenman, who met while attending Skidmore College in Saratoga Springs, N.Y. and launched their label in spring ’07, said that having two points of view ultimately helps the brand reach more consumers with a wider range of styles. “Barri wears 4-inch heels all day. I can’t do that. I have to wear boots to be comfortable,” Rosenman said. “Barri might be geared toward the pumps from our line, while I like the cowboy boot. It provides a well-rounded collection.”

For some designers, it works best to clearly divide the daily duties and day-to-day operations.

Danielle and Jodie Snyder, the sisters behind accessories label Dannijo, which launched in 2008, have split the business responsibilities.

“I tend to do more of the creative and Jodi handles more of the business side, but we have fun designing together,” said Danielle Snyder. “It’s a happy and healthy marriage because we are still really involved in what each other is doing.”

The Wards, who started their namesake line in 2004 before partnering last year with Pentland Group Plc’s Kangaroos brand to create Roos–Shane & Shawn, said the decision on how to best operate their business was an easy one. Shane, an art school alum, spearheads the design, while Shawn, who studied engineering, tackles the finances.

“Our training is in different fields, so there is never a lack of ideas,” said Shane Ward. “It’s always great to have a partner in crime and a support system.”

There are other, more personal, factors that can work toward a successful brand model.

At Duckie Brown, it’s about being vocal. Silver and Cox founded their label in 2001, and in 2009 teamed up with the Florsheim label to launch Florsheim by Duckie Brown. “We’re not afraid to keep asking what we want from one another, whether it’s personal or a work thing,” said Silver.

But Mischka pointed out that partners have to leave their attitudes at the door. “We have very little egos when it comes to each other, and that’s very important,” he said.

Ashley Olsen, however, said that challenging each other is what gives their brand its edge. “When we don’t see eye to eye, we challenge each other [to come to an agreement]. ‘How does this fit into the story we’re telling? Why this material? Are we designing for the Elizabeth girl or the James girl?’” she said. “If we don’t come together on an idea, big or small, we drop it.”

and Graeme Fidler began working together in 2003 when they joined Aquascutum, and then ventured out as a team in April 2010. And after almost 10 years in the same office space, they have perfected the work-life balance.

“We both have separate, full lives away from work, and that’s been an important factor for each of us as it helps provide balance and a perspective away from fashion,” said Herz.

When two heads share the design process, it can be difficult to maintain the brand’s focus, but successful duos said they work hard to keep a consistent aesthetic.

At Bally, the label retains a singular vision by always connecting back to its Swiss heritage. “We took time at the start to really understand Bally, what the brand is about and what it wants to be,” said Herz. “That helped ground us in Bally’s DNA, which in turn, keeps your focus aligned with brand values.”

Barbieri and Portman both have a hand in Bionda Castana’s product design, though ultimately Barbieri has the final say because, according to the pair, they’ve learned that works best for the brand.

“Both Natalia and I have equal contributions in terms of the actual design of the styles for the collection, but when it comes to the choice of materials and colors, I just accept that Natalia has better judgment,” said Portman. “Every season I put forward my choices and every season she looks at me exasperatedly. Needless to say, they do not make the final cut. Which is good because, if it were entirely up to me, the collection would look more brash than the end Bionda Castana result.”

Silver noted that after working with Cox for 11 years together, their design taste and preferences have melded. “We have somewhat of a similar aesthetic — what we think is appropriate or right. We have a similar idea and similar taste levels,” he said. “We understand what luxury is and what something ahead of the curve would be.”

“It’s just [about] figuring out what works for us,” said Jodie Snyder. “And as the business grows, it becomes a lot easier once you figure out your rhythm.”

And some days are better and more productive than others.

“You have to be careful how you talk to one another. You don’t want the personal to seep into the business,” said Cox.

Budin agreed that occasional, or even frequent, disagreements are just part of the job. “We have like eight arguments every hour. We’re normal people who get frustrated and tired. It can be exhausting and crazy, and it’s easy to take that out on somebody else sometimes,” she said. “We argue like sisters, but we know we are in it for the long haul, so you get over things quickly. It’s a waste of time to hold resentment or grudges.”

But Ashley Olsen observed that there is something to be said for conflict and at the end of the day, those disputes can ultimately make the relationship — and product line — stronger.

“We’re aware of what’s going on around us. Mary-Kate and I ask a lot of questions to understand what’s working in the market. We listen to customer feedback and respond,” she said. “We also push boundaries and ask our retailers to trust us on certain trends and ideas.”

For designers wondering if they could benefit from a co-pilot, Fidler advised that any potential partnership needs to have clearly defined boundaries from the start. “As with anything, it’s easy to be extremely positive and gung-ho at the start, but as reality bites, it’s important to have already thought through the tough stuff,” he said. “You never stop learning in this industry, and it’s great to seek out like-minded people and find mentors as you’re starting out.”

“You have to find the right partner, someone with a similar sensibility and similar goals in regard to the label,” echoed Silver.

And even when both designers share a vision when they set out, it isn’t always possible to stay on the same path as careers develop.

Be Inthavong and Steve Dumain, who founded the Be & D accessories line in 2004, ended their partnership in 2008 after finding themselves at loggerheads. “We felt we had grown so much together and it was time for us to part ways and see what else was out there separately,” said Dumain, who continues to run the brand by himself.

“There are wonderful things to working with a great design partner, when all the elements fit into place,” he added. “The challenge is that if you are not in sync all the time, the voice can lose direction. But as a solo designer, the direction of the brand and identity become more clear.”

Overall, the design process among teams can be quite the roller-coaster ride, from partnerships gone wrong to the challenge of finding the perfect balance between roles. But the best duos find a groove and, ultimately, business success.

“The psychology of siblings working together — you do hit a rhythm and there is something to be said for your partner finishing your sentence or you leave a business meeting and you’re thinking the exact same thing,” said Danielle Snyder.

Silver added that it’s important to just have fun and enjoy the ride. “Having a partner makes it so much more interesting and puts a lot of fuel into the fire,” he said. “When that happens, it makes the [design process] that much more dynamic.”