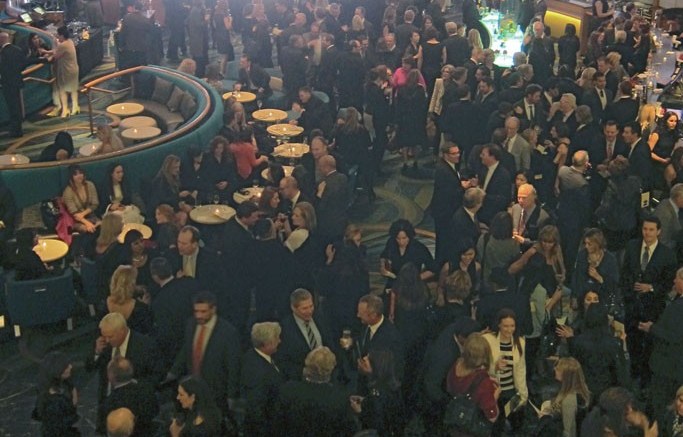 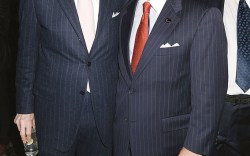 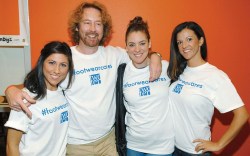 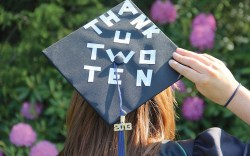 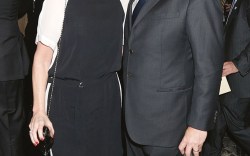 Two Ten Footwear Foundation’s biggest fundraiser of the year, set for Dec. 4 at the Marriott Marquis, once again will bring together 1,400 industry members — all for a good cause. This year’s dinner, which aims to raise $2.2 million, is particularly significant because it kicks off Two Ten’s 75th anniversary.

“What is important about the dinner is beyond fundraising,” said Neal Newman, president of Two Ten. “It is preserving a unique footwear tradition — expressing common humanity as an industry and a community. We put away [our competitive spirit] and pick up the hat and pass it around the room.”

The event also is a celebration of service in the footwear community and will recognize two outstanding members of Two Ten this year.

Mandy Cabot, co-founder, president and CEO of Dansko, will receive the T. Kenyon Holly Award for philanthropy in the footwear industry. Joe Ouaknine, founder and CEO of Titan Industries, is the recipient of the A.A. Bloom Award, recognizing his dedication to Two Ten and his fundraising efforts.

“[What sets Joe and Mandy apart] is this intangible combination of extreme savvy and wonderful, genuine caring that makes them both unique as business leaders. They’re making compassion a reality in their businesses, where so many other people just talk about it,” said Newman. “I can’t say enough about their sharp business sense, which combines with this powerful feeling that they’re here to help others.” (For more on the award winners, see pages 18 and 20.)

Helping others is at the heart of Two Ten’s core mission, and the organization saw record levels of need this year.

To date in 2013, the group has distributed $1.8 million in aid and received more than 3,000 calls to its emergency relief hotline. Call volume has doubled during the last three years, according to Newman.

The proceeds from the dinner are the primary source of revenue for the group’s Emergency Relief Fund, which offers support to people in the shoe industry who have lost their jobs, are struggling to pay medical bills or are facing a natural disaster.

“I liked learning how the industry takes care of its own, how it has heart,” said Belk Chairman and CEO Tim Belk, who is chairing this year’s event. “It’s not only about doing business; it’s about making a difference in the lives of others. … People who normally are very competitive come together and get behind a worthwhile cause, taking care of associates in the industry and kids of those associates.”

Belk and the dinner committee — which includes top industry executives such as Brown Shoe Co. CEO Diane Sullivan, Wolverine World Wide Inc. head Blake Krueger and many others — already have raised around $2 million for the organization. They hope to collect another $200,000 by the night of the gala.

Jim Salzano, chairman of Two Ten, said the growing need in the footwear community demonstrates how Two Ten has evolved in recent years, becoming a bigger force in the industry and beyond.

The group will spotlight several of its new initiatives at the fundraiser, including its Footwear Cares Week. The weeklong service program debuted in April, and 68 footwear companies and 3,000 people volunteered for a variety of organizations.

As part of Two Ten’s 75th anniversary, Footwear Cares will be expanded in 2014 to last the entire month of April. The organization hopes that 5,000 volunteers and 100 companies will participate.

Other highlights of the past year included the introduction of a veteran’s scholarship called Footwear Warriors, which recognizes a member of the military.

Kevin Donahue, CEO and chairman of Quabaug, the Massachusetts company that produces soles for U.S. military boots, led the charge for the creation of the scholarship. The first winner, Joe Fleury, served in the U.S. Air Force and is an operations manager for the Adidas distribution center in Mount Comfort, Ind. (see sidebar below for more on Fleury).

“It’s amazing how quickly [Footwear Warriors] resonated with the shoe community,” Salzano said. “We got financial commitment for this one right away and from across the industry. We’ve focused on getting out there and building the community.”

Those kinds of efforts are important to Steven Madden Ltd. executive Wendy Madden, who helped chair the dinner in 2012 and is overseeing the auction this year.

One of the largest auction items, donated by Wolverine World Wide, is a trip for four to London to attend a Taylor Swift concert and go backstage.

“The dinner is a team effort … to produce a fun event that raises significant dollars for the foundation,” said Madden. “Two Ten helps those in the industry during times of pressing need. At Steven Madden, we saw how Two Ten directly assisted our employees after Hurricane Sandy.”

Newman noted that with the 75th anniversary approaching, he is excited to highlight the efforts of the organization and the industry.

“Even though we’re competing, we’ve known each other a long time and we’re in an intimate industry with a community feel,” Newman said. “Footwear folks have a genuine focus and deep appreciation for their customers and community.”