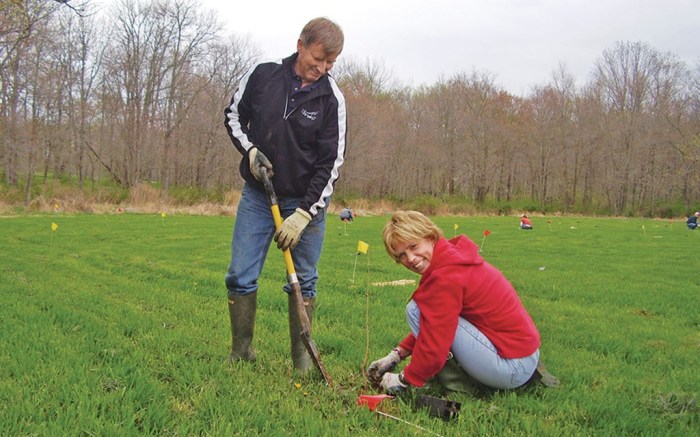 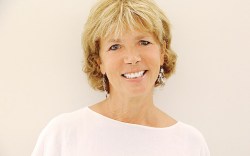 Mandy Cabot has a reputation for giving.

Not only is the president and CEO of Dansko active in Two Ten Footwear Foundation but she is passionate about a variety of social and environmental causes.

In recognition of Cabot’s commitment to improving the lives of others, Two Ten will recognize her with the T. Kenyon Holly Award for outstanding humanitarian achievement.

“Mandy has been doing some remarkable things with [husband and Dansko co-founder] Peter Kjellerup,” said Two Ten President Neal Newman. “Her work in sustainability and business leadership in [her community] is done out of tremendous passion and dedication. It would be hard to find a person who better embodies generosity and humanity.”

Cabot’s affinity for helping others can be attributed, in large part, to her family’s commitment to giving back. Her grandmother established the Virginia Wellington Cabot Foundation in 1992 to allow her family to get involved in philanthropy.

“There’s nothing that can alleviate your own sense of helplessness or despair like looking at folks who are in greater need than you,” said Cabot. “It gives people perspective on their lives.”

Philanthropy is top of mind for the executive and her employees at West Grove, Pa.-based Dansko. Cabot used her family’s organization as a blueprint for the creation of the Dansko Foundation, which celebrated its 10th anniversary this year.

As part of the initiative, the company matches employee donations to the charity of their choice, dollar-for-dollar up to a certain amount. It also gives employees 20 volunteer hours (during the work day) to use with any organization and provides charitable gifts on their behalf.

Through the foundation, the company has donated more than $500,000 to at least 80 nonprofits in and around the Delaware Valley. (The foundation is funded by sales from Dansko’s company store and website.)

For Cabot, helping her extended footwear family is as important as aiding her community. She joined Two Ten about six years ago at the suggestion of former Wolverine World Wide Inc. head Tim O’Donovan, who had heard about her other philanthropic work. “We’re supporting people within our industry without whose help we really wouldn’t be as successful,” said Cabot. “We count on these people.”

In particular, Two Ten’s educational initiatives have resonated with Cabot, who supports the organization personally and through Dansko, which endowed a scholarship fund. “We’re particularly interested in kids who apply for continuing education in environmental sciences,” said Cabot.

The CEO also was eager to spread awareness about Two Ten’s many programs. “What a great no-cost benefit I can pass along to my employees,” she said. “Scholarships, emergency relief money and counseling are available.”

Cabot tapped Newman to meet with Dansko’s staff to acquaint them with Two Ten’s offerings. “I don’t think they realized all that Two Ten does and can do behind the scenes for employees who may not want to go to their employer with questions or concerns,” said Cabot.

Beyond Two Ten, Cabot has backed a range of other charitable causes.

Bern Sweeney, president, director and senior research scientist at the Stroud Water Research Center in Avondale, Pa., applauded Dansko employees for their efforts to coordinate a local tree planting program, in addition to making donations to the organization. “Without Dansko, many of our field experiments would have been impossible,” added Sweeney.

Denise Day, president and CEO of the YMCA of the Brandywine Valley, also saluted Cabot, who has served on the nonprofit’s board for more than 10 years. “Mandy and Peter are honorary co-chairs of our capital campaign and have generously supported it,” Day said, adding that the couple, together with Dansko, also committed $500,000 for the Y’s new performing arts center. “Dansko is synonymous with doing good. Their employees exude that. It’s a place where people want to work.”