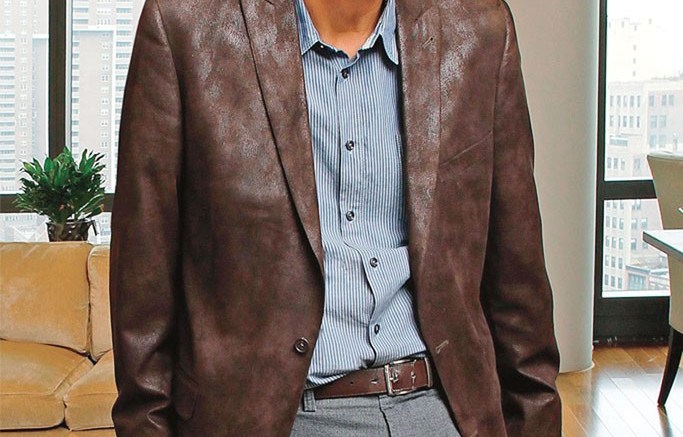 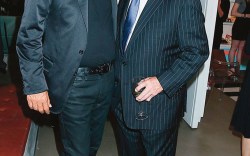 He has a big personality, and it has served him well in both business and philanthropy.

Joe Ouaknine will receive the A.A. Bloom Award at Two Ten Footwear Foundation’s upcoming gala. The award was created to honor an individual who has dedicated a large amount of time and energy to the nonprofit organization.

The CEO of Titan Industries Inc. has been a Two Ten board member for more than a decade. In addition, he has served as chairman of the annual dinner’s solicitations committee for the past seven years.

“I like to raise money [and have fun doing it]. I’m very colorful,” said Ouaknine. “There are so many different personalities on the board, and I’m louder than most.”

Ouaknine said he was surprised to receive the award, which is named after A.A. Bloom, the late founder of Two Ten. He heard the news on a conference call that he thought was arranged to discuss two other potential nominees. “I was a little shocked, but it’s something to be really happy about. It’s a great honor,” Ouaknine said.

Two Ten President Neal Newman noted the tribute is a fitting one.

“Other than Joe’s day job, most of his free time is spent helping Two Ten in so many ways. He brings such a wonderful and positive spirit, and he really helps us raise the funds we need,” Newman said. “His sense is that he is on this earth to help other people. It’s a wonder, and he’s very unique.”

Fellow board member Bob Campbell, chairman and CEO of BBC International, noted that Ouaknine’s passion made the decision to honor him an easy one.

“His dedication to make the footwear community overall a better place is seen in his tireless efforts and support for the Two Ten organization,” Campbell said. “Joe dedicates an enormous amount of time, and his efforts to raise funds go way above and beyond anyone in the industry. He is an inspiration to us all.”

Ouaknine recalled that he was proud in 2008 to be part of the team to break the $1 million-donation mark for the dinner, and then to top it in 2012 by raising $2 million. For December’s event, he plans to hit another record.

“This year was the most challenging year businesswise, and we have had more people say no than ever before,” said Ouaknine, who was first recruited to the board by Carol Baiocchi, SVP and DMM of footwear at Kohl’s. “But with a good committee and hardworking people who are persistent, we got [donations] and that’s a great accomplishment.”

But the CEO, who also enjoys participating in Two Ten’s golf tournaments and other outings, acknowledged that asking for donations is not always easy.

“You are sort of putting them in an uncomfortable situation, but I get such a pleasure out of calling people and asking them to give,” he said. “I love raising money.”

“Joe is the kind of person who, if he is going to be involved in something, is all in. He rolls up his sleeves and gets the job done. He is energetic, charismatic and effective,” said Schwartz. “He has been shouldering this burden for the last several years and each year [he and his committee do] better than the last. And this has taken place during some very tough economic times.”

Ouaknine’s charity work extends outside Two Ten as well. He spearheads fundraising events for Baba Sale, a Jewish organization that works to aid the underprivileged communities in Israel.

As he juggles his business responsibilities and other philanthropic pursuits, Ouaknine said he is planning for 2014 to be his last year as a member of the Two Ten board. As one of his final acts, he is helping to field candidates for next year’s dinner chair position. “I like being part of the selection for such a great cause,” he said. “The shoe business is what brought us here, and we need to help the people [in need] in our industry.”