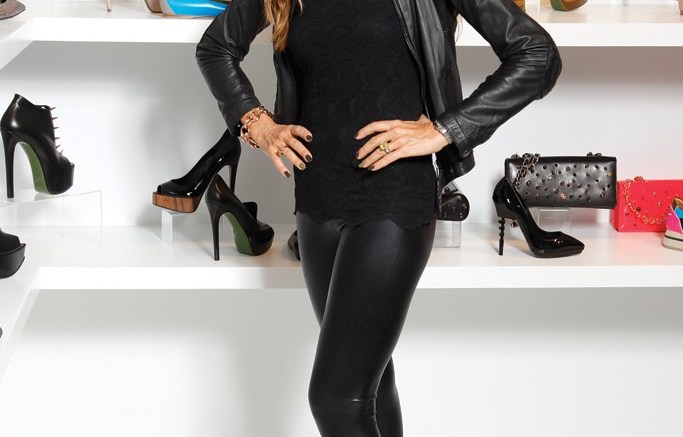 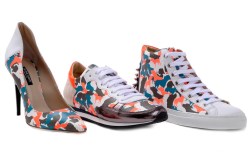 If there’s anything Ruthie Davis loves as much as shoes, it’s dogs. The Manhattan-based footwear designer dotes on her two Italian greyhounds, Desert and River. “First of all they are stunning, but more importantly, they are affectionate,” she said. Davis is bringing together both passions for spring ’14, via a collaboration between her eponymous label and her friend, fellow designer and animal rights activist John Bartlett. The duo created three shoe styles, a sustainable, vegan women’s pump and two fashion sneakers available for men and women, retailing from $398 to $698 and slated to hit shelves in January. Ten percent of the proceeds from each pair sold will benefit Bartlett’s Tiny Tim fund that supports no-kill animal rescue groups. “I already have plans for the next round of cruelty-free vegan shoes that will benefit [the charity, and] while not all of my shoes are vegan, I now plan to always offer vegan options in my collection,” said Davis. Other 2014 plans include launching Ruthie Davis e-commerce, followed by the label’s first brick-and-mortar boutique. Davis gave Footwear News a peek into her world, dishing on canines, clothing and celebrity style.

Highest heel I would wear: “I have a 7.5-inch Ruthie Davis wedge that I wear and love.”

Oldest item in my closet: “A ‘Trashy L.A.’ race car cropped nylon jacket in hot pink. I got it when I was living in L.A., and although I rarely wear it, I can’t seem to let go of this little piece of Malibu Barbie.”

A pet should never be forced to wear: “I can’t believe I’m saying this, but shoes! Dogs were not meant to wear shoes. They look so uncomfortable in those little bootie things people put on them.”

Current celebrity style obsession: “I am loving the latest incarnation of Lady Gaga, all sleek and minimal in little black dresses by Balenciaga — paired with my Ruthie Davis Naomi lucite heels, of course.”

No. 1 quality I look for in a friend: “Passion for life.”