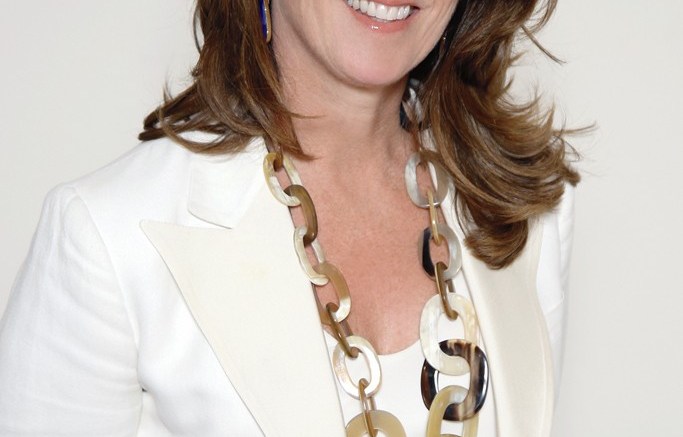 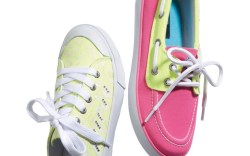 “I will never take a license that isn’t worldwide,” the BBC International chairman and CEO told Footwear News last month. “We’re capable of making good shoes for anybody, anywhere. If there’s no volume to the business, I don’t care how good the name is. I won’t take it.”

It makes sense then that the executive is most excited about the newest addition to his portfolio: Heelys, for which he signed the global license in December, at the same time the label sold to Sequential Brands Group for $63 million.

“Heelys makes me feel like a baby again. It gives me a big kick,” Campbell said, explaining that driving the excitement is a completely revamped product line, with sleeker designs and higher quality, that will be sold globally, from Latin America to Russia and New Zealand.

“We’re in every country you can think of,” he said, noting that distribution will be limited to sporting goods retailers and will steer clear of mass channels. “We can bring the brand back to where it was before it was oversaturated, and we think we can double the business.”

Tracey McLeod, president of BBC International, added, “With the new styling, the opportunity is there to get back into a fun, active or interactive product for kids.”

Campbell and McLeod also are excited about the Sam Edelman children’s line, which will enter its third season in spring ’14. Being the newest licenses in the stable, both it and Heelys are poised to grow the most over the next three years, said McLeod.

“There’s so much more to happen [for Sam Edelman] in the U.S., and we’re launching Europe for spring ’14, so we’re really opening up in that market, with Selfridges, Harrods and independents,” she said, noting that the label’s popularity was driven by its ability to “take what’s happening in women’s down to kids’ and make it appropriate for the young girl who likes high fashion.”

In addition, the CEO revealed that BBC is poised to take over the Sam & Libby for Target kids’ line, tentatively slated for a fall ’14 debut.

The runway for growth also is long for the firm’s other established brands, such as Polo Ralph Lauren, its largest and most well-developed license, which it has held for 10 years.

According to McLeod, that business has developed in tandem with Ralph Lauren’s overall footwear category, with the toddler segment seeing the strongest momentum.

She said, “To stay relevant in styling, we work very closely with Ralph Lauren’s apparel and footwear groups to coordinate materials, colors and palettes, so everything syncs. The opportunity is maximizing the brand globally. We’re in multiple markets, but we’re slowly penetrating Asia — mainly Japan, Korea and China — and Latin America.”

McLeod also added that at the moment the best prospects in children’s involve lifestyle brands that have an athletic spin, or fashion brands with athletic appeal.

Meanwhile, Guess and DKNY are experiencing greater momentum in Europe and Asia. Guess is especially strong in Italy, and DKNY, in Spain, said McLeod.

As for Buster Brown, Campbell plans to eventually expand distribution for the brand, which is sold exclusively at Famous Footwear.

Additionally, BBC is renowned for its licensed character shoe business with studios such as Marvel Comics, Warner Bros. Entertainment Inc. and The Walt Disney Co. Unlike the branded part of the company, sales for character shoes depend on how well the movies perform at the box office, Campbell said.

But the exec said both areas of the business keep him on his toes. “It’s not about [which is] easier or harder,” he said. “A brand like Polo stays around a long time, while a character goes in and out every two or three years .”

Asked what his favorite character is, Campbell quipped: “When it sells.”

The hard-nosed businessman has a similar approach to managing his brand portfolio. Noting that diversity is key — as are new ideas and fresh concepts — Campbell said his most important consideration when deciding whether to sign a new license is that the brand can’t be in competition with anything already in the firm’s stable.

That way, BBC can continue to cater to as many corners of the market as possible.

“We sell everything — from character shoes to better brands — to everybody, from Kohl’s to Nordstrom,” he said.