Footwear Runs the Gamut at VMAs 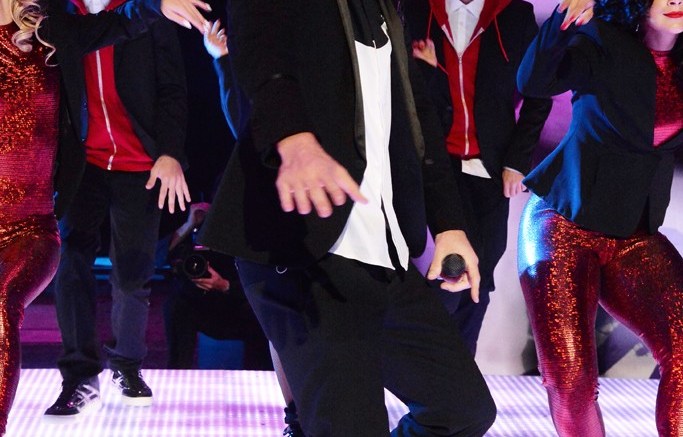 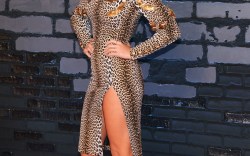 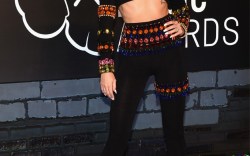 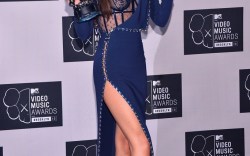 The MTV Music Awards focus on the music, of course, but shoes had their moments, too.

Miley Cyrus was the most talked-about celebrity at Sunday’s show, which was held at the Barclays Center in Brooklyn, N.Y., for her twerking dance moves and provocative on-stage performance with Robin Thicke. But while walking the red carpet, Cyrus kept things tame by pairing her two-piece ensemble with black platform pumps by Giuseppe Zanotti.

Justin Timberlake was also a standout performer, thanks to a special appearance by his fellow former ’N Sync members. Timberlake had two looks for the night: cap-toe laceups by Christian Louboutin and Alejandro Ingelmo sneakers.

Another performer, Katy Perry, donned a strappy single-sole look by Celine to walk the red carpet.

Selena Gomez, who won for Best Pop Video, opted for a Versace dress with a slit, which showed off her clear, iridescent pumps by the same designer.